Preparing your trip to Stuttgart: advices & hints - things to do and to obey 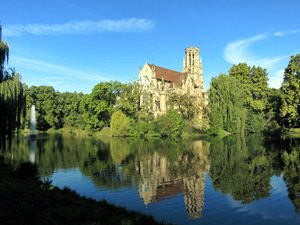 1. Travelers arriving to Stuttgart Airport can easily get to the city center by train. It runs from early morning to midnight; the interval between trains is 20 minutes. Train tickets are purchased in vending machines; they cost about 3.5 euros. It is important to validate the ticket before boarding the train.
2. The urban transport system also deserves the highest praise; there are buses, trams and underground in Stuttgard. Buses cruise the city even in the night; they have N mark next to the route. They cruise only on Fridays and Saturdays and depart from the Schlossplatz.
3. Fans of taxi rides have to consider that services are quite expensive. Don’t be surprised if the cost of a five-minute trip will be more than 10 euros; it would beneficial to travel by taxi only with a large company.
4. Those who hope to travel around the city and explore local attractions are recommended to rent a bike. Daily rent will cost about 13 euros; many rental offices deliver a two-wheeled transport to your hotel and take bikes from the parking lot when rent term ends.
5. Tourists accustomed to travel by car have to consider that many streets of the historic district are closed to vehicles. You can move around on foot or by bicycle, so it’s better to use the two-wheeled transport. Copyright www.orangesmile.com
6. Stuttgart is regarded as one of the greenest cities in Europe; it strikes with a number of local parks and their scale. Almost all parks have a specially marked area for a picnic, but it isn’t possible to have rest at a very first place. Going out to local parks be sure to specify current rules in advance.
7. The Stuttgart Card would be of service for fans of excursions. It entitles you to discounted rates at popular museums and galleries; the only drawback is the lack of discounts for public transport. The cost of a three-day card is about 10 euros.
Top touristic routes around Stuttgart: architectural sightseeing and landmarks
Discovering the architecture of Stuttgart from bird's eye view! Old Castle, Stuttgart TV Tower, Stuttgart State Theatre, Planetarium Stuttgart, Mercedes-Benz Arena, Church of St . Leonard, all those monuments are defining the image of Stuttgart …

Open
8. Tickets to museums and for recreational activities are better to be bought in advance. On weekends, there are queues at booking offices causing the loss of valuable time.

Preparing your trip to Stuttgart: advices & hints - things to do and to obey You can re-publish this content with mandatory attribution: direct and active hyperlink to www.orangesmile.com.
Stuttgart - guide chapters 1 2 3 4 5 6 7 8

What to visit being in Stuttgart - unique sights 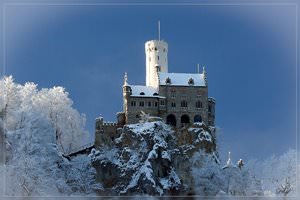 Distance from Stuttgart center - 41.4 km.
The last owner of the castle was Duke Wilhelm Urach, who created today's castle. Under the direction of the Duke, the last major conversion of the castle was carried out. Today it is an ideal example of Romanesque architecture. The old castle has a lot of interesting secrets. The rooms of his lower level were carved in the rock and are worth seeing for the followers of the unusual excursions. From the territory of the castle opens the wonderful panorama to the mountains. Many experienced travelers prefer to visit this area in autumn or spring. … Read further 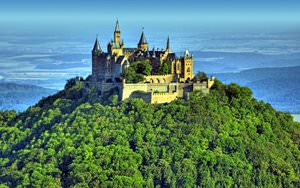 Distance from Stuttgart center - 52.6 km.
The followers of the mystical stories can wander through the ancient underground vault. This is often the strong din, for which there is still no physical explanation. Perhaps the movement of air through the narrow underground corridors is the reason for this. The locals believe that the ghost lives in the underground vault. Throughout the year the interesting cultural events, which are dedicated to the national traditions and history of Baden-Württemberg, take place in the castle. In summer, the open-air cinema is set up on the Burgterritorium. … Read further 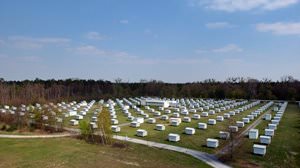 Distance from Stuttgart center - 65 km.
The widely used extrapolation method allowed modeling. But even such a universal method did not allow modeling some complex processes of extensive air showers. Such computer simulation systems were the first in the world. They allowed visually assessing the course of many physical processes. Researchers from all over the world have been studying them for decades. The researchers managed to get a lot of important data over the years of the unique installation. They estimated not only the energy of the studied cosmic particles but also their approximate mass. … Read further

Tips for the cities around Stuttgart

Karlsruhe
2. Local markets and fairs sell a huge variety of gifts and souvenirs. Numerous holidays and fairs are also great places to purchase national food. Bargaining is not accepted in local markets, but if a seller feels sympathy for a buyer, (s)he may add a souvenir to a purchase. 3. In order to rent a car, tourists will need a driving license of the international standard, a ... Open »
Baden-Baden
2. The majority of public institutions are open Monday through Friday. The working day here usually starts at 8:00 - 8:30 am and ends no later than 3 pm. Thursday is usually considered a long working day, on which the agencies and organizations can work until 17:30. 3. When you plan to make a walk, you are highly recommended to take a copy of your identity card. It may ... Open »
Ulm
2. Travelers having enough time are sure to visit neighboring towns, which can be easily reached by train. The trip to Stuttgart will take no more than an hour, and to Munich it would be half an hour. The fare in these cases will be about 15 and 20 euros, respectively. 3. The warmest months of the year are July and August; at this time the average daily temperature is about ... Open »
Mannheim
2. The utility supplied voltage is 220V. All the hotels and inns are equipped with European standard sockets. During preparation for the journey one should check all the appliances taken in the tour for compatibility as well as buy necessary adapters and connectors. 3. Prudent tourists will love local supermarket stores Karstadt, Kaufhol and Hertie. There the tourists ... Open »
Strasbourg
2. The vast majority of important landmarks and cultural venues are located in the historic center of the city, so travelers are advised to explore center on foot. Every building in the area has a unique history. Many historic buildings, restaurants and shops are located here. 3. July and August are the hottest months of the year; the average daily temperature during this ... Open »
Konstanz
2. A common mode of transport for locals is the bicycle so almost all roads in the city have special cycle lanes. Tourists can rent two-wheelers at one of the rental points. 3. The most prestigious and expensive cafes and restaurants are located on the lakeshore. Thrifty travelers are recommended to look for restaurants away from the waterfront and central streets where ... Open »

Travelling to Stuttgart - advices and tips. What should be provisioned in advance, the rules you might want to follow, and the things you better avoid doing in Stuttgart. We help you to make your trip smooth and easy, with no unexpected surprises.