Preparing your trip to Berlin: advices & hints - things to do and to obey 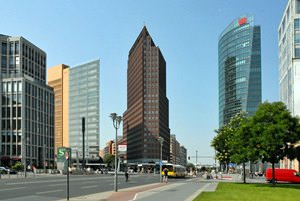 1. Tourists, who prefer to save on everything during their rest, should purchase a handy pass «Berlin - Potsdam Welcome Card». The pass provides discounted rates in public transport, both in the capital, and while traveling to the capital’s close surroundings. In addition to this, holders of this pass have an opportunity to get discounts at museums and theaters.
2. The majority of the city’s institutions are closed on Monday. Tuesday and Wednesday are the most suitable days for excursions - many museums and exhibition galleries work till late on these days.
3. You should speak to local residents using their name or position. If you don’t know such information, then you can use the standard form - «Herr Doctor». The reason for this is in the fact the word "doctor" has many meanings in Germany, so it’s appropriate when referring to people of different professions.
4. When entering a cafe or a restaurant, make sure you greet the people present with the word «Mahlzeit», which can be literally translated as "bon appetit".
5. Stores in Berlin are located literally on every street. This is true for both fashion boutiques and small souvenir shops. Copyright www.orangesmile.com
6. The city is very convenient to travel by public transport. The transport chain is really diversified, and there are trolley-buses, trams and buses, trains and underground in Berlin. The subway line covers all important areas of the city. We should also note that certain types of buses and trolley buses run in the city even at night.
7. When you plan to make a walk, it's better to bring a copy of the passport or the hotel card with you. The identity document will help you to avoid many troubles.
Old hotels keeping the history of Berlin
The history of Altberlin Berlin dates back to 1874. Until now the magnificent hotel has retained its unique style of Kaiser Wilhelm times. When the main restoration works were finished, the …

Open
8. There are many internet cafes in the city. Many large bars and cafes have free Wi-Fi access.
9. All major stores, shopping malls, cafes and restaurants accept credit cards, so there’s no need to take large sums of cash with you.
10. It is better to get cash Geldautomat ATMs as they charge a small fee and are located near every major public institution or a shopping center.

What to visit being in Berlin - unique sights 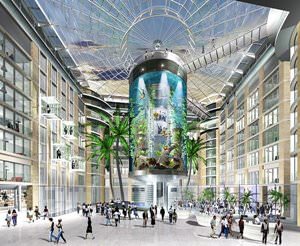 Distance from Berlin center - 1.1 km.
The strange elevator was opened in the hotel in 2003. It is the result of the joint project of the companies International Concept Management, Inc. and Reynolds Polymer Technology. According to the calculations, the construction of the elevator cost almost 13 million euros. The elevator in the chic hotel of Berlin is two-storey. From the beginning it should serve not only as a practical element of the building, but also to decorate the interior. … Read further

Distance from Berlin center - 1.1 km.
Caring for such an unusual object of decoration requires considerable time from the hotel staff, including labor and costs. Since opening of the aquarium, the staff of the luxurious hotel includes divers who clean the aquarium and feed its inhabitants. The best way to appreciate the most unusual aquarium in Germany in all its glory is to be a guest of the upscale hotel. A huge tank is set outdoors. There are cozy seating areas, as well as some windows and elegant rooms overlooking a courtyard. … Read further 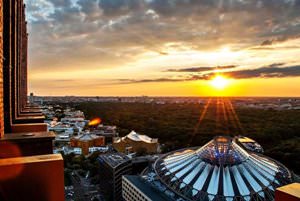 Distance from Berlin center - 1.2 km.
Panorama Punkt is equipped with special information stands that make a tour even more informative. One floor below, there is a wonderful coffee shop with a huge selection of traditional German desserts. Its hall features panoramic windows. Many travelers feel that fencing hinders in making nice photos. Attendants strongly recommend not to push cameras behind bars, because many visitors of Panorama Punkt have already lost their precious equipment doing that way. … Read further

Tips for the cities around Berlin

Potsdam
2. Tourists who plan the big trip program need to arrive to the city since May and until September. During this time there is the best weather for walking, even when it is the high point of summer, the temperature usually don’t increase higher than 25 degrees centigrade. 3. On the city’s territory the public transport is represented as the big net of busses and trams. They ... Open »
Cottbus
2. The city has a well-developed public transport system, which is represented by buses. Any area of interest can be reached by bus here. 3. Traveling around the city by car is not really comfortable. The reason is numerous pedestrian streets, while some old streets are very narrow. 4. Lower Sorbian is considered the city's official language. It has a lot in common ... Open »
Magdeburg
2. It should be noted that the local people go to bed rather early that is why the calls after 21.00 are inexcusable. However in the morning the calls are acceptable from 5.00 am. 3. Most local people have a rather good command of English language but give preference to native language in communication. Before visiting Magdeburg one should better learn some phrases in ... Open »
Leipzig
2. It’s most profitable to exchange currency in banks, many of them don’t charge clients any fee. In exchange offices you have to pay attention not only on the exchange rate, but also on the size of the commission; sometimes it can reach 10% of the convertible amount. 3. Most stores and malls open at 9:00 am and serve visitors to 6:00-7:00 pm. Saturday is a half-day, and ... Open »
Dresden
2. Residents of Dresden go to bed very early and wake up early too. Therefore, do not make noise after 21.00 in hotel rooms and apartments. 3. The best time for phone calls is from 7 am to 9 pm. It’s also recommended not to disturb local residents with phone calls on Saturday night. 4. You should behave very quietly on the streets of Dresden. It’s better to avoid ... Open »
Wolfsburg
2. In large shopping malls, gas stations, and restaurants, you can pay with international credit cards. Cash will be useful to those who are planning to visit small gastronomic establishments and open-air markets. It is worth noting that banknotes with denominations higher than 50 euros are not common, and in some places, they may not even be accepted for fear of fakes. ... Open »

Travelling to Berlin - advices and tips. What should be provisioned in advance, the rules you might want to follow, and the things you better avoid doing in Berlin. We help you to make your trip smooth and easy, with no unexpected surprises.