Detailed hi-res maps of Naples for download or print 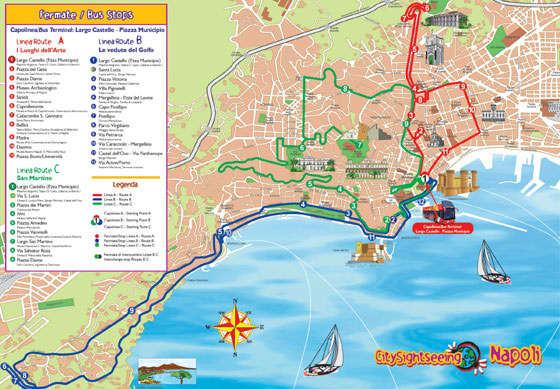 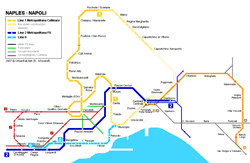 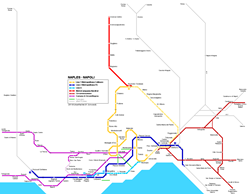 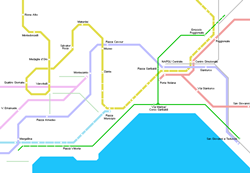 Search for services, infrastructure and sights on map of Naples

Our guide chapters over Naples

The capital of Campania offers several great escape clubs where tourists can spend their free time trying to find a way out of the room using their wits. The most popular center is simple-named Escape Napoli offering themes ranging from post-apocalyptic to historical. Another center - Aenigma Escape Rooms - is no less interesting. Here, participants can feel like Indiana Jones or try themselves as a tester of an … Open

Festivals and events in Naples

Another interesting festival that takes place throughout the summer (starting in late May and ending in late September) is held in the infamous city of Pompeii. During the simple-named Pompei Festival, the ruins of the ancient city turn into a concert venue where everyone can listen to delightful classical music. The main venue for musical concerts is the Amphitheatre of Pompeii. A visit to the festival can also be … Open

8. Gastronomy tourism fans should pay special attention to local pizza houses which are justly considered to be the best ones in Italy. All the restaurants and cafes welcome tips. A cash reward of 10 – 15% of total bill will be quite enough. 7. Payments in shops, restaurants and cafes should be made in national currency only as any other currency of the world may not be accepted. The currency … Open

Naples has one of the largest and most famous antique markets in Italy - Fiera Antiquaira Napoletana located on Via Caracciolo. It is only open on certain days, so the work schedule should be specified in advance. The range of goods it offers is huge, from old books and Christmas decorations to works of art and genuine antique jewelry. At this market, you can also buy a popular local souvenir - an antique … Open

Naples for children - what to visit

On a rainy day, take your child to Kinderland Napoli. This entertainment center is quite large and offers playgrounds for children of all ages, including play areas for the smallest ones. Safe soft rides, ball pits, slides, swings, trampolines, and a nice cafe - all kids would be happy to visit this bright place. For older children, there is an excellent recreation area with board games. Besides that, the center is … Open

Tourists who prefer walks in historical places would find it interesting to visit Castel Sant'Elmo located on a hilltop. The castle was built on the site of an old destroyed church in the early Middle Ages. The last major rebuilding of the castle took place in the 16th century. Since then, the castle has remained practically unchanged. Today the castle that survived many major battles is surrounded by a large … Open