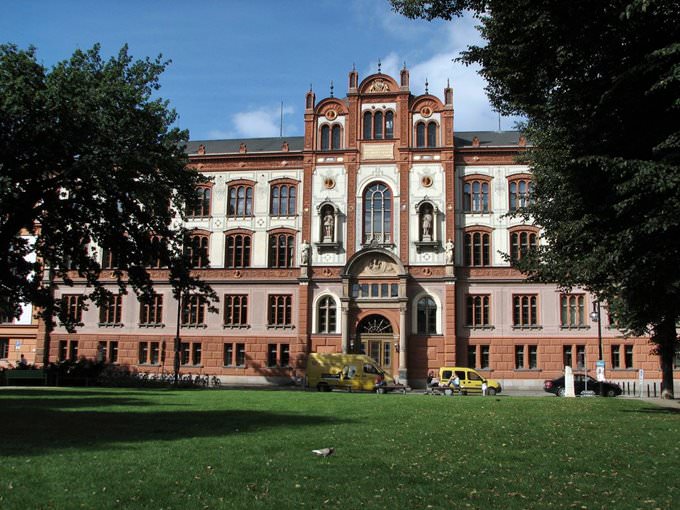 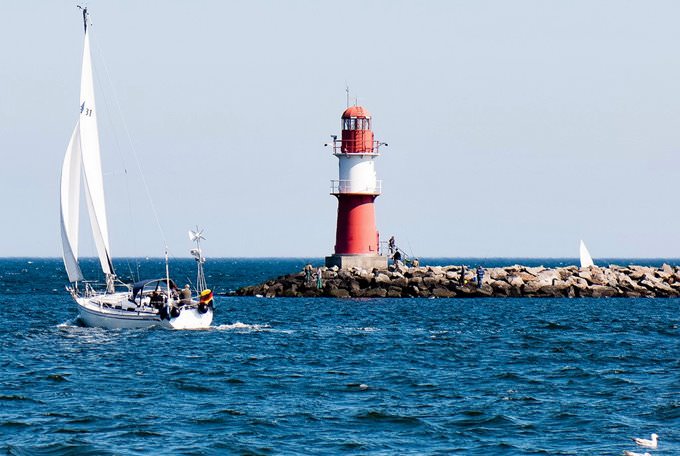 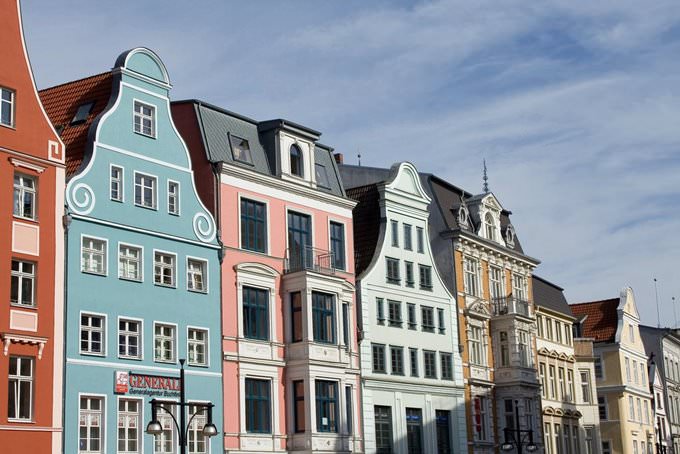 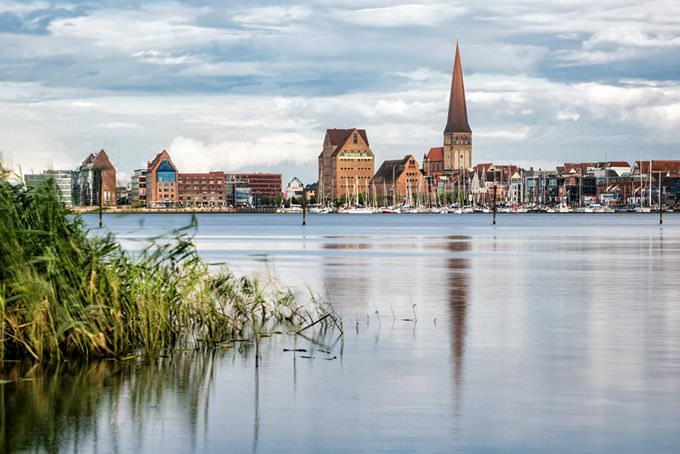 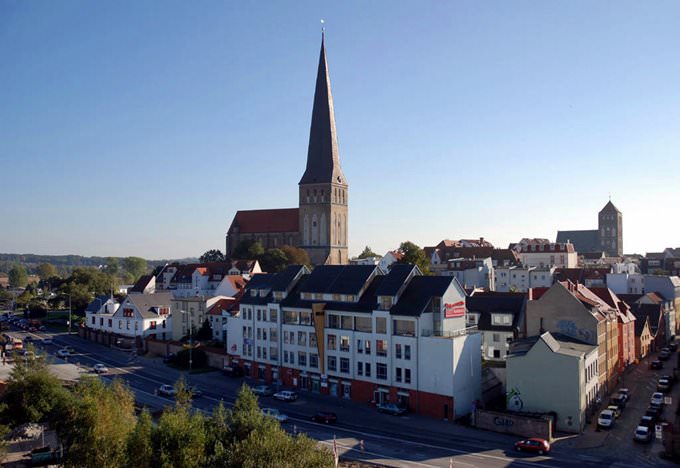 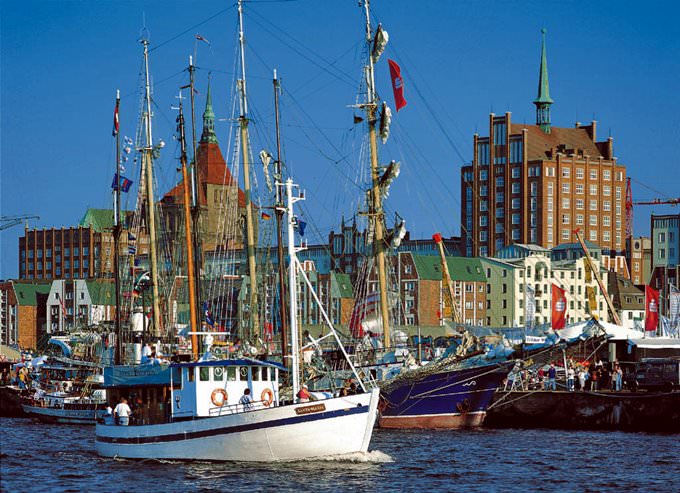 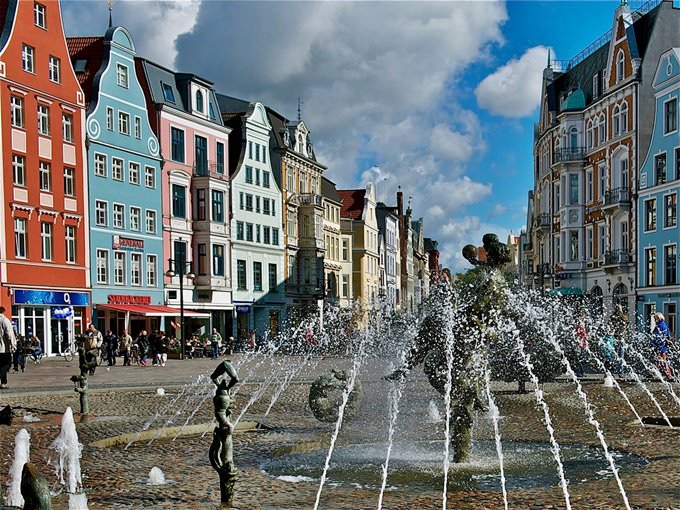 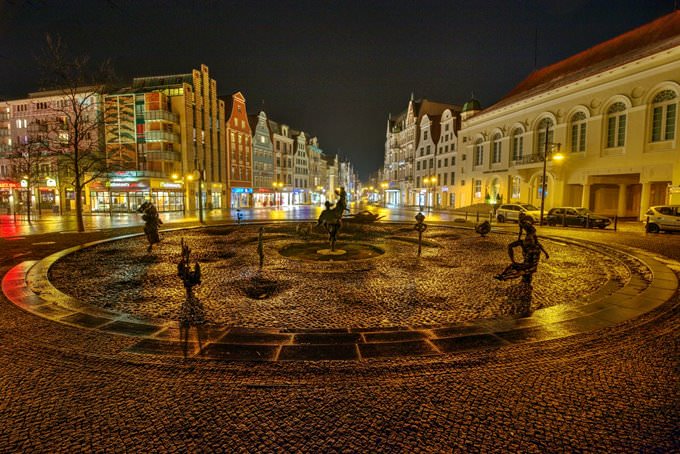 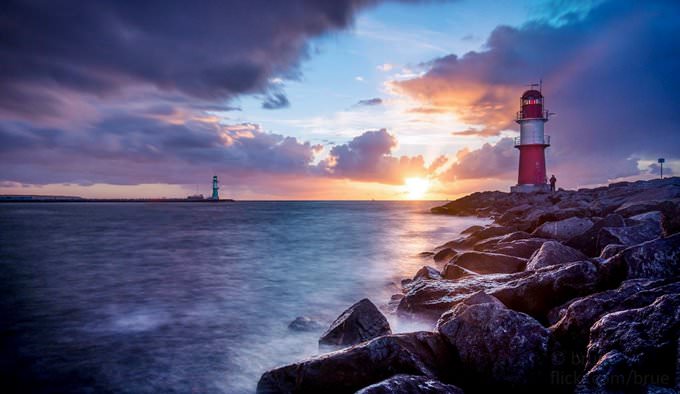 Chapters of the guide to Rostock

Meat dishes admirers will hardly find a better place to rest and eat in Rostock than the Block House restaurant. A major part of treats offered on the menu of the eating house is grilled. Visitors with kids are offered a special menu. In addition to dainty meat dishes the visitors will find a great choice of fresh salads as well as traditional potato garnishes typical for the area. In the evening the restaurant is … Open

One of the oldest buildings in the city is the monastery of the Holy Cross. The monastery was founded in 1270 on instructions from the Danish Queen Margaret II. This monastery complex is the only one in the city, that has been completely preserved centuries later. There are several unique buildings of the 13th century on its territory. Nowadays, it keeps the exposition of the historical museum. All buildings are … Open

2. Many large stores, malls and shopping centers have adopted cash transfer network and accept most international credit cards to pay for goods. Tourists should keep in mind that local residents are rather suspicious towards the notes of the value exceeding 50 Euro. Small shops can just deny accepting notes of such value. 3. The streets of the Rostock town are impossibly clean. Tourists should be … Open

Considering remarkable religious landmarks and sites of the town tourists should visit the St. Mary’s Church located in the very heart of the town. The church features luxurious inner decoration. One of the main features of the church is an astronomical clock which was constructed as far back as in the 15th century. Rostock hosts a great number of remarkable museums keeping unique collections of precious … Open

Search touristic sights on the map of Rostock

Photogalleries of neighbours of Rostock

Schwerin
Among other prominent architectural landmarks 1, Meklenburgshtrasse, old stables and the Town Hall are worth noting. Another important noteworthy object is located close to the Pfaffentayhs Lake. It is a monument to Heinrich Schliemann, the discoverer of Troy; every local resident knows about his legendary deeds. An old grinding mill, Schleifmuhle, built in the 18th century ... Open »
Lubeck
The most picturesque place in Lübeck is the small fishing village of Gotmund - a fabulous corner in a modern city. It is here where the characters of Grimms' Fairy Tales could live, which comes to mind when imagining narrow streets, fairy-tale houses with thatched roofs and cozy courtyards, and fishing boats in the harbor. For fans of such picturesque and peaceful places, ... Open »
Kiel
No one will remain indifferent to visiting the Freilichtmuseum Molfsee. Here you can get acquainted with the traditional way of life of local people in the Middle Ages. The complex includes a windmill, a mini-zoo with graceful horses (available for riding), craft workshops (smithy, pottery), residential buildings, a church. The amazing pastoral atmosphere contributes to ... Open »
Hamburg
Hamburg is home to a huge number of religious sites, each of which has its own unique architectural style and unique history. The beautiful Sankt-Jacobi-Kirche was built in the beginning of the 16th century. The halls of the church still keep valuable religious artifacts. In the main hall of the church you will see one of the largest baroque organs in Europe. It was donated to ... Open »
Malmo
Walking along the street Ystadvägen, you can see an extraordinary sight-a green parking, and residential buildings, with plants on their roof— such views will remain with visitors of the city forever. An interesting structure is a sculpture called Spectral Self Container, which can be found on Anna Lindhs Plats square, near the main educational institution of the city and ... Open »
OrangeSmile.com - online travel reservation expert providing reliable car rental and hotel booking services. We feature more than 25.000 destinations with 12.000 rental offices and 200.000 hotels worldwide.
Secure Server