Detailed hi-res maps of Lipari Island for download or print 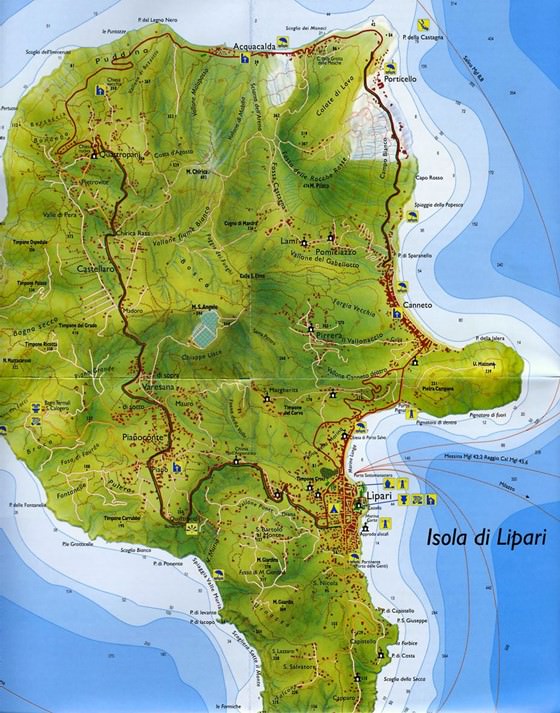 The actual dimensions of the Lipari Island map are 928 X 1181 pixels, file size (in bytes) - 263107. You can open this downloadable and printable map of Lipari Island by clicking on the map itself or via this link: Open the map. 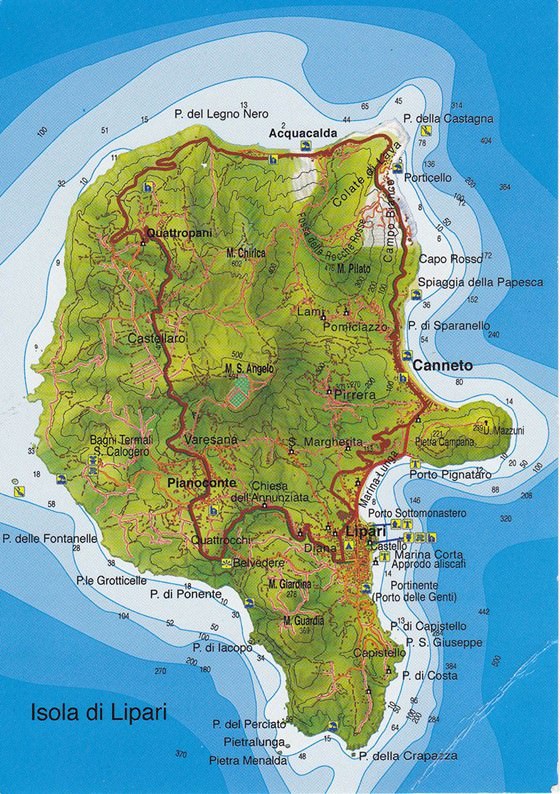 Search for services, infrastructure and sights on map of Lipari Island

Our guide chapters over Lipari Island

Enjoy the ancient atmosphere of the capital of Lipari with its narrow streets and small houses. Visit a small village Canneta. There are some stone quarries, where local citizens worked a few hundred years ago. Visit the Church of St. Joseph and the Church of our lady. Find the remains of ancient settlements and villas. Walk along the coast of the port, which was an important strategic point during the Punic wars. … Open

One of the most popular beach hotels is Carasco situated a few steps from the coast. This attractive modern hotel appeals to active travelers who wish to diversify leisure with fascinating excursions and unusual entertainment. It offers excellent Carasco Beach, a tour desk, a water sports center and a landscaped territory with swimming pools and recreation zones. The hotel is suitable for travelers with children, as … Open

Be sure to spend some time on a sea excursion around the island. This trip gives you an opportunity to visit places, where you can get only by sea and enjoy the beauty of Lipari island. One more good idea is to visit the other parts of Lipari archipelago. They are Salina, Volcano, Filicudi, Alicudi, Panareo and Basiluzzo. You will definitely find something interesting on the islands. For example, craters of … Open