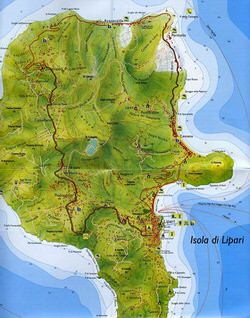 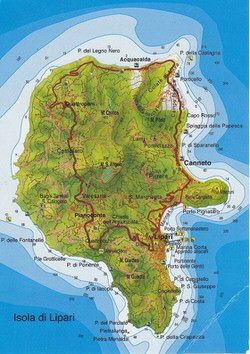 Interactive maps of hiking and biking routes around Lipari Island

1. You can zoom in/out using your mouse wheel, as well as move the map of Lipari Island with your mouse.
2. This interactive map presents two modes: 'Biking Routes' and 'Hiking Routes'. Use the '+' button on the map to switch between them.

This Lipari Island map has two modes: 'Railway Network' and 'Landscape & Rural Map'. Use the '+' button on the map to navigate.

Our guide to Lipari Island

Those fond of health care are recommended to visit Acquacalda Beach; this stretch of coast with pristine beauty is famous for its hot springs. The water at the beach is always warm, and it becomes hot when springs are active, so it’s recommended to participate in water treatments with caution. Valle Muria deserves special attention among island beaches. Quiet and secluded, it’s particularly popular among … Open

Coffee addicts should certainly buy coffee here. Illy and Lavazza are the most popular producers in Italy. You can also buy a coffee machine on the island. Italians love coffee, so be sure that you will get a high-quality product. The most delicious Italian desserts are almond cookies, Amaretti biscuits, tiramisu and chocolate pyramids. Popular hard drinks are Grappa, Limoncello and Chianti wine. Almond Amaretto … Open

Lipari Island for children - what to visit

Be sure to visit the local archaeological museum. Here is presented a rich collection of artefacts, some of them were found in the late Stone Age. Here is also presented a collection of the masks, which is considered to be the best one in Italy. Cathedral of St. Bartholomew is an important architectural building. It was raised in honour of the patron in the 17th century on the foundation of an ancient … Open