Detailed hi-res maps of Cefalu for download or print 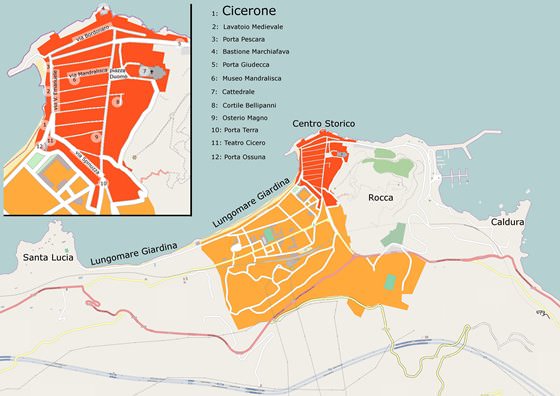 The actual dimensions of the Cefalu map are 3506 X 2479 pixels, file size (in bytes) - 736477. You can open this downloadable and printable map of Cefalu by clicking on the map itself or via this link: Open the map. 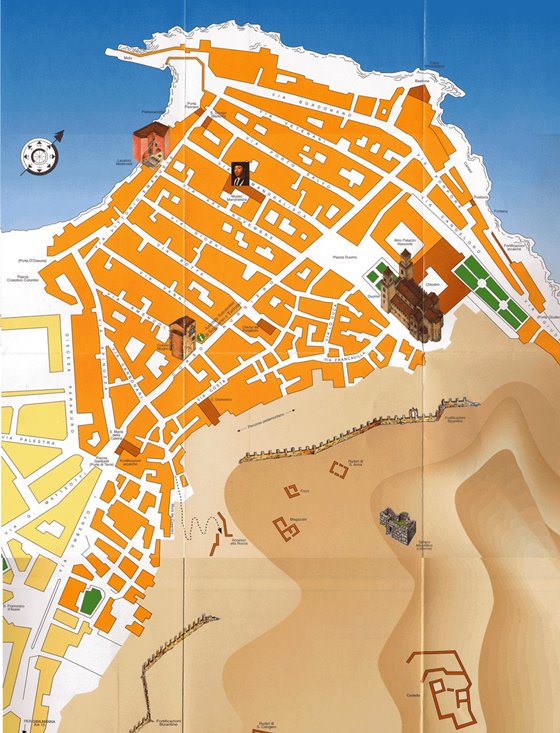 The actual dimensions of the Cefalu map are 1200 X 1570 pixels, file size (in bytes) - 481299. You can open, download and print this detailed map of Cefalu by clicking on the map itself or via this link: Open the map.

Search for services, infrastructure and sights on map of Cefalu

Our guide chapters over Cefalu

There is a cathedral at the foot of La Rocca. The magnificent church was erected by the order of Roger II, King of Sicily. Construction works started in 1131 and lasted almost one hundred forty years. Cefalu Cathedral is a beautiful example of the Norman architectural style. It is a miracle that the cathedral has survived until our days in almost ideal condition without any renovations. Thanks to towers in Norman … Open

Maps of Sicily
Among the religious holidays in Sicily, Easter (Pasqua) is especially respected, during which bright events with scenes from the Bible take place in different parts of the island. In Trapani for example, you can witness a parade led by a participant depicting Jesus Christ led to Golgotha, while in Ispica a plot from the procession is usually a scene of the resurrection of the ... Open »
Maps of Palermo
The brightest summer event of Palermo is considered to be the Verdura festival. Its program will be of great interest to genuine music fans. The festival engages world class musicians, rock stars and legendary jazz players as well as famous bands and dancing groups. For the period of the festival the city of Palermo turns into a huge concert stage which offers music of ... Open »
Maps of Lipari Island
Italians prefer to make the most of life. They have a relaxed way of life, but they work without any problems. The island is filled with Italian energy during festivals. Italians often invite their friends or relatives for a dinner. The island inhabitants like to attract attention, so they can behave theatrically sometimes. Furthermore, they usually behave as masters of life ... Open »
Maps of Catania
Local festivals and other celebrations are an excellent way to get acquainted with the authentic culture of the region. Festival Internazionale di Tango della Sicilia is one of the most popular events in the region. It takes place in the middle of hot August – befitting the passionate tango dance. The festival is an important event in the festival life of Sicily. Many ... Open »
Maps of Trapani
Opera fans should come to the city in July. The Summer Opera Festival takes place at Villa Margarita here at this time. Many world celebrities come here at this time. The festival is very famous. It has been held regularly for half a century. The festival has developed many of its traditions during this time. Festive services are held in local churches on the seventh of ... Open »
OrangeSmile.com - online travel reservation expert providing reliable car rental and hotel booking services. We feature more than 25.000 destinations with 12.000 rental offices and 200.000 hotels worldwide.
Secure Server