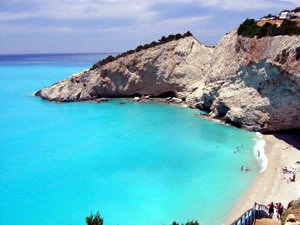 Since 1962, Lefkada has been the permanent venue for important international event, Festival of folklore. The main theme of this interesting and colorful event is the promotion of friendship, peace and brotherhood among peoples of different cultures. Dances, folk music and craft traditions remain the main highlights of it. Travelers who visit the island during the festival will have an opportunity to dive into the culture of local people and learn a lot of interesting things about traditions and customs of people from other countries and continents.
Family holidays with kids in Lefkada. How to entertain your child, things to show to children.
The paradise island of Lefkada located in the Ionian Sea is a great destination for a family vacation. Each of its towns offers its own unique entertainment that will appeal to any family …

Open
Festival of folklore is a recognized and well-liked event, in recent years it was attended by hundreds of teams from around the world. Thousands of artists, dancers, musicians, writers and artists arrive to participate in the holiday. Each team prepares a program of performances; popular singers, musicians and dancers often represent to the audience their joint projects. Hosts of the festival are involved in preparation and do the best of they can. Typically, entertaining and cultural events are attended by at least three hundred natives.
The festival is held in August, and beyond the immediate participants in this period the island is visited by a huge number of travelers. Entrance to the majority of cultural events is free; many concerts and performances are held in the open-air stage. During the festival, outstanding performers and artists are awarded various honors and awards, ceremonies are always very solemn and beautiful. As with any large event, the festival won’t be complete without fair and culinary events. Open markets offer their wares, local and foreign craftsmen and talented chefs acquaint visitors with traditions of different countries. Copyright www.orangesmile.com
Cuisine of Lefkada for gourmet with top restaurants and cafe
Lefkada will appeal to fans of gastronomic tourism, because there are attractive restaurants and cafes in every city of the island. The most popular and visited places are located in the …

Open
According to the tradition, the festival begins with a colorful parade, which is attended by all teams that came to the event. Parade of peace and friendship, as well as relevant opening of the festival is usually held in the next to last Sunday of August. Festival ends in exactly one week; the closing ceremony is also very amazing. On the last day of the event, participants exchange mementos. The grand celebration finishes with the final dance, the dance of peace, which also involves all folk groups arriving to the island. 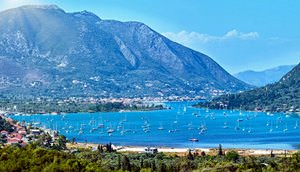 Most of the festivals in Lefkada are religious and held in the summer. Such include the feast of the Ascension of the Virgin Mary (Αναχώρηση της Παναγίας) widely celebrated throughout the island. At this time, solemn divine services are held in all cities of Lefkada and folk Greek music can be heard on central streets. Another religious holiday celebrated throughout the island is Easter (Πάσχα). During its celebration, you can also witness festive services in every local town. Apart from the above holidays, each city of Lefkada celebrates its own religious holiday dedicated to its patron saint.
Excursion over cultural sights of Lefkada - 'must visit' points of interest
It’s worth to start a story about attractions of the island with Santa Maura fortress. Despite the fact that a large part of the old building hasn’t managed to survive to the …

Open
In early June, gourmets flock to the capital of the island, Lefkada City, as food courts offering national dishes open on the central streets. Restaurants and cafes join the celebration where eminent chefs show all their skills in preparing certain dishes. Besides tasting food and thus getting acquainted with the local culture, all kinds of culinary workshops organized by chefs are also available to visitors. 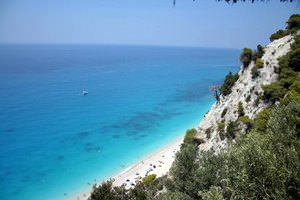 The beginning of the second summer month is marked by the Music Week, which takes place in the island's capital. Chamber music concerts are held in numerous cultural institutions at this time. You can also enjoy opera in theaters. In mid-July, Karya hosts a festival called Riganada. This is another gastronomic festival fully dedicated to such Greek dish as "Riganada". It is a simple snack of bread spread with tomato, feta cheese, and spices. Despite the simplicity, there are several variations of the dish, and local chefs compete for the title of the best riganade chef. Meanwhile, wonderful performances of musicians take place on the central streets of the city.
Your active city break in Lefkada. Attractions, recreation and entertainment - best places to spend your day and night here
Each resort of Lefkada offers vacationers to enjoy a variety of entertainment options, to relax on the beautiful beaches and to have a look in attractive shops. The island has both noisy …

Open
The end of July is marked by the Fiesta del Canal, a music festival taking place in the capital of the island. The venue is the coastal zone where themed parties are organized and fireworks are launched in honor of the fun festival after dusk. At the same time, that is, at the end of July, the so-called "Traditional Wedding" is held. This is a holiday dedicated to Greek culture, and in particular, family customs. Here, guests of the city can see first-hand how a traditional Greek wedding is celebrated. It must be said that it is one of the most spectacular events on the entire island lasting two days. The location of the festival is Karya.

This guide to traditions and festivals in Lefkada is protected by the copyright law. You can re-publish this content with mandatory attribution: direct and active hyperlink to www.orangesmile.com.
Lefkada - guide chapters 1 2 3 4 5 6 7 8 9 10

City tours, excursions and tickets in Lefkada and surroundings

Survived castles around Lefkada
♥   Castle 'Santa Maura Castle' Lefkada, 3.4 km from the center. On the map

Colors of Lefkada in photos

Traditions and festivals in cities around Lefkada

Ithaka Island
The most important thing for Greeks is to get pleasure from life. They will never work hard and get money at all costs. Locals can easily spend a large sum of money on an unnecessary useless thing or an evening in a tavern. Moreover, they don’t try to save money. They believe that there is no need for money if they don’t make you happy. Local inhabitants are great ... Open »
Kefallonia
It is customary to smash these jars on Saturday before Easter - it is believed that residents of Argostoli were the founders of this interesting tradition. Locals use large jars to store various products. To attract a rich harvest in the new season, it is customary to break old jugs and make new ones instead. It is believed that this tradition was first born in pagan times, ... Open »
Igoumenitsa
Religion, namely, Orthodox Christianity, is one more peculiarity of local people and Greeks in general. Christian traditions are so deeply respected in the country that the religion is indicated in the passport. Local people have a dress code for visiting churches. Everyone should have their shoulders covered. Moreover, women need to wear clothes that cover their legs. Family ... Open »
Zakynthos Island
They like dancing here very much. In many taverns every evening you can see dancers in traditional costumes, performing to folk music. The most popular dances on the island are hasapiko, kochari, and sirtaki. The latter, by the way, appeared only in the second half of the 20th century and is not a national one. The majority of the islanders are Orthodox. The temples here are ... Open »
Corfu island
Almost 90% of Corfu population are Orthodox, that’s why most of the festivals and celebrations are held according to the church calendar. By the way, if you plan to visit any cathedral or a church, don’t wear shorts or a mini-skirt. Otherwise, you may not be allowed to enter. The Feast of St. Spiridon, who is considered to be the patron of the island, is celebrated in a ... Open »
Larisa
Despite such a commitment to religion, townspeople are also distinguished by some superstitiousness. While walking around the city, one can see that both men and women wear small pendants and other eye-shaped accessories. They believe that such talismans can protect them from the evil eye, even children have small pendants here. Drivers decorate their cars with talismans, and ... Open »

Cityguide on traditions, mentality and lifestyle of people in Lefkada. Learn the best periods to visit Lefkada to discover its soul - authentic festivals, events and celebrations. We will also reveal the interesting habits, attitude towards the world and to tourists in Lefkada.