Sightseeing in Kalymnos Island - what to see. Complete travel guide 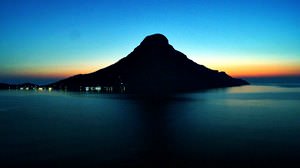 The picturesque Greek island of Kalymnos is known primarily as a major center of production of sponge; fishery has remained the main harvesting of locals for many hundreds of years. Delicious honey is also produced there. The only state diving school in Greece is working on Kalymnos. Every year, fans of beach activities, scuba diving and rock climbing, as well as travelers who love cultural tourism and rich excursion programs come there.
Excursion over cultural sights of Kalymnos Island - 'must visit' points of interest
Kalymnos has a very rich history. Scientists believe that it was inhabited in ancient times. The first people who inhabited the island were the Carians. Kalymnos came under the influence of …

Open
The capital of the island is the town of Pothia. Here is one of the most important cultural centers of the island, the Historical Museum. It would be difficult to explore its rich collection of artifacts at once; during a tour around the museum visitors would learn about the most important historical events. The amazing Church of Christ the Savior is situated in the capital. That’s an incredibly beautiful building with refined interior. While sightseeing in the capital, you should definitely take a look at one of the old sponge processing plants to get acquainted with the main harvesting of islanders.
The Monastery of St. Sava situated close to Pothia has to be included in the excursion program. Many historical sites have survived in the old capital of the island, Chora. Its main hallmark is the historic castle Paleochora built on the initiative of the Knights of St. John. Today the Chora Castle is open to visitors, so everyone can enjoy its spacious halls and corridors with a guide and listen to interesting stories about this magnificent structure. Copyright www.orangesmile.com
Your active city break in Kalymnos Island. Attractions, recreation and entertainment - best places to spend your day and night here
Kalymnos is an ideal place for active tourists. The island is incredibly popular among climbers from all over the world. There are hundreds of climbing routes on the island. They are all of …

Open
Not far from Chora there is an important archaeological area, Pera Castro. Here, scientists have discovered the ruins of an ancient acropolis, as well as the temple, whose age is almost 2,000 years. Walks through the village of St. Constantine are popular among travelers who are interested in ancient history. Here you can see the surviving fragments of old fortifications, as well as other interesting monuments. 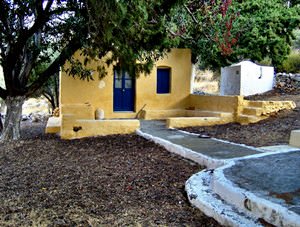 The seat of the most popular museums is Pothia; the amazing Archaeological Museum is situated there. It represents precious findings of scientists discovered during the exploration of the island. Nearby is the Maritime Museum, whose collection also strikes with abundance of unique artifacts. You should definitely look into the Ethnographic Museum of Pothia that offers visitors a rich collection of national handicrafts, works of art and utensils.
Best beaches and recreation areas around Kalymnos Island
Guests of Kalymnos won’t have problems with selecting a suitable place for beach vacations, as the coast of the island is incredibly beautiful and attractive. The gorgeous beach can be …

Open
The small Vothini town is home to the famous historical monuments. There is an ancient monastery of All Saints, as well as Kalymnos house that is the typical monument of the national architecture. One of the most unusual and interesting cultural centers of the island is located in Vlichadia. The large-scale private museum operates there; its exhibition is devoted to the sea and marine life. Among its exhibits are rare species of marine plants, fish, sea stars, and, of course, sponges. A significant part of the museum is devoted to the main national fishery, the extraction and processing of sponges. Every city of Kalymnos cherishes its priceless historical monuments, so you can safely choose any area for your tour. 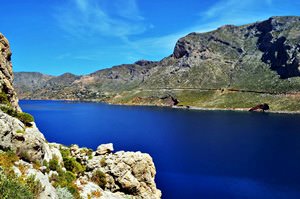 Kalymnos is an ideal destination for all fans of active recreation and sports entertainment. It is a great place to try various types of water sports. Moreover, there are several attractive diving sites not far away from the coast. As the terrain of this island is mostly rocky, Kalymnos attracts fans of alpinism. There are suitable areas for beginners who only make first steps in this dangerous sport and several inexpugnable rocks that even experienced alpinists will find very hard to conquer.
Top hotels in Kalymnos Island for business trip or short vacation
The island has a decent selection of mid-priced hotels and comfortable apartments suitable for longer stays. There is the famous hotel Katina close to Myrties Beach; that’s a paradise …

Open
Travelers not keen on extreme sports will also not feel bored. They are welcome to try snorkeling and explore the most picturesque parts of the seaside. In the port area, vacationers can always rent a boat or a yacht, and head to explore the nearby landmarks. It is important to mention that some hidden bays and gulfs are accessible only from water, so one needs a boat to see them. Travelers with small children will find it interesting to visit small resort towns on the southern part of the island. There are several charming sandy beaches that are suitable for children and everyone who cannot swim.

This guide to iconic landmarks and sights of Kalymnos Island is protected by the copyright law. You can re-publish this content with mandatory attribution: direct and active hyperlink to www.orangesmile.com.
Kalymnos Island - guide chapters 1 2 3 4 5 6 7 8 9

Survived castles around Kalymnos Island
♥   Castle 'Kalymnos Castle' Kalymnos, 2.3 km from the center. On the map

Sights around Kalymnos Island from our guide 'Extreme places on Earth'

Distance from Kalymnos Island center - 41.9 km.
When the king Mausolus died, the tomb has not been completed yet. Construction of the mausoleum was finished only in 350 BC. A grand building lasted nearly 2 000 years. During that time, the structure has experienced many important historical events, including numerous attacks by pirates and the conquest. The mausoleum was fully destroyed in the 15th century. Maltese took marble slabs and used them for the construction of the fortress, which bore the name of St. Peter. In 1966, fragments of bas-reliefs and statues of the once majestic tomb were found during archaeological investigations. As so, scientists managed to restore its image as closely as possible. … Read further

Search touristic sites on the map of Kalymnos Island

Sightseeing in regions nearby Kalymnos Island

Leros Island
As for cultural institutions, it’s certainly worth noting the Ecclesiastical Museum situated in the Castle of Pandeli. This construction is of great historical value, and exhibits are truly unique. There are ancient religious books, religious artifacts and other items associated with religious cults in one way or another. Travelers who expect to visit Alinda should ... Open »
Kos
The castle of loannite Knights built in the 15th century is one of those facilities. Stones and marble left from the houses destroyed by the earthquake were used during the building of the fort. Palm Avenue is one more interesting place recommended for visiting. Here you will see a huge sycamore. According to one of the theories, the tree was planted by Hippocrates. Under the ... Open »
Bodrum
The embankment of this town is beautiful and very original. When tourists come to see Bodrum, first they usually don’t like very small and narrow streets that look quite depressively. However, if you take a walk along them, you will change your opinion and see the town and its citizens in completely other light. Currently Bodrum is known as one of the most fast-developing ... Open »
Patmos Island
The most visited attraction well-known far beyond the island's is the Cave of the Apocalypse. It’s considered that St. John the Divine has written his Revelation there. Currently, the cave is home to two ancient churches, one of which was named after St. Anne. That’s the religious site of great importance, so thousands of tourists come from all over the world to see it. The ... Open »
Tilos Island
There are also amazing historical sites on the island. It’s recommended to start excursion from the administrative center of Tilos, Megalo Horio. The main historical symbol of town is the Castle of Knights. Architecture of Metalo Horio is extremely attractive; the new town was built on the site of a large ancient settlement. While walking through town’s winding streets, you ... Open »
Samos Island
The great attraction is located in Heraion, that’s the beautiful temple of Hera considered by Herodotus to be one of the greatest wonders of the world. This majestic building has been preserved only in part; during the tour, travelers can appreciate the extent of the temple and admire surviving elements of sculptures. The island's capital is the city of Vathy. It will appeal ... Open »

All about Kalymnos Island, Greece - sightseeings, attractions, touristic spots, architecture, history, culture and cuisine. Prepare your trip together with OrangeSmile.com - find out the 'must see' things in Kalymnos Island, which places to visit, which excursions to take, where the breathtaking views are waiting for you. Planning your trip with this travel guide will help your to get the most out of Kalymnos Island in few days.