Sightseeing in Eretria - what to see. Complete travel guide 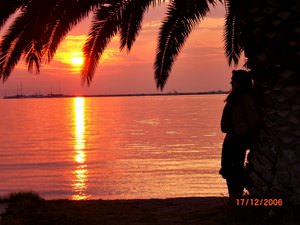 Small Greek town named Eretria, which is located on the Evia (Euboea) Island, has been known since ancient times. Large number of various monuments relating to ancient times and later periods has made this place a very popular resort among tourists from all over the world. Indeed, in addition to amazing sea rest, the stay here allows receiving truly unforgettable experience. The history of ancient Greeks, Byzantines, and Franks becomes absolutely tangible here, as you will be able to see Frankish and Byzantine fortresses, a temple of Apollo, the ruins of the ancient Acropolis, the ruins of the ancient theater, and other attractions of ancient Eretria.
You can "read" the history not only among the ancient monuments, but also in the Archaeological Museum, which collection includes artifacts, the value of which is even difficult to estimate. Experienced guides will assist you during the inspection of the museum.
The uniqueness of the resort is also in the nature of its coastline. A large number of small rocky islands along the coast create a truly unique picture. Many of them are connected by beautiful bridges, so here you can wander endlessly, because every step opens new pictures to the gaze of tourists, turning this place in a fairytale kaleidoscope. Copyright www.orangesmile.com
The guests of the resort have an opportunity to visit the unique archeological district of Qohaito. In its territory, there are the ruins of the old city Qolo. At one time, it was a large trading city. Today, the visitors of the district can admire only some fragments of the preserved old constructions and scatterings of big stones. The most interesting objects of the archeological district are high columns. The researchers think that the columns are only remains of the old temple. 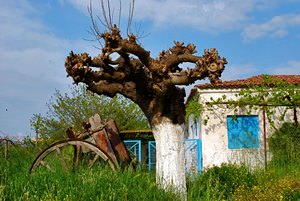 The valuable historical monument is the Imperial Palace. It had been built for several decades and was finished in 1872. In a particular period, the luxurious palace with columns and arches was the residence of Emperor Haile Selassie. Exactly this fact explains its modern name. Like many other historical buildings in the city, the fascinating palace was severely damaged during the Civil War. The monument hasn’t been restored, so the palace is lying in ruins today. However, this won’t prevent you from imagining how fascinating the palace looked a hundred years ago.
In the city, there is the National Museum of Asmara. It was opened not so long ago, in 1992. The museum collection includes several themed sections: pieces of art, unique archeological artifacts, and historical exhibits. The archeological collection, the exhibits of which are aged over 6 000 years, is especially valuable. The only thing the museum visitors should always remember is that it’s forbidden to take pictures and shoot video here. 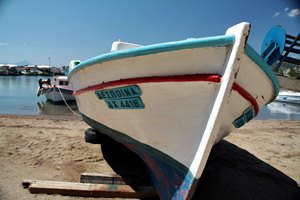 In the vicinity of Eretria, there are a lot of interesting nature attractions, including the Gufa volcanic field. It was formed by the volcanic eruption. After thousands of years, there are still fascinating moonlike landscapes preserved. Despite the fact that flora and fauna are quite poor in this area, travelers can learn a lot of astonishing facts about their features within the framework of excursions.
Nature admirers should certainly visit the nearby Dahlak National Park. It includes the vast coastal zone and over 200 islands. Some of the most wonderful dwellers of the park are pink flamingos.

This guide to iconic landmarks and sights of Eretria is protected by the copyright law. You can re-publish this content with mandatory attribution: direct and active hyperlink to www.orangesmile.com.

City tours, excursions and tickets in Eretria and surroundings

Survived castles around Eretria
♥   Castle 'Castle of Chalkis' Chalkis, 19.5 km from the center. On the map

♥   Castle 'Skiathos Castle' Skiathos, 89 km from the center. On the map

National and city parks around Eretria
♥   National Park 'Ethniko Parko Schinia Marathona' , 34.1 km from the center. On the map

Sights around Eretria from our guide 'Extreme places on Earth'

Distance from Eretria center - 66.8 km.
During the tour, guests of the city will hear interesting legends about the birth of Dionysus and Heracles, about the exploits of the legendary king Cadmium and bloody battles that has being devastated the thriving city for thousands of years. Developed tourist infrastructure of the city will be a nice addition to stay, as modern Thebes offers its guests a lot of attractive hotels, magnificent local restaurants and lots of amazing places to relax. … Read further

Distance from Eretria center - 48.2 km.
The construction of the amphitheater was completed in 165 AD. In the course of the last reconstructions, only a multicoloured marble facing and several statues were renovated. All other elements of architecture are perfectly preserved from the time of construction, which allows guests of the ancient theater to fully enjoy its pristine grandeur. The best time to visit the sights is a period from June to September, when the annual Athens Festival takes place. During this period, interesting performances and concerts in the amphitheater are held literally every week. … Read further

Search touristic sites on the map of Eretria

Sightseeing in regions nearby Eretria

Evvoia Island
In the immediate vicinity of the capital there is the ancient town of Eretria; it’s the busiest port area. Here you can find a lot of amazing taverns and entertainment places occupying picturesque historic buildings. This small town affects with abundance of ancient attractions represented on its territory. There are ruins of the Acropolis and the ancient theater, the main ... Open »
Chalkida
In the northern part of the city is the location of a beautiful building -Red House, which once has belonged to a noble Mallios family. You will see an embankment near the house. This is one of the most popular places for walks among both locals and tourists. This is just a small part of numerous notable places that guests will be offered to see in Chalkida. You may also find ... Open »
Athens
The Theatre of Dionysus. The Theatre of Dionysus is situated at the bottom of the Acropolis. This is the oldest theatre in Europe and the cradle of the Greek tragedy. First performances took place here yet in the 6th century. The ancient scene was simply an area with trampled ground with public sitting on the grass and forming a semicircle around the scene. When the theatre ... Open »
Sporades Island
Distinctive feature of Skiathos island is abundance of churches and monasteries built hundreds of years ago. Kounistra monastery built back in 17th century has survived until today in its original form. It’s the symbol of the island. Its walls house precious religious artifacts, including the statue of the island's holy patroness. Koukounaries reserve located in the western ... Open »
Aegina Island
In the immediate vicinity of the town of Aegina there is Moni Agios Nectarios, one of the most emblematic and spectacular attractions. The monastery was founded in the early 20th century by bishop Pentapolem Nectarios and is now working for over a hundred years. Many amazing stories are associated with the name of monastery founder; he is very revered by locals. Every year, the ... Open »
Skopelos Island
Be sure to take a stroll along the waterfront and the capital, where you can see colorful fishing boats. They remain one of the most emblematic features of the island. You can see tourists making memorable photos with colorfully decorated fishing boats every day. As noted above, the number of religious sites on the island of Skopelos is incredibly large. In the capital, there ... Open »

All about Eretria, Greece - sightseeings, attractions, touristic spots, architecture, history, culture and cuisine. Prepare your trip together with OrangeSmile.com - find out the 'must see' things in Eretria, which places to visit, which excursions to take, where the breathtaking views are waiting for you. Planning your trip with this travel guide will help your to get the most out of Eretria in few days.