Sightseeing in Rethymno - what to see. Complete travel guide 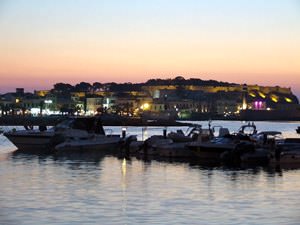 Wonderful weather, picturesque coastline and countless historical sites - all these advantages attracts tourists from different parts of the world. Each year, the Greek resort named Rethymnon accepts tenths of thousands of guests who want to see the priceless heritage of the past and enjoy gentle sunshine and beach rest.
Extraordinary weekend in Rethymno - unusual places, services and attractions for travel gourmet
…

Open
Venetian fortress built in the middle of the 16th century is one of the main attractions of the city. One of the towers is equipped with an observation area that features beautiful views of the city, beach and snow-capped Ida Mountains. Arkadi Monastery is the most important religious landmark of this place. It is a truly beautiful building made in best traditions past centuries.
The city features several museums, the most famous and widely popular of which is surely Archaeological Museum. It exhibits the collections that illustrate the development of the city at its various stages, starting from prehistory and until the 19th century. Your excursion to the Museum of History and Ethnography will be no less fascinating. It provides visitors with information about culture and life of local residents. Here you can see a collection of antique dishes, folk costumes, jewelry and handicrafts. Copyright www.orangesmile.com
Cuisine of Rethymno for gourmet with top restaurants and cafe
During a vacation in Rethymno tourists will have a chance not only to enjoy elegant upscale restaurants and cozy cafes, but also to explore typical Greek taverns. The Zampia tavern is one of …

Open
While walking on cozy streets of this city, you can see many old mosques and temples, any of which has witnessed important historical events and has been carefully preserved by townspeople for future generations. Speaking of beach rest it’s hard not to mention the high level of equipment here. Sports enthusiasts will be pleased with the quality of sports equipment, which can be rented in numerous rental centers. Besides this, all biggest beaches have professional trainers who are always ready to help and educate everyone who wishes to learn water sports. 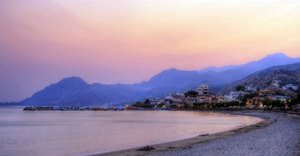 Platano Square is located in the very heart of the historic district. The nicest thing there is Rimondi fountain. It was built more than 400 years ago and is still fully operational. The fountain constitutes a large architectural complex with columns. Local residents tell a beautiful legend about lovers who will never part, if they drink jointly from this fountain.
Authentic traditions, festivals and lifestyle of Rethymno inhabitants
Each year the city of Rethymno turns into a heart of a bright carnival. The celebration of the carnival falls within the first part of February and lasts till the end of the month. The main …

Open
On the coast, one can see a beautiful old lighthouse built in the first half of the 19th century. Although the height of the lighthouse is only 9 meters, it is one of the highest on Crete. At present, it isn't used for its intended purpose. They give guided tours there. There is an observation deck on the top of the tower, as well. 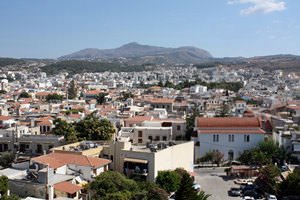 In one of the beautiful streets leading to the old town, is located the church of St. Francis, which is considered one of the city's most beautiful architectural monuments of the Renaissance. Once, the church was part of a large abbey complex, which has not survived until our days. Only two preserved centuries-old chapels remind of it. The church has long been used as a cultural center. It often hosts art exhibitions.
Excursion over cultural sights of Rethymno - 'must visit' points of interest
Among remarkable sites of the city of Rethymno tourists will discover aged castles, churches and fortresses, museums keeping the greatest collections of artifacts and modern art galleries …

Open
Lovers of picturesque landscapes can be interested in visiting the gorge of Prassano in the vicinity of Rethymnon. The gorge has been formed by melt-water, that rush from the mountains every spring. Its length is more than 8 km. It is possible to visit the natural landmark in the period from June to October only, when the canyon is completely drained. Here, there are many excellent sights, including picturesque caves, spacious valleys and small dams full of fish. 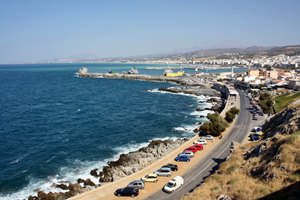 In the Old City is situated the legendary Nerantze Mosque. It is a completely rebuilt Christian temple built in the 17th century. By the beginning of the 19th century, the mosque had lost its religious significance. For several years, there located a music school. Nowadays, it is used as a cultural center, where theater performances, lectures and concerts are held. On the territory of the mosque, is a small domed structure, the purpose of which is exactly unknown. By one theory, this is the mausoleum of a wealthy Turkish official who once lived in the city.

This guide to iconic landmarks and sights of Rethymno is protected by the copyright law. You can re-publish this content with mandatory attribution: direct and active hyperlink to www.orangesmile.com.
Rethymno - guide chapters 1 2 3 4 5 6 7

City tours, excursions and tickets in Rethymno and surroundings

Survived castles around Rethymno
♥   Castle 'Fortezza of Rethymno' Rethymno, 1.2 km from the center. On the map

Search touristic sites on the map of Rethymno

Sightseeing in regions nearby Rethymno

Crete
Crete is an economic and cultural center of Greece with well-developed tourist infrastructure. This is one of the most popular European resorts with warm sea, subtropical climate, modern resorts, and numerous entertainments. Here you will find countless cafes and restaurants that serve national dishes, and entertain visitors by live music and dancing the traditional sirtaki ... Open »
Chania
Agora market is one of main attractions of the old part of the town. The market was opened in 1911. The shopping rows here are covered and built in the shape of a cross. The market is strictly oriented to the cardinal. Another interesting market is called "Leather Quarter". As you might guess from the title, here you will find the largest choice of leather. If you have not ... Open »
Heraklion
From the historical point of view suburbs of Heraklion are the most interesting place. Palace of Knossos is the most famous building of this region. The palace is famous not only in Greece, but also abroad. This is an exceptionally beautiful building, halls and corridors of which keep the atmosphere of previous centuries. The gates of the fort are decorated with statues of ... Open »
Hersonissos
This town is home to approximately nine thousands of people, but they are almost invisible among tourists. Local people manage to create such an unobtrusive service that it seems everything is done by itself. The island is very popular among the British, Irish and Dutch tourists, so the majority of bars are made in the Dutch and Irish styles. In true, the town becomes alive ... Open »
Agios Nikolaos
It is also worth taking a walk across the docking district, where are located several very good taverns and restaurants. This is the place where you can find best dishes made of fish and seafood. Travelers, who seek really unforgettable experience, may enjoy visiting Spinalonga Island. An ancient fort is located there almost in its pristine condition. This island is also ... Open »
Santorini
Each island of the Santorini archipelago - Thira, Therasia, Aspronisi, Old Kameni and New Kameni – is a true marvel of nature. Landscapes, which can be seen on the islands, rock travellers with their incredible beauty. Here you will see red, white and black beaches; the volcano crater made of black lava, white majestic churches with blue domes, and divine sunsets and ... Open »

All about Rethymno, Greece - sightseeings, attractions, touristic spots, architecture, history, culture and cuisine. Prepare your trip together with OrangeSmile.com - find out the 'must see' things in Rethymno, which places to visit, which excursions to take, where the breathtaking views are waiting for you. Planning your trip with this travel guide will help your to get the most out of Rethymno in few days.