Sightseeing in Attica Region - what to see. Complete travel guide 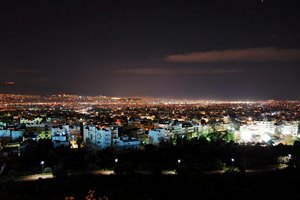 Attic Peninsula in Greece attracts different tourists. Athens with its amazing classical landmarks, beautiful beach resorts and lots of beautiful places for a walk is a gem of Attica. Excursions, beach games, sight-seeing, sports, culinary tourism and many more give excellent opportunities for everyone.
Cuisine of Attica Region for gourmet with top restaurants and cafe
Greeks have a peculiar admiration for their national cuisine. Fresh greens, vegetables, meat, fish, various cheeses, olives, and olive oil of the best quality are traditionally used in …

Open
Excursions fans should start from Athens. Lots of historical and cultural landmarks including the everlasting symbol of the capital, Acropolis of Athens

, are excellent examples of local culture. Acropolis is a huge architectural complex that includes a number of antique temples, shrines and ceremonial buildings. Most of Acropolis lies in ruins, but survived fragments allow feeling past glory of this place.
The fascinating and unique Parthenon temple is situated there. Erechtheion

temple is another amazing building; many wonderful legends are associated with it. National Archaeological Museum

is another point of interest in Athens devoted to those fond of history. It's a fascinating cultural center with rich collection of historical artifacts from all over the Greece. It includes antique apparel, religious attributes, statues of Greek gods and everyday objects of ancient Greeks. Some of these items are few thousands of years old. Copyright www.orangesmile.com
Authentic traditions, festivals and lifestyle of Attica Region inhabitants
The Greeks are justifiably proud of their country and history; they call themselves Hellenes, claiming to be the descendants of the ancient culture. Today, Orthodox customs and traditions …

. History of this building goes back into Byzantine times. Initially built as the temple devoted to Appolo of Daphni, it was used as a fortification after adoption of Christianity; later it housed a psychiatric hospital. Recently renovated, it is the one of the most important historical building of Greece. 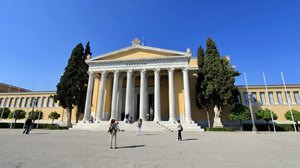 Temple of Poseidon is also an interesting place to visit; various stories are associated with it too. Until not too long ago sailors were bringing their handsome donations there asking for the waves mercy. Modern tourists prefer olives and magnolia branches as the donation to the God of Sea.
Excursion over cultural sights of Attica Region - 'must visit' points of interest
In respect to historical antiquities and museums, Attica is one of the richest regions of Greece. There is Marathon, a town near the sea about 40 km far from Athens; the Marathon race is …

Open
The beautiful temple of Demeter is located in Eleusis. Today it hosts the museum representing to its guests a collection of artifacts of various ages. Egina

island is an interesting place to visit too. There is a number of natural landmarks and the mystique ghost city of Palaiokhora. Abandoned few hundreds of years ago, it has survived until this day in excellent condition. This mystique city features an ancient monastery and 28 churches with amazing interiors. 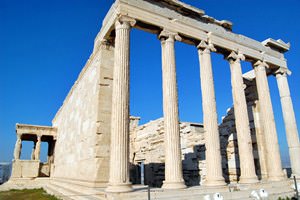 Mount Hymtus flanks represent an excellent point of interest for nature lovers. There is an ancient spring surrounded with pristine nature. According to legends, it was given to people by Hephaestus. The ancient monastery located nearby is another amazing memorial of antique ages. It hosts a collection or religious artifacts and crafty jewelry.
Your active city break in Attica Region. Attractions, recreation and entertainment - best places to spend your day and night here
The water sports are well-developed in Attica, here you can try windsurfing and rafting, but if your aim is surfing you’d better go to the islands. The coastal waters of Greece are a …

Open
Beach resorts of Attica deserve only praise. Dolce Attica Riviera remains the most prestigious and well-developed resort destination. It is the location of picturesque beaches and small resorts, and the location of such popular beaches as Paleo Faliro and Vouliagmeni. The most prestigious resorts, high-class hotels, and entertainment centers are located in this area. There are yacht clubs and diving centers. Some beaches have a developed infrastructure and are suitable for a family vacation. 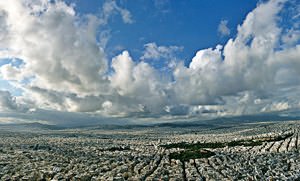 Fans of sports entertainment are usually in love with Glyfada that has become internationally famous because of its excellent golf courses. This resort is the location of numerous nightclubs and bars, so it is famous for its nightlife. Lagonisi is a small resort that is very popular with family tourists. There are always many travelers with children there. Comfortable and calm sandy beaches are perfect for small children, but vacationers can also make their stay even more interesting by exploring local lemon groves. There is also an excellent resort there – Loutraki, which has become famous thanks to its healing mineral springs. It specializes in the most innovative balneology programs.

This guide to iconic landmarks and sights of Attica Region is protected by the copyright law. You can re-publish this content with mandatory attribution: direct and active hyperlink to www.orangesmile.com.
Attica Region - guide chapters 1 2 3 4 5 6 7 8 9 10

City tours, excursions and tickets in Attica Region and surroundings

Survived castles around Attica Region
♥   Castle 'Monemvasia Fortress' Monemvasia, 63.6 km from the center. On the map

National and city parks around Attica Region
♥   National Park 'Ethniko Parko Schinia Marathona' , 121.7 km from the center. On the map

Sights around Attica Region from our guide 'Extreme places on Earth'

Distance from Attica Region center - 60.9 km.
The archaeologist and his group conducted the researches on the territory of the ancient city in the period from 1870 to 1926. The amphitheater discovered by them was reconstructed a few years later. In 1938 the first performance 'Elektra' took place there. The main roles were played by Eleni Papadaki and Katina Paxino. During the Second World War theatrical performances were suspended, the arena was partially destroyed. After the war the amphitheater was renovated to the shortest deadlines. Since 1955, the antique construction in Epidauros is a permanent venue for the theater festival. The festival is always held in summer, in high season. … Read further

Search touristic sites on the map of Attica Region

Sightseeing in regions nearby Attica Region

Hydra Island
Other important symbols of the island are its magnificent old mansions built in the 17th - 19th centuries. Many of them are available to visit; the atmosphere of the past centuries is completely restored there. Each house is a real museum with priceless artifacts, including antique furniture, beautiful paintings and tapestries, carpets and mosaics. The mansion of Lazaros ... Open »
Spetses Island
Among the other attractions of the capital the Church of the Virgin Armata is notable. Its construction has begun in 1824, three years after the end of the war. In 1830, the beautiful church met first parishioners, since then it remains the permanent symbol of the victory for the islanders. The Cathedral of St. Nicholas was the witness of heroic battles. The first revolutionary ... Open »
Agistri Island
After admiring the sights of the capital, it’s worth to go to the nearby town of Limenari. Its main symbol is the amazing Agia Kiryakis Church surrounded by rocks and pine forests making it to look inimitably. The building of the old school that’s a true example of folk architecture of yesteryear has remained in the town. Travelers who can’t imagine their rest without ... Open »
Monemvasia
In the 50s of the 6th century, military commander Belisarius, who was famous during the reign of the Byzantine Emperor Justinian I, chose a high rock to build a fortification on it. The first inhabitants appeared in this area eight years later. These were the refugees from Laconia. During the reign of Constantine V, in the mid-40s of the 8th century, the Plague of Justinian ... Open »
Aegina Island
The legendary Kivernio is situated in the city center; the first government of independent Greece was there. This stone building that is unremarkable at first glance influenced on many important historical events. In the mid19th century, it was the residence of the Bishop of Aegina, in the second half of the 19th century refugees of Cretan Revolution were hiding in its walls. ... Open »
Seriphos Island
Walks in the ancient village of Koutalas are popular among excursion lovers; there are the ruins of the Kastro tis Grias Castle. Many interesting legends are associated with this historical monument; in Greek name of Kastro tis Grias means the castle of the old woman. Nearby is the outstanding natural attraction, the Cave of Cyclops. According to one of the myths, bloodthirsty ... Open »

All about Attica Region, Greece - sightseeings, attractions, touristic spots, architecture, history, culture and cuisine. Prepare your trip together with OrangeSmile.com - find out the 'must see' things in Attica Region, which places to visit, which excursions to take, where the breathtaking views are waiting for you. Planning your trip with this travel guide will help your to get the most out of Attica Region in few days.