Sightseeing in Hydra Island - what to see. Complete travel guide 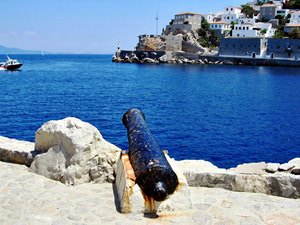 Hydra is one of the most beautiful islands in Greece famous for its incomparable architecture and indescribable nature. Vehicular traffic is completely absent on this wonderful island, so locals move exclusively on donkeys and horses, making the place even more interesting and attractive for travelers. Fans of excursions, beaches and hiking would enjoy vacations there, as the island is rich in historical sites and natural landmarks.
Best beaches and recreation areas around Hydra Island
Hydra isn’t characterized by an abundance of large-scale beaches, but guests can choose from one of the picturesque bays. Most noisy beaches are in close proximity to the port area, …

Open
Despite the fact that the island of Hydra is relatively small, there are about 300 churches and 6 ancient monasteries, which served as fortifications and saved the lives of thousands of people during the war. It’s worth to start your acquaintance with historical sights with a walk around the port area; the entrance to the port is crowned with beautiful bastions. For many years they were defending the island from invaders and became its permanent characters.
Near the port area there is a lovely building with a facade of marble and rare wood; today it’s home to the Historical Archives Museum. Its walls house an extensive collection of unique historical documents, hundreds of priceless archaeological findings and art objects with a long history. Copyright www.orangesmile.com
Top hotels in Hydra Island for business trip or short vacation
Hydra Island has no big hotels usually offered by popular resorts. Guests of the island can rest at incredibly comfortable villas, as many popular hotels are set up in amazing old mansions. …

Open
Assumption of the Virgin Mary Church is considered to be one of the most beautiful among religious attractions. It’s located in close proximity to the coast, at the picturesque rocky terrain. As this religious landmark is close to the most popular beach of Hydra, the church is visited by all the guests of the island. No less impressive religious monument is the Church of St. Constantine that is one of the youngest churches on the island. The church was built near the center of Hydra, on a high hill with magnificent panoramic view of the surroundings. 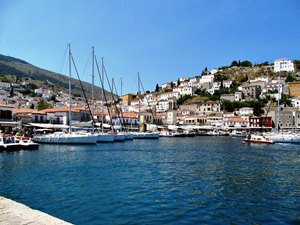 Other important symbols of the island are its magnificent old mansions built in the 17th - 19th centuries. Many of them are available to visit; the atmosphere of the past centuries is completely restored there. Each house is a real museum with priceless artifacts, including antique furniture, beautiful paintings and tapestries, carpets and mosaics. The mansion of Lazaros Kountouriotis is especially remarkable among many historic buildings; it’s one of the most spectacular architectural monuments of the island. The amazing house of Count Alexei Orlov also enjoys attention of tourists. Now it’s converted into a lovely national restaurant.
Shopping in Hydra Island - main shopping streets, outlets and boutiques
Olive oil is very popular on Hydra, it can be found everywhere. It is connected with the peculiarities of national cuisine, Greeks add oil to almost all of the dishes. You can buy oil in …

Open
One of the most interesting cultural places of the island is Melina Mercouri gallery. It houses a rich collection of paintings by prominent local artists; the gallery has become a regular venue for a wide variety of cultural events. Exhibitions and workshops on national crafts, as well as enchanting concerts and theatrical performances are often held there. Fans of exciting excursions should definitely visit the Byzantine Museum and see its priceless archaeological finds that were discovered by scientists on the island. Those fond of natural attractions won’t be disappointed too. The entire island is the amazing natural reserve, and modern activities don’t violate natural splendor of Hydra. 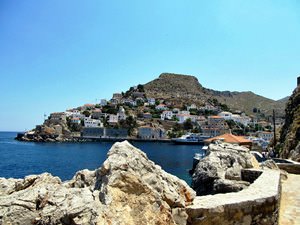 The charming island with untouched nature is an ideal location for beachside recreation. Spilia is the loudest and most popular beach of the island. It is located not far from the port area of the capital, so vacationers can not only swim or sunbathe but also enjoy various entertainments. They are welcome to relax peacefully or visit one of the several sports centers and try scuba diving. Water is deep near this part of the coast, so Spilia is not the best choice for tourists with children.
Family holidays with kids in Hydra Island. How to entertain your child, things to show to children.
Hydra is one of the Saronic Islands of Greece. It is a perfect place for active and curious children. The island is small, its area is only 55 square kilometres, but it is perfect for …

Open
Family vacationers prefer to relax on another beach, Hydronetta. This is a shallow coastal area that becomes warm already at the start of the tourist season. Not far from the beach, vacationers will find interesting historical landmarks, visits to which will make any vacation more exciting and diverse. Avlaki Beach is a true landmark of Hydra. Giant rocks have made this beach internationally famous. When the sun goes down, an eye-catching illumination lights up the stones – everyone will be delighted to see such a mesmerizing view. In recent years, numerous discos and bars have appeared on the beach, so young people particularly enjoy spending their time there.

This guide to iconic landmarks and sights of Hydra Island is protected by the copyright law. You can re-publish this content with mandatory attribution: direct and active hyperlink to www.orangesmile.com.
Hydra Island - guide chapters 1 2 3 4 5 6 7 8 9

Survived castles around Hydra Island
♥   Castle 'Markellos Tower' Aegina, 44.3 km from the center. On the map

National and city parks around Hydra Island
♥   National Park 'Ethniko Parko Schinia Marathona' , 102.2 km from the center. On the map

Sights around Hydra Island from our guide 'Extreme places on Earth'

Distance from Hydra Island center - 64.1 km.
Along the huge embankment you will see several rows of slim palms and ornamental plants. These decorations look amazing and adore both – tourists and locals. Visitors have a great range of various amazing entertainments. They can choose from the most interesting walk excursions or even order the boat excursions to Bourtzi Fortress. Waterfront of Nafplion is a lively, outstanding and crowded place in the town. … Read further

Distance from Hydra Island center - 43.8 km.
The archaeologist and his group conducted the researches on the territory of the ancient city in the period from 1870 to 1926. The amphitheater discovered by them was reconstructed a few years later. In 1938 the first performance 'Elektra' took place there. The main roles were played by Eleni Papadaki and Katina Paxino. During the Second World War theatrical performances were suspended, the arena was partially destroyed. After the war the amphitheater was renovated to the shortest deadlines. Since 1955, the antique construction in Epidauros is a permanent venue for the theater festival. The festival is always held in summer, in high season. … Read further

Search touristic sites on the map of Hydra Island

Sightseeing in regions nearby Hydra Island

Attica Region
Important historical landmarks located outside of capital city include Daphni Monastery. History of this building goes back into Byzantine times. Initially built as the temple devoted to Appolo of Daphni, it was used as a fortification after adoption of Christianity; later it housed a psychiatric hospital. Recently renovated, it is the one of the most important historical ... Open »
Spetses Island
Hundreds of years ago, the picturesque island of Spetses began to attract noblemen who built luxury villas on the coast. Today, this aristocratic Greek island is accessible for everybody. Its main attractive feature is the primordial nature and a large selection of gorgeous beaches. The enchanting island of Spetses is home to Laskarina Bouboulina, who became famous during the ... Open »
Agistri Island
Agistri is one of the most beautiful and interesting places to visit among the Saronic Islands. It attracts primarily with its picturesque beaches and unique nature. Despite its compact size, this beautiful island is suitable for various activities. Fans of excursions would enjoy a decent selection of interesting historical sites, as well as unique creations of nature, which ... Open »
Aegina Island
The main historical symbol of Aegina is Temple of Aphaia. It’s hard to imagine that the age of this large-scale and harmonious construction is more than 2,500 years. The temple has perfectly preserved after thousands of years; its foundation and most slender pillars have survived to these days. According to scientists, the first church built on the site of the present ... Open »
Athens
The Acropolis and the Parthenon. The Acropolis is usually called the symbol of Athens. It is nearly impossible to find a place in the city, from which you won't be able to see the columns of its main temple - the Parthenon. In Greek the Acropolis means “the upper town”, and the Acropolis is actually built on a limestone plateau that 156m high. This plateau forms the ... Open »
Corinth
The first settlement on the site of modern Corinth appeared approximately in 4,000 BC. This was one of the major centers of trade in the East Mediterranean. The city controlled all traffic near the isthmus and offered carrying services for ships sailing from the Ionic Sea to the Aegean Sea. At that time, Corinth was a popular settlement famous for its ceramics and textiles. ... Open »

All about Hydra Island, Greece - sightseeings, attractions, touristic spots, architecture, history, culture and cuisine. Prepare your trip together with OrangeSmile.com - find out the 'must see' things in Hydra Island, which places to visit, which excursions to take, where the breathtaking views are waiting for you. Planning your trip with this travel guide will help your to get the most out of Hydra Island in few days.