Sightseeing in Evvoia Island - what to see. Complete travel guide 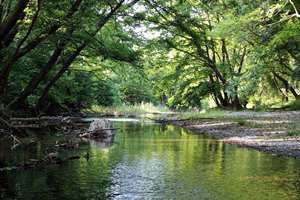 Evvoia is the second largest island of Greece after Crete. Travelers associate the island with charming pine forests, beautiful beaches and healing springs, as well as a variety of historic monuments. Guests of the island have an opportunity to combine various leisure activities: scenic walks, exploring historical heritage, staying at the charming coast and health caring.
Shopping in Evvoia Island - main shopping streets, outlets and boutiques
In Evvoia, you shouldn’t worry that you will buy some trinket at an outrageous price. It is not common among the locals to profit from the tourists. When you are buying the thing you …

Open
Chalkida is the capital of the island. A few hundred years ago there was an ancient settlement on its territory. Today it’s a large-scale modern metropolis with many historical monuments concentrated in Castro District. There are unique buildings built during reign of the Venetian Empire. Old mosque built in the 15th century is among the most prominent attractions of the historic district of the capital. Next to the mosque there’s a picturesque territory with fountains and sculptures.
The nearby religious monument is of earlier period; Agia Paraskevi Church

was built in the 13th century. Exterior view of the church, as well as its interior, has continuously changed for centuries, so today it’s a unique combination of a wide variety of styles. Near Chalkida is Fourka

; climbing to the top of this hill will be interesting not only for fans of natural attractions, but also for those interested in history. At the top of the hill there is an old Fortress Karababa

perfectly preserved to this day. It’s also worth noting that the capital has the largest and most interesting museums: the Archaeological Museum and the Ethnographic Museum. Art lovers and refined natures would like collection represented at the Municipal Gallery. Copyright www.orangesmile.com
Family holidays with kids in Evvoia Island. How to entertain your child, things to show to children.
Many tourists, who have visited Evvoia Island, think it is one of the best places for a family vacation. It probably is, because children will definitely find something interesting to do …

; it’s the busiest port area. Here you can find a lot of amazing taverns and entertainment places occupying picturesque historic buildings. This small town affects with abundance of ancient attractions represented on its territory. There are ruins of the Acropolis and the ancient theater, the main market square and prehistoric sanctuary, which was dedicated to Dionysus. There are monuments of later periods too, as during the Middle Ages rich captains built their mansions and villas there. Today, one of them houses the amazing archaeological museum. 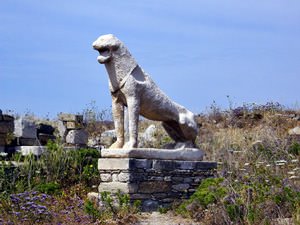 area enjoys unchanged popularity among fans of hiking. There are many picturesque villages there, each of which has its own unique character. Thus, Kehries

features a unique healing spring, which is associated with many beautiful legends. Skepasti

is famous for its religious attractions, including the Agios Nikolaos Church. Its walls house the priceless relic, the wooden iconostasis, which was moved here immediately after the founding of the church in the mid19th century. It’s definitely worth to visit the nearby village of Dafni

with its Church of Holy Apostles Peter and Paul. This religious landmark is of great interest from an architectural point of view. Each town of Evvoia may surprise travelers with its rich historical and cultural heritage.
Cuisine of Evvoia Island for gourmet with top restaurants and cafe
The Greek cuisine is world-famous for being diverse, filling, and healthy. Vegetables, meat, and fish are equally important here. In almost every dish, the Greeks traditionally add olive …

Open
The island of Euboea has got a status of a famous health resort in the last decades. Mineral hot springs are the reason for the healing properties of that place. Travelers are welcome to rejuvenate and boost their vitality in a natural way in numerous local thermal centers and spas. Thermae Sylla remains the most famous resort area on the island. Thermae Sylla SPA is a high-class wellness center that is recommended to everyone who cares about beauty and health. There also several popular spa centers in the area of Kymi. Here tourists have a fantastic opportunity to combine their leisure vacation with healing treatments. 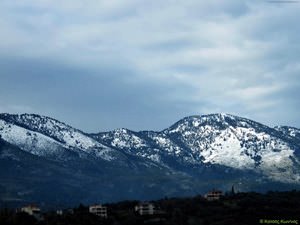 Travelers, who always claim the best and prefer upscale resorts, will like the island of Skiathos. Local thermal springs are quite popular and so there are many luxurious hotels nearby. Each of these hotels has own spa salon and swimming pools with thermal water. Despite the upscale status and popularity of the resort, Skiathos remains a calm and peaceful place. The island is also famous for its natural landmarks. Tourists will have no problem finding idyllic places to relax and walk in picturesque places.

This guide to iconic landmarks and sights of Evvoia Island is protected by the copyright law. You can re-publish this content with mandatory attribution: direct and active hyperlink to www.orangesmile.com.
Evvoia Island - guide chapters 1 2 3 4 5 6 7 8 9

Survived castles around Evvoia Island
♥   Castle 'Castle of Chalkis' Chalkis, 13.5 km from the center. On the map

National and city parks around Evvoia Island
♥   National Park 'Ethniko Parko Schinia Marathona' , 48 km from the center. On the map

Sights around Evvoia Island from our guide 'Extreme places on Earth'

Distance from Evvoia Island center - 65.2 km.
During the tour, guests of the city will hear interesting legends about the birth of Dionysus and Heracles, about the exploits of the legendary king Cadmium and bloody battles that has being devastated the thriving city for thousands of years. Developed tourist infrastructure of the city will be a nice addition to stay, as modern Thebes offers its guests a lot of attractive hotels, magnificent local restaurants and lots of amazing places to relax. … Read further

Distance from Evvoia Island center - 60.7 km.
The construction of the amphitheater was completed in 165 AD. In the course of the last reconstructions, only a multicoloured marble facing and several statues were renovated. All other elements of architecture are perfectly preserved from the time of construction, which allows guests of the ancient theater to fully enjoy its pristine grandeur. The best time to visit the sights is a period from June to September, when the annual Athens Festival takes place. During this period, interesting performances and concerts in the amphitheater are held literally every week. … Read further

Search touristic sites on the map of Evvoia Island

Sightseeing in regions nearby Evvoia Island

Chalkida
In the northern part of the city is the location of a beautiful building -Red House, which once has belonged to a noble Mallios family. You will see an embankment near the house. This is one of the most popular places for walks among both locals and tourists. This is just a small part of numerous notable places that guests will be offered to see in Chalkida. You may also find ... Open »
Eretria
You can "read" the history not only among the ancient monuments, but also in the Archaeological Museum, which collection includes artifacts, the value of which is even difficult to estimate. Experienced guides will assist you during the inspection of the museum. The uniqueness of the resort is also in the nature of its coastline. A large number of small rocky islands along ... Open »
Athens
The Theatre of Dionysus. The Theatre of Dionysus is situated at the bottom of the Acropolis. This is the oldest theatre in Europe and the cradle of the Greek tragedy. First performances took place here yet in the 6th century. The ancient scene was simply an area with trampled ground with public sitting on the grass and forming a semicircle around the scene. When the theatre ... Open »
Sporades Island
Archeological points of interest, historical landmarks of the past, hundreds of charming churches and monasteries, museums and, of course, glamorous beaches make islands popular among millions of tourists. There are 700 islands in total, but only four are inhabited. Sporades became a popular place to visit only recently and still retain their pristine charm. Island of ... Open »
Skopelos Island
The highest point in North Sporades, Delphi Mountain, can be found on Skopelos. Climbing it is one of the most emblematic and interesting activities. The mountain is 681 meters; its slopes are covered with thick impenetrable forests. It’s recommended to go camping only accompanied by a guide, since trails on the slopes of the mountain are very twisty and confusing. The main ... Open »
Alonissos Island
Travelers who are interested in history and would like to stroll through the important archaeological areas have to visit Kokino Castro. There scientists have discovered everyday objects belonging to first inhabitants of the island, as well as the remains of prehistoric animals. This gorgeous island is interesting, first of all, for its numerous natural attractions. The must ... Open »

All about Evvoia Island, Greece - sightseeings, attractions, touristic spots, architecture, history, culture and cuisine. Prepare your trip together with OrangeSmile.com - find out the 'must see' things in Evvoia Island, which places to visit, which excursions to take, where the breathtaking views are waiting for you. Planning your trip with this travel guide will help your to get the most out of Evvoia Island in few days.