Sightseeing in Kythira Island - what to see. Complete travel guide 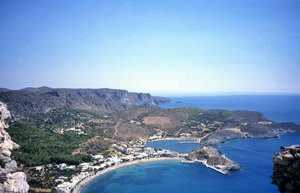 According to one of the legends, the beautiful island of Kythira is the birthplace of the goddess of love Aphrodite. For many years it has being under the rule of the Venetian Republic, and then was a British colony, so monuments of a variety of historical periods can be seen there. Kythira is often called Eucalyptus Island, as you can see these mighty trees literally everywhere. The island constantly enjoys attention of fans of eco-tourism and beach activities; each year thousands of visitors from all over the world rest there. People from Athens arriving on the island at the weekend also like the place.
Top hotels in Kythira Island for business trip or short vacation
Majority of Kythira hotels are in close proximity to the coast. One of the upscale beach hotels is Kythira Golden situated in few minutes from popular Diakofti Beach. The hotel offers fully …

Open
Despite its modest size, the island is characterized by an abundance of interesting historical sites. It’s worth to start an acquaintance with walk around the capital, the town of Chora. Here one can see many amazing buildings that were built in the early medieval period. The ancient castle of Chora can be seen on a high hill, next to which there are excellent viewing platforms.
The ancient fortress is the main attraction of the capital. Another important symbol is the beautiful chapel Panagia Myrtidiotissa. It’s incredibly beautiful and interesting from an architectural point of view; a lot of amazing stories are associated with the construction. Next to the church you can see several old guns; hundreds of years ago they have defended Kythira from invaders. Copyright www.orangesmile.com
Best beaches and recreation areas around Kythira Island
Beaches of Kythira are all different, and each of them is attractive in its own way. Lively and quiet, fully furnished and wild, pebble and sand - such a variety of scenic coastal areas will …

Open
The most mysterious attraction of Kythira is a small island situated close to the seafront. It’s believed that it was the birthplace of the goddess Aphrodite. A walk along the waterfront is one of the most important events for couples visiting the island. After seeing the important sights of the historic district of Chora, it’s worth to have a stroll through the so-called New Town. This name is quite disputable, since the New Town was built up in the 17th - 19th centuries; the appearance of mansions hasn’t changed for hundreds of years. Almost all local mansions belong to wealthy residents of Athens; the former will provide a lot of impressions to fans of ancient architecture. 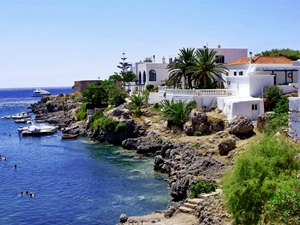 There are amazing cultural venues in Chora, including the Archaeological Museum. It represents precious findings of scientists found over the years of exploring the island. The age of some items is more than two thousand years. The museum's collection is regularly updated with new artifacts.
Top hotels in Kythira Island for business trip or short vacation
Majority of Kythira hotels are in close proximity to the coast. One of the upscale beach hotels is Kythira Golden situated in few minutes from popular Diakofti Beach. The hotel offers fully …

Open
Fans of tours shouldn’t be limited solely by walking through the capital, since it will be interesting to visit the historic village Avlemonas. It’s situated in the picturesque mountain area. The main symbol of the village, the church of Agios Georios, stands proudly on the highest hill. Age of this building is almost one and a half thousand years. The picturesque town of Mylopotamos has also preserved some interesting historical monuments. Among them is there is an old mill and a stone bridge; there are many interesting natural attractions near the village. 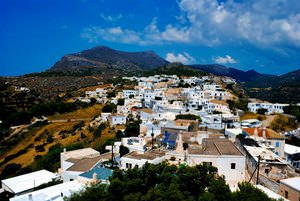 One of the oldest settlements on the island is Paliochora. During the reign of the Byzantine Empire, it was the capital of Kythira. The town has preserved six priceless religious monuments, among which the most interesting is the Church of St. Barbara built in the 14th century. In the southern part of the town there is an important archaeological site. According to historical data, it housed the main residence of the Archbishop of Kythira in medieval times.
Best beaches and recreation areas around Kythira Island
Beaches of Kythira are all different, and each of them is attractive in its own way. Lively and quiet, fully furnished and wild, pebble and sand - such a variety of scenic coastal areas will …

Open
Visitors to Kythira Island can easily combine interesting excursions with beach recreation. It is easy to find a beach for any taste on the island. Fyri Ammos Beach is an incredibly attractive place that is, however, not very easy to get to. Many travelers prefer to use boat services to reach the beach. The land path to the beach is quite long and complicated. This is one of the reasons why the beach is almost never crowded even during the peak season. Khalkos Beach is slightly smaller than its main competitor, but it is, nevertheless, an incredibly picturesque place. In summer, charming taverns are open near the beach. Vacationers can also rent all the necessary beach and sports gear in special offices. 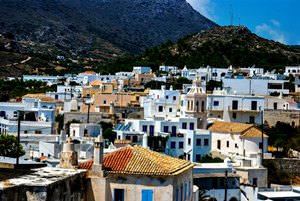 There are several diving centers open on the market, and not only experienced divers but also beginners are welcome to visit them. Coastal waters are rich not only in marine creatures. Experienced divers will be thrilled to explore gorgeous underwater caves. If a prospect of scuba diving doesn’t sound too appealing, consider attending an interesting marine excursion along the coast. This is a fabulous opportunity to see the most picturesque areas of the island. As Kythira is a rocky island, fans of alpinism are also not rare there. There are suitable trails for both beginners and experienced alpinists.

This guide to iconic landmarks and sights of Kythira Island is protected by the copyright law. You can re-publish this content with mandatory attribution: direct and active hyperlink to www.orangesmile.com.
Kythira Island - guide chapters 1 2 3

City tours, excursions and tickets in Kythira Island and surroundings

Survived castles around Kythira Island
♥   Castle 'Cythera Castle' Cythera, 3.7 km from the center. On the map

♥   Castle 'Monemvasia Fortress' Monemvasia, 49.8 km from the center. On the map

Sights around Kythira Island from our guide 'Extreme places on Earth' 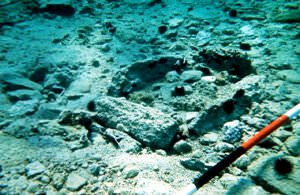 Distance from Kythira Island center - 30.5 km.
Researchers have identified about 15 separate buildings in the flooded city. The total area of residential buildings, according to approximate calculations of scientists, is 9,000 square meters. Currently the ruins of Pavlopetri represent the attraction of world importance. However, it’s extremely difficult to ensure the proper security of historic sites hidden underwater. Not only inexperienced divers and robbers can harm old buildings, but the anchors of vessels, whose traffic in the area is virtually unregulated. … Read further 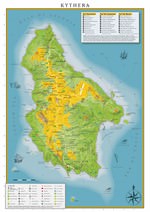 Search touristic sites on the map of Kythira Island

Sightseeing in regions nearby Kythira Island

Monemvasia
In the opinion of many, the castle town of Monemvasia is one of the most picturesque and attractive places in Greece. The unusual location of this settlement is one of the reasons why so many foreign tourists decide to visit Monemvasia. The town is built on a high rock that looks completely impenetrable at a glance. A devastating earthquake many centuries ago formed this rocky ... Open »
Attica Region
Excursions fans should start from Athens. Lots of historical and cultural landmarks including the everlasting symbol of the capital, Acropolis of Athens, are excellent examples of local culture. Acropolis is a huge architectural complex that includes a number of antique temples, shrines and ceremonial buildings. Most of Acropolis lies in ruins, but survived fragments allow ... Open »
Spetses Island
Among the other attractions of the capital the Church of the Virgin Armata is notable. Its construction has begun in 1824, three years after the end of the war. In 1830, the beautiful church met first parishioners, since then it remains the permanent symbol of the victory for the islanders. The Cathedral of St. Nicholas was the witness of heroic battles. The first revolutionary ... Open »
Kalamata
An old fort is so called signature place of Kalamata. The building of the fort is connected with economic rise and development of this place. Rich history couldn’t have failed to make its impact on the culture of this place. In 1715 Kalamata was conquered by the Turkish aggressors and after this Turks ruled the town for over than a hundred years. Some buildings and districts ... Open »
Chania
Agora market is one of main attractions of the old part of the town. The market was opened in 1911. The shopping rows here are covered and built in the shape of a cross. The market is strictly oriented to the cardinal. Another interesting market is called "Leather Quarter". As you might guess from the title, here you will find the largest choice of leather. If you have not ... Open »
Hydra Island
Assumption of the Virgin Mary Church is considered to be one of the most beautiful among religious attractions. It’s located in close proximity to the coast, at the picturesque rocky terrain. As this religious landmark is close to the most popular beach of Hydra, the church is visited by all the guests of the island. No less impressive religious monument is the Church of St. ... Open »

All about Kythira Island, Greece - sightseeings, attractions, touristic spots, architecture, history, culture and cuisine. Prepare your trip together with OrangeSmile.com - find out the 'must see' things in Kythira Island, which places to visit, which excursions to take, where the breathtaking views are waiting for you. Planning your trip with this travel guide will help your to get the most out of Kythira Island in few days.