Sightseeing in Tinos Island - what to see. Complete travel guide 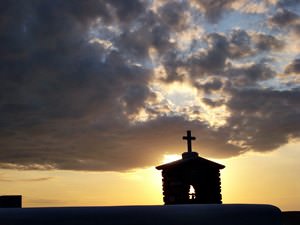 Tinos Island is located in the northern part of the Cyclades, travelers know it as a popular beach destination. In addition to the great beaches, the island has a wide choice of decent historic monuments. Tinos, like many other Greek islands, is famous for its religious attractions. If foreign visitors come to the island primarily for beach holidays, the Greeks arrive here not because of sunbathing.
Family holidays with kids in Tinos Island. How to entertain your child, things to show to children.
It is impossible to say definitely whether to visit Tinos with children. Of course, the island is very peculiar and interesting in its own way. The architecture is beautiful and inimitable …

Open
Tinos can boast one of the main shrines of Greece, Panayia Evanyelistria Cathedral. The history of its occurrence is very interesting. In 1822, monks have found the image of the Virgin on the site, where the religious sanctuary is located. Many impressive stories and legends are associated with this artifact; thousands of people came to believe in its miraculous power. Immediately after the momentous event the church was laid on the island. The shrine has become a permanent storehouse for the miraculous image and the center of attraction for thousands of pilgrims.
It should be noted that the church is interesting not only for its religious artifacts, as it’s the most beautiful architectural monument of the island. The church is located in the center of the capital city of Tinos, on a high hill. You can climb to the top of the hill using the marble staircase, which is also considered an important landmark. Here, on the stairs, pilgrims leave a huge amount of jewelry, icons and lamps. Part of the donations of parishioners is stored in a small museum, which is located next to the church. At the foot of the hill there is a crypt, in which the image was found, as well as a necropolis reminding guests of the island about tragic events of 1940. Copyright www.orangesmile.com
Cuisine of Tinos Island for gourmet with top restaurants and cafe
Tinos almost doesn’t differ from the rest of Greece in culinary terms. Delicious and hearty dishes cooked according to old national recipes from natural and fresh products are waiting …

Open
This lovely church is not the only attraction of the capital, as the city can boast a great number of luxury villas. The bulk of them can be found in the medieval district of Tinos, next to the Archeological Museum. The later houses a rich collection of archaeological finds discovered during the exploration of the island, one of the most valuable exhibits is the Roman sundial. 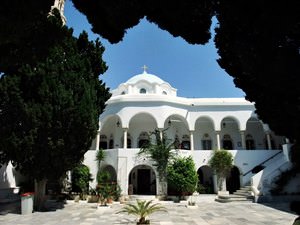 ; here scientists have discovered the ruins of the temple of Aphrodite and Sanctuary of Poseidon. The complex of buildings was restored as accurate as possible; in addition to the foundation of the temple you can see ancient thermae, fountains and even the surviving part of the building, where pilgrims have lived. Ktikados

is popular among hikers; you can reach it via mountain path originating at the main religious attraction of Tinos. The picturesque mountain village is surrounded by beautiful vineyards, this place is the best fit for admiring scenery.
Authentic traditions, festivals and lifestyle of Tinos Island inhabitants
Tinos differs from other Greek Islands in an unusual atmosphere of spirituality. The status of a sacred island was assigned to it during the reign of the black colonels. The indigenous …

Open
One of the best places to explore the traditions of the locals isVolax. This village is one of the most secluded on the island. For many years, this picturesque place has being the center of the cultural life of the island; this is where the most experienced craftsmen live. You can see the fruits of their labor in the local folklore museum without admission fee. The main cultural center is the open Theatre Fontaine, which is a permanent venue for the annual theater festival. Equally important craft center of the island is the village of Pirgos

. Local craftsmen make incredibly beautiful products of marble. The best works of the masters, as well as many other priceless works of art are represented in the local art museum. 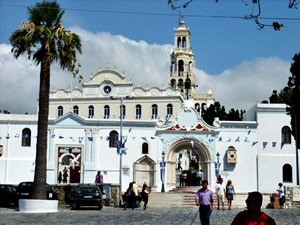 The most popular and picturesque beach of the region, Agios Fokas, is located not far from the capital. This beach is covered with soft and light sand. Agios Fokas is safely protected from wind, so strong waves are very rare in this coastal area and water is always calm and clean. It is a comfortable place to relax with children. There are many interesting places suitable for a walk not far from the beach.
Excursion over cultural sights of Tinos Island - 'must visit' points of interest
Tinos is one of the islands of the Cyclades Archipelago. This is a real paradise for fans of temple architecture. More than 800 churches, monasteries, and chapels are located in a small …

Open
Agios Sostis is a no less attractive and charming beach. It is distinguished by a calmer atmosphere, and there are usually not many vacationers there. Kolymbithres Beach is located in the lagoon with the same name. It is a charming place, the name of which can be translated from Greek as a “swimming pool”. The lagoon, indeed, resembles a large naturally formed swimming pool. Even people who cannot swim will find it comfortable to relax there. Water is incredibly clean, so fans of snorkeling love relaxing on this beach. There are several diving centers on the island. Divers will be pleased with numerous interesting sites that are incredibly exciting to explore.

This guide to iconic landmarks and sights of Tinos Island is protected by the copyright law. You can re-publish this content with mandatory attribution: direct and active hyperlink to www.orangesmile.com.
Tinos Island - guide chapters 1 2 3 4 5 6 7 8 9 10

City tours, excursions and tickets in Tinos Island and surroundings

Survived castles around Tinos Island
♥   Castle 'Exomvourgo Fortress' Exomvourgo, 3.8 km from the center. On the map

National and city parks around Tinos Island
♥   National Park 'Ethniko Parko Schinia Marathona' , 121.2 km from the center. On the map

Art galleries in Tinos Island and around
♥   Art museum 'Archaeological Museum of Delos' Delos, 17.9 km from the center. On the map

Search touristic sites on the map of Tinos Island

Sightseeing in regions nearby Tinos Island

Mykonos City
The excursions to another, no less attractive island named Delos are organized every day. This is the largest religious and cultural center of Greece that has kept in safety its rich historical heritage. The island has several towns that are definitely worth visiting by every vacationer. Chora is considered the business center of Mykonos, so best restaurants and discos are ... Open »
Mykonos Island
Panagria Tourliani monastery is the very symbolic landmark. Named after island's holy patroness, it’s located in Ano Mera village situated in the very center of Mykonos. Its distinctive feature is rich inner decoration, including huge icons with New Testament scenes, amazing wooden iconostasis and noble metals enrichment. You can watch these treasures for hours. There's also ... Open »
Syros
In Galissias there is the restaurant that has long won acclaim vegetarians. Iliovasilema is a great place reminiscent of the classic Greek tavern. Stuffed tomatoes and soups, desserts and excellent wine are among its branded treats. Those who wish to visit a real Greek tavern and taste dishes cooked following classic recipes are recommended the Psaropoula restaurant. It ... Open »
Andros Island
Andros is the second largest islands among the Cyclades. It’s reasonably considered one of the most beautiful islands of the archipelago. There are beautiful mountain slopes covered with dense thickets, an infinite valley, and a large number of vineyards and olive groves. There are also magnificent sandy beaches and attractions that deserve attention of curious tourists. The ... Open »
Naxos
The first mention of the Greek island of Naxos dates back to the 8th century BC. It is the largest island of the Cyclades, which never ceases to attract fans of history and ancient architecture. In the early 13th century, it was the base of pirates, so enthusiastic travelers don’t stop to explore the grounds of the island as they hope to find priceless treasures. Mount Zas ... Open »
Naxos
Besides visiting historical places of interest the tourists who have come to Naxos are able to get magnificent rest on white sandy beaches. The biggest is the beach of the region is Agios Georgios, which length exceeds one kilometer. On these beaches you can also participate in numerous discos that are organized under the open sky. There are also night clubs on the beaches, ... Open »

All about Tinos Island, Greece - sightseeings, attractions, touristic spots, architecture, history, culture and cuisine. Prepare your trip together with OrangeSmile.com - find out the 'must see' things in Tinos Island, which places to visit, which excursions to take, where the breathtaking views are waiting for you. Planning your trip with this travel guide will help your to get the most out of Tinos Island in few days.