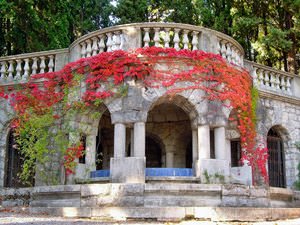 Varese is famous for its gorgeous architectural landmarks. The city is incredibly rich in museums and theaters. Sacro Monte of Varese is, without a doubt, an important landmark that tourists should attend. This is where the solemn religious processions start from. Palazzo Estense is a true architectural masterpiece. The gorgeous building is a fine example of the Baroque style. During its long history, the palace changed its purpose several times. Nowadays, it is the location of the city’s administration.
Your active city break in Varese. Attractions, recreation and entertainment - best places to spend your day and night here
Varese and the surrounding towns have much to offer to travelers. Both fans of architectural landmarks and adherents of eco-tourism will be satisfied with their vacation in this part of …

Open
Basilica di San Vittore remains one of the main religious landmarks of Varese. This beautiful church was built in the 12th century. There is an elegant bell tower nearby, which was built five centuries later. Despite such a significant difference in age, both the buildings look harmonious and attractive together. Fans of exploring historical places should definitely visit the ancient Castle of Masnago that is located in the historic part of Varese. The gorgeous fortress witnessed many important historical events. There is a beautiful botanic garden near the castle. As it is free to enter, the garden is a great place to relax after an excursion in the castle.
In Varese, there are several beautiful villas and mansions that deserve the attention of curious travelers. Villa Mirabello has been transformed into a museum that exhibits a priceless collection of archaeological artifacts. Some halls of the museum are dedicated to a collection of art, so visitors can see many precious works of famous medieval artists. Continue your acquaintance with works of local painters in the museum that is open in Villa Menafoglio Litta Panza. The exhibition of this museum is dedicated to works of outstanding minimal artists. Copyright www.orangesmile.com
Advices to travellers: what you should know while being in Varese
1. The period from May to October is considered the best time to visit Varese. The weather is always fine during this part of the year, so nothing will spoil your plans. 2. There are no …

Open
Built at the beginning of the 18th century, Villa Recalcati is now the location of the Varese Province prefecture. This building is also distinguished by an inimitable architectural style and never ceases to amaze visitors with its elegance and beauty. Fans of theatre art will find it very interesting to explore Piccolo Teatro Grassi. By the way, the theatre has new plays several times a year. The suburban area of Varese is no less interesting and also has some notable landmarks. Fans of eco-tourism will admire walking along the shore of Lake Maggiore that is a regular location of various sports competitions and regattas. If landmarks of the city are not enough, it is high time to explore the surrounding villages and towns that are also rich in historic landmarks. 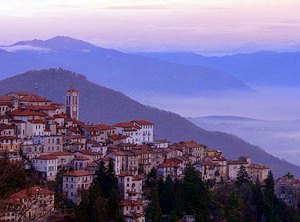 As a region with a rich history, Varese has many fabulous castles that are incredibly interesting to explore. Some of them are located in the city itself, and some – in the nearby towns. The Castelbarco Visconti castle in Cislago was built in the 11th century. Closer to the end of the 13th century, the Visconti family purchased the gorgeous castle. The original building was destroyed by the Landsknechte in the 17th century, but it was rebuilt later. Since 1716, the beautiful building became the residential villa of the Castelbarco family. Travelers will find it interesting to explore the U-shaped medieval castle design that is traditional for the area.
Varese design-hotels for stylish travellers
One of the most original Varese hotels in terms of design is Atahotel Varese. The aparthotel's spacious rooms are decorated in warm colors, an abundance of beautiful fabrics of light shades …

Open
The Castle Castiglioni di Mantegazza in Varese enjoys a fabulous location south-west of Lake Varese. The exact age of the gorgeous architectural complex is not known, but scientists think it was between the 11th and the 13th centuries. Before the castle was an element of the city’s protection system. It is easy to watch the Velate and Sacro Monte towers from Castiglioni di Mantegazza. The castle that tourists can see now was built somewhat later, in 1400. The watchtower is the oldest element of the complex. It is a gorgeous L-shaped building where visitors have an opportunity to see old frescoes that date back to the beginning of the 15th century. The frescoes mostly depict scenes of royal life. 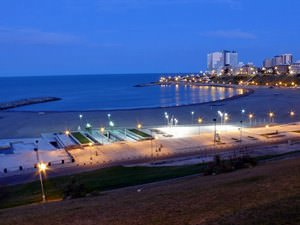 Another wonderful historical monument is the Chiesa di Santo Stefano. This church was built in the Roman style, and despite the fact that it is rather small, it immediately becomes clear when you look at it, that it is worth paying a visit. The fact is that peace and tranquility are assured here – that is, the essence of which people come to church is realized here. The Chiesa di San Giuseppe impresses with its chic interior – sculptures, altar, and frescoes. The monument was built at the beginning of the 16th century, and the facade was rebuilt at the beginning of the 17th century. From an architectural point of view, you will find the Chiesa della Madonnina in Prato attractive. This church is also not very large, but it immediately catches the eye. It was built in 1574, and there is an interesting story connected with the cathedral, which you definitely should listen to.
Old hotels keeping the history of Varese
Varese invites all its guests to spend a few days in one of the amazing historic hotels like prestigious Palace Grand Hotel Varese occupying a rich historical building. It looks incredibly …

Open
The most charming fountain in the city is the Fontana di Piazza Monte Grappa. You should, like everyone else, throw a coin here – in order, of course, to return to Varese again. You should definitely visit the Comune di Varese; the building impresses with its beautiful architecture. There is also the Torre di Velate, built in the 11th century. It likewise amazes with its rich history. The Cimitero di Velate is located nearby. Here you will find sculptures, tombstones, tombs, and crypts of different dynasties of the city, amongst which you can see the names of famous people. 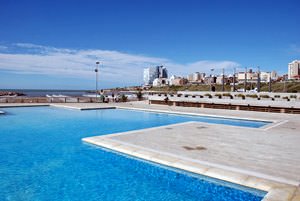 Castello di Belforte has a rich historical value. Today, the building is dilapidated, but when you visit it, you are sure to catch a feeling of its history. The castle was built in 1164, and after 11 years, in 1175, the King of Germany, Frederick I Barbarossa, visited it. In the 18th century, the building became a manor house, but due to the war for independence (the building was the headquarter of Giuseppe Garibaldi), the building was badly damaged. The villa gradually fell into disrepair, hence, ending up in a dilapidated state.
Best hotel choice for romantic escape, wedding or honeymoon in Varese
In Varese, it shouldn't be a problem to find a suitable place for a romantic stay, and upscale Hotel Di Varese would be an ideal option. Its cozy rooms with wooden ceilings and an elegant …

Open
Among the various interesting homesteads in Varese, Villa e Collezione Panza is one that stands out. This is a great example of how beautiful real homesteads should be. There is an amazing park on the territory – a great place to have a walk. Temporary art exhibitions are often held here. Another villa is called Villa Toeplitz. Its main attraction is a beautiful garden. There is yet another place which will appeal to lovers of mysticism. We are here talking about the Grotta della Madonnina di Bobbiate, where candles are lit every day in honor of a memorable event. You can also see flowers here all year round. It is worth finding out why it is so – the fact is that a very interesting story is connected with the place.

In the section below, you can get one of our excursion, activities or city discovery tours over Varese and surroundings. Our website offers 10-30% lower ticket prices, when compared to the offline purchase on the spot.

This guide to cultural sights Varese is protected by the copyright law. You can re-publish this content with mandatory attribution: direct and active hyperlink to www.orangesmile.com.
Varese - guide chapters 1 2 3 4 5 6 7 8 9 10
Reference information
Map of all palaces

Public palaces near Varese
♥   Palace 'Royal Villa of Monza' Monza, 42.7 km from the center. On the map

Cathedrals and basilicas near Varese
♥   Chiesa di Santa Maria Foris Portas, Castelseprio, 10 km from the center. On the map

Photogallery of cultural heritage of Varese

Excursions over cultural sights of neighbours of Varese

Como
San Carpoforo is the oldest building of Como. It was built on top of ancient Roman temple of Mercury. Church was rebuilt and expanded many times later on. San Carpoforo is not the only ancient church of Como though. Basilica of Sant'Abbondio dating 11th century and 12th century San Fedele church are very interesting buildings. There are landmarks of later ages as well that ... Open »
Lugano
The most visited cultural site of Lugano is Art Museum named Städtisches Kunstmuseum. It is located on the territory of the marvelous country villa Malpensata. In the middle of the 19th century the villa was owned by a wealthy patrician who in a later date conveyed the stunning house to the museum. Today the museum presents a rich collection of the paintings of local artists ... Open »
Locarno
Travelers can see many interesting architectural buildings scattered around the Piazza Grande. A unique historical building is placed there. It was built more than 300 years ago and today it hosts a renowned hotel. The main natural landmark is the Verzasca valley. Many touristic routes are crossing its territory. Hiking through the ancient reservation one can reach the ancient ... Open »
Monza
Under the cathedral, there is the main museum in Monza, Museo e Tesoro del Duomo di Monza. It is located in a big underground gallery. You can enter the museum through the bell tower of the cathedral. This museum is a real treasury that houses the collection of jewels and pieces of art of the 4th-19th centuries. Here, you can see masterpieces, some of which are aged over a ... Open »
Milan
Church of St. Lorenzo is a truly striking religious attraction. Every year the church is visited by thousands of pilgrims. One of the greatest artists - Michelangelo – worked over painting and decorating the walls of the church. Church of St. Lorenzo has the full right to be considered one of the most beautiful churches in the world. The main relic of the cathedral, which is ... Open »
Ticino
Travelers who want to get acquainted with the way of life of indigenous peoples are recommended to take a stroll around the neighborhood of the capital. There are several charming fishing villages that have managed to retain their unique charm. A major tourist center is the city of Locarno that is a permanent venue for major cultural events. Locarno is famous for its natural ... Open »

Culture guide to Varese. Which fascinating sights to visit once you are in Varese: temples, churches, museums, theaters and castles. Recommendations (with addresses, phone numbers and links) on the places 'must visit' in Varese. Plan your own city excursion by using this page info!