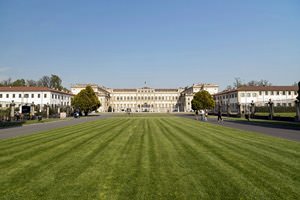 One of the main historic symbols of Monza is a magnificent cathedral Duomo di Monza located in Piazza del Duomo. It impresses with its sophisticated architectural style and exquisite finishing. The cathedral was built of fine marble and decorative stone. The first basilica at the site of the modern cathedral was built in the late 6th century. It was dedicated to the patron of the city, John the Baptist. The basilica was first reconstructed in the 14th century. At that time, it was turned into a cathedral.
Guide to Monza sightseeing - things to see and to visit
This town is located near Milan. Monza is well-known to all fans of Formula 1, because the main airfield is located here. First settlements on the territory of the town were founded during …

Open
The facade was finished with black and white marble that has been partially survived until nowadays. In the years ahead, the cathedral was modernized and designed by talented architects and craftsmen. Now, interior rooms are decorated with sophisticated painting, colorful marble mosaics, and stone engraving. There are a lot of well-preserved medieval frescoes. The sophisticated design is supplemented with a thoughtful lighting system.
Under the cathedral, there is the main museum in Monza, Museo e Tesoro del Duomo di Monza. It is located in a big underground gallery. You can enter the museum through the bell tower of the cathedral. This museum is a real treasury that houses the collection of jewels and pieces of art of the 4th-19th centuries. Here, you can see masterpieces, some of which are aged over a thousand years. Precious relics that belonged to the representatives of the royal family are especially interesting. Copyright www.orangesmile.com
Family holidays with kids in Monza. How to entertain your child, things to show to children.
One of the biggest cities of Lombardy, Monza, is a perfect place for family recreation. It attracts many tourists with children. Here, they can visit entertainment centers, do outdoor …

Open
Another precious architectural monument is the building of the old town hall Arengario di Monza located near the cathedral. The town hall was built in the main square in 1293. Originally, it served as the main residence for the local authorities. Nowadays, the town hall is an impressive example of the Gothic style. For over 700 years, it has preserved a lot of original architectural elements. 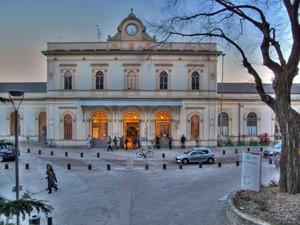 In the building, there is a well-preserved balcony, from which the municipal authorities provided the citizens with the most important news. In the 14th century, a bell tower was added to the town hall. It has survived to this day. The most interesting part of the historic construction is a spacious gallery with carved arched vaults. In the Middle Ages, fairs were held here. Now, the town hall is a culture center where art exhibitions and themed events often take place.
Cuisine of Monza for gourmet with top restaurants and cafe
Monza will impress gourmets with a diversity of dishes. The regional cuisine is quite unusual but attractive. The recipes of some “peasant” dishes have been preserved for hundreds of …

Open
Another interesting city symbol is Villa Reale. It was built in the second half of the 18th century upon the order of the Empress Maria Theresia of Austria. The Empress presented this luxurious villa to her son Ferdinand who set out a wonderful garden around it in the early 19th century. He arranged a green area of 750 hectares for royal hunting. Later, a summer theater, several pavilions, a rosary, and greenhouses were built in the territory of the big park near the villa. The villa had belonged to the royal family until 1934 and passed to the city then. Today, the villa is open to visitors. Art exhibitions and literary evenings are often held here. The garden around it has turned into an outdoor culture center too. Summer performances, concerts, festivals, and fire shows take place here. 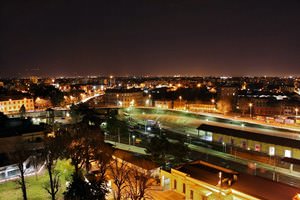 Not far from the villa, there is another significant city monument, Cappella Espiatoria. This chapel was built in the early 20th century in honor of the King of Italy Umberto I. The chapel is 35 m high. It is distinguished by a spectacular exterior and is still an important national monument. Inside it, there is a small crypt. Its walls are decorated with fine mosaics. On 29 July, the solemn holiday dedicated to the dead ruler is annually celebrated.
Authentic traditions, festivals and lifestyle of Monza inhabitants
Monza lives an eventful cultural life. During the year, a lot of interesting holidays and festivals take place here. In mid-June, the beautiful carnival dedicated to patron saint John the …

Open
Besides the magnificent cathedral, there are several beautiful well-preserved churches in Monza. Not far from the cathedral square, there is Chiesa di Santa Maria in Strada. It was built in the 14th century. The exterior of the church combines Roman and Gothic features. The main feature of the church that makes it the most recognizable construction in the city is a terracotta facade. On the facade, you can see beautiful wheel windows and ancient sculptures. The church was fully reconstructed just once, in the middle of the 18th century. Its interior was changed significantly. A beautiful marble altar and bronze and gilded interior elements were added.

In the section below, you can get one of our excursion, activities or city discovery tours over Monza and surroundings. Our website offers 10-30% lower ticket prices, when compared to the offline purchase on the spot.

City tours, excursions and tickets in Monza and surroundings

This guide to cultural sights Monza is protected by the copyright law. You can re-publish this content with mandatory attribution: direct and active hyperlink to www.orangesmile.com.
Monza - guide chapters 1 2 3 4 5 6 7 8
Reference information
Map of all palaces

Public palaces near Monza
♥   Palace 'Royal Villa of Monza' Monza, 1.3 km from the center. On the map

Art galleries in Monza and around
♥   Art museum 'Padiglione d Arte Contemporanea' Milan, 13.4 km from the center. On the map

♥   Art museum 'Museo Poldi Pezzoli' Milan, 14 km from the center. On the map

Cathedrals and basilicas near Monza
♥   Basilica di Ss. Siro e Materno, Desio, 5.9 km from the center. On the map

Photogallery of cultural heritage of Monza

Excursions over cultural sights of neighbours of Monza

Milan
Church of St. Lorenzo is a truly striking religious attraction. Every year the church is visited by thousands of pilgrims. One of the greatest artists - Michelangelo – worked over painting and decorating the walls of the church. Church of St. Lorenzo has the full right to be considered one of the most beautiful churches in the world. The main relic of the cathedral, which is ... Open »
Como
San Carpoforo is the oldest building of Como. It was built on top of ancient Roman temple of Mercury. Church was rebuilt and expanded many times later on. San Carpoforo is not the only ancient church of Como though. Basilica of Sant'Abbondio dating 11th century and 12th century San Fedele church are very interesting buildings. There are landmarks of later ages as well that ... Open »
Bergamo
The territory of Bergamo is conventionally divided into two parts. Bergamo Alto district takes you back to the Middle Ages. This is a great place, which is home to a huge number of historical attractions. The district called Bergamo Basso is the modern part of the city. Start your observation of this part of the city from visiting Piazza Vecchia. The square is home to several ... Open »
Varese
Varese is famous for its gorgeous architectural landmarks. The city is incredibly rich in museums and theaters. Sacro Monte of Varese is, without a doubt, an important landmark that tourists should attend. This is where the solemn religious processions start from. Palazzo Estense is a true architectural masterpiece. The gorgeous building is a fine example of the Baroque style. ... Open »
Lombardy
Visitors of the city should definitely see the beautiful Duomo and stroll through the picturesque Sempione Park. Fans of architectural attractions would like Galleria Vittorio Emanuele II; this is an incredibly beautiful building with exquisite facade decorated with sculptures. Currently, the historic building houses luxury boutiques and fashionable restaurants. A lot of ... Open »
Lugano
The most visited cultural site of Lugano is Art Museum named Städtisches Kunstmuseum. It is located on the territory of the marvelous country villa Malpensata. In the middle of the 19th century the villa was owned by a wealthy patrician who in a later date conveyed the stunning house to the museum. Today the museum presents a rich collection of the paintings of local artists ... Open »

Culture guide to Monza. Which fascinating sights to visit once you are in Monza: temples, churches, museums, theaters and castles. Recommendations (with addresses, phone numbers and links) on the places 'must visit' in Monza. Plan your own city excursion by using this page info!