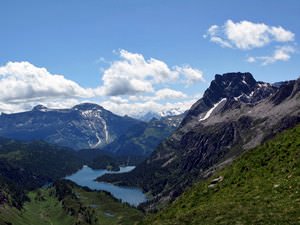 Lugano is the capital and the largest city of Ticino. That’s the incredibly beautiful and charming southern city with an abundance of interesting attractions. There is a unique monument of the Renaissance, the picturesque Cathedral of Saint Lawrence, which became the main symbol of the city. Another interesting religious site is the Church of St. Anthony, the facade of which is made in the best traditions of the Baroque style.
Your active city break in Ticino. Attractions, recreation and entertainment - best places to spend your day and night here
The mild climate makes Ticino attractive for recreation literally all year round. Fans of water sports, which have long chosen local lakes, arrive to this canton in summer months. It is a …

Open
Among the architectural sights of the capital, Villa Favorita and Villa Ciani situated in extensive parkland deserve special attention. Fans of tourism would like Villa Castagnola that is home to the Museum of Art boasting a rich collection of paintings. The museum is one of the most interesting and ambitious in Europe. Lugano is often called ‘Little Naples;’ it is really very beautiful and interesting city to explore.
Travelers who want to get acquainted with the way of life of indigenous peoples are recommended to take a stroll around the neighborhood of the capital. There are several charming fishing villages that have managed to retain their unique charm. A major tourist center is the city of Locarno that is a permanent venue for major cultural events. Locarno is famous for its natural attractions, but there are still some important architectural sites too. One of the most interesting activities for tourists is climbing to Madonna del Sasso Hill. Its top is equipped with a spacious observation deck offering an unforgettable view of the city and its surroundings. Copyright www.orangesmile.com
Advices to travellers: what you should know while being in Ticino
1. Those who expect to travel through the territory of the canton by car have to consider that there are pedestrian areas in many towns. Be careful while moving around mountain areas, as …

Open
Some important sights of the region are located in Ascona, the beautiful old town with the busy embankment. It is fully available to the pedestrians; here there is always a unique atmosphere of harmony and tranquility. You can see a lot of beautiful buildings next to the waterfront; they house interesting shops and restaurants. Unique climate, rich nature and abundance of interesting attractions have made Ticino one of the most attractive places for cognitive and active recreation.

In the section below, you can get one of our excursion, activities or city discovery tours over Ticino and surroundings. Our website offers 10-30% lower ticket prices, when compared to the offline purchase on the spot.

City tours, excursions and tickets in Ticino and surroundings

This guide to cultural sights Ticino is protected by the copyright law. You can re-publish this content with mandatory attribution: direct and active hyperlink to www.orangesmile.com.
Ticino - guide chapters 1 2 3 4 5 6
Reference information
Map of all churches

Cathedrals and basilicas near Ticino
♥   Cattedrale S. Lorenzo, Lugano, 38.1 km from the center. On the map

Unique spots in Ticino and near 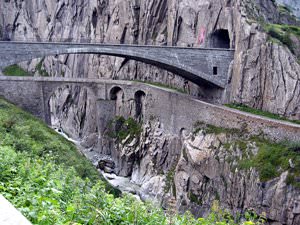 Distance from Ticino center - 35.2 km.
Those motorists who wish to go for a ride through the longest tunnel in Switzerland should definitely pay attention to the observance of the speed mode. The maximum tunnel’s speed limit is 80 km/h. Besides, a distance of 150 metres between the vehicles is advised. Fright transport is the major hazard in the tunnel, as traffic flows are very intense. The last major accident, which led to the death of 11 people, occurred in 2001 due to a collision of two trucks. Considering that the tunnel allocate only one lane in each direction, the above mentioned limitations of speed and distance does not seem to be a formality. … Read further 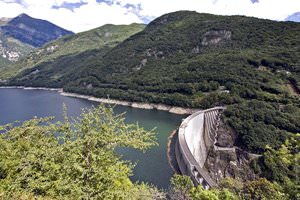 Distance from Ticino center - 15.5 km.
'The role' of the dam in the film was quite impressive. The agent 007 jumped from Contra Dam, when hundreds of thousands of fans came to this area. Since then, thousands of people strive to repeat the leap of the agent. The dam serves as a place for Bunjee Jumping. Contra Dam is also known among the fans of the other film - Dhoom 3. This was one of the most exciting moments of culminating. The tourists, who are not ready for such breathtaking entertainments, have a wide range of excursions. During the hike through the most beautiful places, you can learn about the history of the dam building and its peculiarities. … Read further 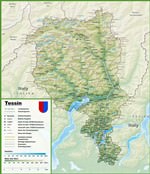 Photogallery of cultural heritage of Ticino

Excursions over cultural sights of neighbours of Ticino

Locarno
Locarno has also preserved a fortifying building being the Visconti Castle. Nowadays a part of the halls of the castle are reequipped to the archeological museum which collection is regularly added with ever new artifacts. Among the presented objects the visitors can find the domestic items and antique firearms and weapon, jewelry and important historical documents. The ... Open »
Lugano
The sightseeing tour of Lugano should include the visit to the church Chiesa di Santa Maria degli Angioli. Built in 16th century, this church is the genuine incarnation of the Romanesque style. The church features inimitable inner adornments. Its walls are covered with skillful fresco paintings created in 1529 by the genius artist Bernardino Luini. The church of S. Rocco is a ... Open »
Varese
Built at the beginning of the 18th century, Villa Recalcati is now the location of the Varese Province prefecture. This building is also distinguished by an inimitable architectural style and never ceases to amaze visitors with its elegance and beauty. Fans of theatre art will find it very interesting to explore Piccolo Teatro Grassi. By the way, the theatre has new plays ... Open »
Saas-Fee
There is also a museum in the village. You can find it near the church in the southern part of the settlement. Interestingly, the museum is located in a historically valuable building. It was built in 1732. Of course, it has not remained unchanged to this day. It was expanded by the addition of several extensions in 1855. The facade of the museum’s building is made of wood. ... Open »
Sankt Moritz
Pictorial art admirers should necessarily visit the Mili Weber Museum. The cultural establishment is devoted to life and creative work of an outstanding painter and writer. The collection of the museum counts hundreds of pictures, genuine sketch works and original drawing by the famous artist. The same interesting and engaging is the Giovanni Segantini museum, which collection ... Open »
Interlaken
Excursions to Zytgloggeturm Bell Tower are popular among generations of travellers. The tower was built in the beginning of the 12th century. Originally it was a part of a large fortification complex, and today the tower is considered the symbolic entrance to the Old City. Visitors will see the famous clock of Kasper Brunner on the facade of the bell tower. The clock has ... Open »

Culture guide to Ticino. Which fascinating sights to visit once you are in Ticino: temples, churches, museums, theaters and castles. Recommendations (with addresses, phone numbers and links) on the places 'must visit' in Ticino. Plan your own city excursion by using this page info!