Detailed hi-res maps of Trapani for download or print 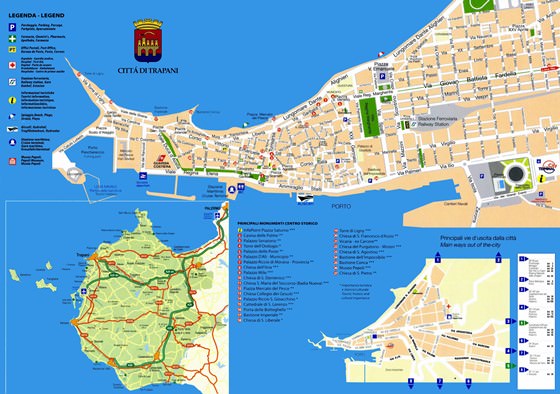 The actual dimensions of the Trapani map are 3464 X 2437 pixels, file size (in bytes) - 1117151. You can open this downloadable and printable map of Trapani by clicking on the map itself or via this link: Open the map. 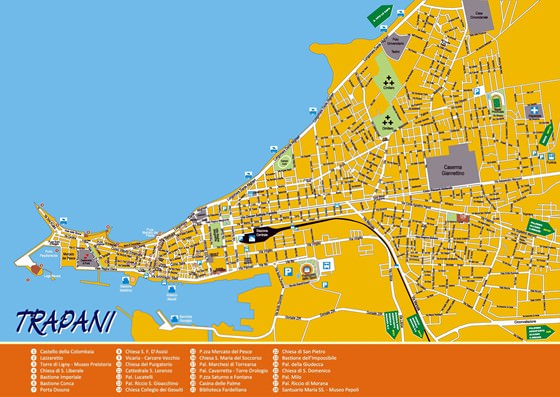 The actual dimensions of the Trapani map are 3638 X 2582 pixels, file size (in bytes) - 1291939. You can open, download and print this detailed map of Trapani by clicking on the map itself or via this link: Open the map. 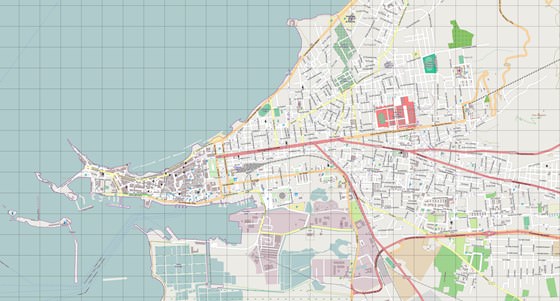 Search for services, infrastructure and sights on map of Trapani

Our guide chapters over Trapani

Fans of natural landmarks will find it very interesting to visit the region of Villa Margherita that is famous for its elegant gardens. It is a great place to see rare plants and flowers brought from different parts of the world. There are beautifully decorated relaxation areas among exotic plants. The garden has a large amphitheater that hosts music concerts and other entertainment events in summer. … Open

Many stylish bars and cafes are open on the seaside, and the posh Torre Pali Webcafè is no exception. This is the place where visitors will find a great choice of both alcoholic and non-alcoholic beverages and cocktails, as well as delicious signature snacks. Bora Bora Bay is one more charming bar, a visit to which will please tourists. The romantic place is open not far from the seaside and offers its guests to … Open

If a classy resort hotel is what you want, pay attention to Baia dei Mulini. Only a few steps separate the hotel and a comfortable private beach, large adjacent territory, and a panoramic swimming pool. Baia dei Mulini is a fantastic choice for fans of outdoor activities who will be certainly in love with the hotel’s infrastructure that includes premium a golf course, tennis and volleyball courts. Travelers, … Open

Travelers keen on the antique history will be more than pleased with their visit to Museo Pepoli. This museum exhibits collections of priceless archaeological artifacts that mostly belong to the ancient Greece and Rome epochs. A part of the museum has been transformed into a picture gallery that exhibits works of the most famous Sicilian artists. There are halls with unusual items, for example, the exhibition of … Open

Given that the city is small, it’s incredibly convenient to explore it on foot. In this case, the risk of missing an important landmark will be minimal. It’s also important to mention that the popular resort city has a well-developed tourist infrastructure. In Trapani, travelers will easily find hotels of different price categories, and, of course, there are many charming cafes and restaurants on vibrant … Open