Preparing your trip to Perugia: advices & hints - things to do and to obey 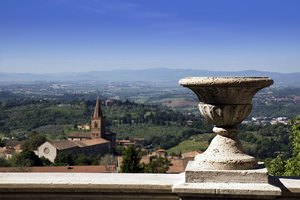 1. The city of Perugia is networked with Florence and Rome with a net of electrical trains. A cost of a trip falls within 10 to 30 Euro and depends on a preferred type of a car. A trip time does not exceed three hours. Tourists who are not limited in time should visit large neighboring cities.
2. The main tourist information center is located in the Matteotti square. It is a must visit place and a starting point of the city exploration for tourists who visit Perugia for the first time. The office provides tourists with free city maps and leaflets with descriptions of most remarkable and significant landmarks of the destination. Tourists will have a chance to specify time and place of holding of upcoming cultural events or to join various tours and excursions.
3. The optimum way to cruise the city is by bus. Electric train runs from the center of the city to its historical center as well. Tourists can buy tickets in tobacco shops which are located in close vicinity to public transport stops. Tickets can be bought directly from a driver as well. However in this case a cost of a trip will be by half higher.
4. Tourists looking for active traveling through the city by public transport and visiting the city suburbs will make use of the Viva Perugia leaflet. It presents all the routes of city and suburban transport. A cost of a leaflet is 1 Euro. It can be bought in any of the tourist information centers of the city. Prudent tourists should better buy a single pass for 10 trips as in this case a cost of a trip will be considerably lower than average.
5. The most popular car rental centers are located on the premises of the central railway station of Perugia. The most profitable rental terms are provided by the Avis, Hertz and Maggiore centers. Tourists should keep in mind that in the historical center traffic is limited. The best way of landmarks and city sites exploration is on foot. Copyright www.orangesmile.com
6. Many local pizza houses and restaurants are of great popularity not only among foreign guests but among local people as well. In order to enjoy a well placed table and not to wait long for order tourists are recommended to visit the popular gastronomy destinations in the early hours or reserve a table in advance.
7. The most in demand and thus hunted by tourists memorable gift is chocolate treats of local production named Bacci. These can be bought in any grocery store or super market. One will easily distinguish the popular candies as they are packed in bright blue boxes.
Your active city break in Perugia. Attractions, recreation and entertainment - best places to spend your day and night here
Perugia is a perfect destination as for quiet and calm repose fans so for active sport leisure enthusiasts. The city features as scenic cozy streets being a perfect place for a day long …

Open
8. Touring fans will need the Perugia Citta Muzeo card which can be bought either in tourist information centers or in hotels. It enables tourists to free visit some local museums and other cultural establishments. There are several types of cards available which differ in the quantity of free visits and in price.

Preparing your trip to Perugia: advices & hints - things to do and to obey You can re-publish this content with mandatory attribution: direct and active hyperlink to www.orangesmile.com.
Perugia - guide chapters 1 2 3 4 5 6

What to visit being in Perugia - unique sights 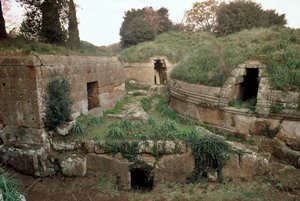 Distance from Perugia center - 48 km.
There were also found a number of outstanding artefacts. Among them were the fragments of the pottery of the 5-6 century BC. The artefacts are older than 3 000 years. The researching works haven’t been stopping until today. Even now the researchers didn’t get to the lowest part of the pyramids. Every new earth layer gives some information about the people’s life. Nowadays the searchers have discovered 3 meters of the stone. The researchers claim that these pyramids could be covered with a great layer of lava when the volcano was active. Some specialists say that at the ground of the pyramids might be tombs. … Read further 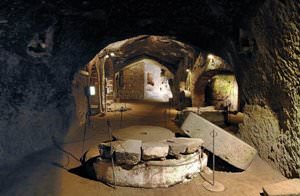 Distance from Perugia center - 48 km.
The most valuable found was the prehistorical tombs. Etruscan had made a lot of necropoleis. Underground Orvieto is one of the most explored underground cities in the world. There were found hundreds of historical artefacts: ancient jars, funeral merchandises, weapon and Etruscan household items. Orvieto has a wonderful excursion around its undergrounds for travellers. During the excursion, it is possible to take photos and make videos for free. … Read further

Tips for the cities around Perugia

Arezzo
3. As a rule, all religious landmarks are open for visitors starting from early in the morning. Closer to the noon, the majority of churches and cathedrals close and resume their work in 2 – 3 hours. 4. It is not recommended to plan an excursion to churches and cathedrals on religious holidays and during ceremonies. 5. Cigarettes are sold in specialized kiosks ... Open »
Siena
3. Tourists having enough of time should definitely make a trip to one of the nearby cities. Rome and Florence can be easily reached by train or bus, the last departs from the square in front of the train station. 4. The most favorable time for a trip to Siena is from May to September; it is extremely warm and sunny in this period of time. Holiday-makers should take into ... Open »
Rimini
3. The system of public transportation is represented with trams and buses, which are running from the early morning till the late evening. The city practices entire tickets being valid for traveling by any city transport. The entire tickets are sold in every tobacco or newspaper stalls or can be bought directly from a driver. One should keep in mind that buying a ticket from a ... Open »
Ancona
3. It is better to keep all precious items in a special safe deposit that is available in the majority of guest rooms. Tourists are also not recommended to take many precious items with them when heading to explore the city. 4. It is possible to exchange currency in both special exchange offices and in banks. In addition to the exchange rate, travelers should pay their ... Open »
Florence
3. Don’t forget to pick up clothes carefully before visiting religious sites. Other way you can be not allowed to enter churches and cathedrals. Women need to wear skirts that are below the knee level and must cover their heads with a handkerchief, and men to wear stringent pants. 4. It’s normal to leave a tip in the restaurants and cafes. The usual amount of tips is ... Open »
Tuscany
3. Virtually all major cities of the region have excellent tourist information centers; often they are located at the train station or the central square. Guide yourself by a bright green pointer with ‘i’ letter. 4. Travelers are strongly recommended to exchange currency before the trip; in this case the terms would be more favorable. Despite the fact that the number of ... Open »

Travelling to Perugia - advices and tips. What should be provisioned in advance, the rules you might want to follow, and the things you better avoid doing in Perugia. We help you to make your trip smooth and easy, with no unexpected surprises.