Fun and festivities in Greece - celebrations, festivals and cultural events 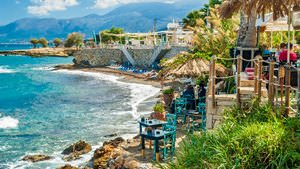 Greece is a fairly religious country. Although many modern Greeks have moved away from strict Orthodox rites, religious holidays are celebrated in accordance with all the rules. Along with Catholic Europe, Greeks celebrate Christmas according to the Julian calendar, on December 25. On New Year's Eve, locals go to streets to sing carols. The Christmas bread called Vasilopita is baked. The dough hides a coin, and the one who will find it, will succeed in business all next year. On January, 1, the country celebrates the day of St. Basil or Agios Vasilias, who is considered the patron of good and helper to the poor. The most important religious holiday in the country is Easter. There are colorful processions throughout the country.
Most romantic hotels in Greece
The best hideaways for couples in love, as well as top hotels for wedding and honeymoon.
Read further
One of the most joyful holidays is Apokries, which lasts about two weeks and ends before the Great Lent. During this time, the Greeks cook a variety of meat dishes, which are mostly of pork, and treat relatives and friends. After the feast, the Greeks dress up in costumes and go to the main square, where they continue to drink wine and have fun. The holiday ends with a grand carnival. One of the most spectacular feasts is the carnival in the city of Patras on the Peloponnese Peninsula. During the event, spectators can enjoy the procession of chariots. The festival ends with the burning of the carnival king. The dates of carnivals vary depending on the date of Easter. They begin about 2 weeks before this holiday.
On January 8, Greece celebrates the Women's Day. On this day, women change roles with men. Latter should spend all day at home and do household chores, including cleaning, cooking, and home assignments with children. At this time, their wives go to bars and places where they can meet their friends. Ladies can spend the whole day with fragrant coffee. There are no common worries and problems. Most cafeterias in Greece are managed by the same families for many years. Mostly men run restaurants. Therefore, women manage to try a fundamentally new role on this day. The summer solstice on June 23 is peculiarly celebrated. At night, the Greeks perform mysterious rituals and burn flowers collected specifically for this holiday in May. In such a manner, they drive evil spirits away from their families. It’s also common to augur the future at night. Copyright www.orangesmile.com
Admire style in every aspect? Selection of the best design hotels in Greece
The classic Greek style means a minimum of details. They don’t distract with bright colors and allow enjoying the nature. Cavo Tagoo hotel in …
Read further
On May 1, a traditional festival takes place in Greece, during which city residents leave the metropolitan areas for a while and go to the countryside. At this time, performances, picnics and popular festivities are held. Parties are accompanied by loud music and dancing. At the end of May, a festival of roses takes place on the island of Rhodes. Solemn events are held in the old part of the city, which allows all participants to immerse themselves in the atmosphere of the Middle Ages. At this time, buds are blossoming and fine weather is set on the island. The festival begins with the sound of a trumpet that is heard from the castle. Cavalry and foot knights marche through the streets. In the small village of Epidaurus, there is an ancient theater, which has perfectly preserved to the day. This facility hosts the famous Hellenistic Festival that is one of the most iconic in the theatrical world. 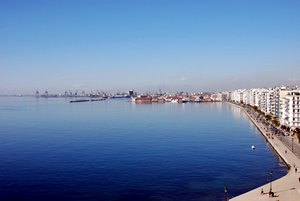 There is a large number of theater festivals in Greece, because the country is the birthplace of this art. In December, there is a festival of puppet theaters and pantomime in Thessaloniki. About 40 different performances are shown during 11 days. Lectures, master classes and seminars are held in the city. The Greeks are very fond of music, so music festivals are often held on the summer terraces. RockWave in Athens, where dozens of the most famous rock artists of Greece and foreign musicians come every year, is among the largest. Other significant event takes place on the island of Samothraki. That’s the world music festival.

In Greece, one of the most interesting amphitheatres is located in Epidaurus. It was built in the 4th century BC and designed by Polykleitos. The ancient theater in Epidaurus is not only one of the oldest, preserved to this day, but is also one of the largest. It was originally designed for 15000 spectators. The history of the construction of the theater is very interesting. It was not built for bloody battles and executions.

In the fourth century there was a great Asklepieion in Epidauros. Thousands of people came here to be healed. The ancient theater was built for patients. Performances were considered to be one of the most effective therapeutic methods. Until the end of the 19th century the ancient theater was unknown to general public. It was discovered by an archaeologist Panagis … Read all

On the southern slope of the Acropolis is its most important antique attraction - the Odeon of Herodes Atticus. Its name was given to the ancient theater in honour of the founder, Herodes Atticus - an outstanding political and public figure. The history of the construction of the theater is very romantic. The great Greek speaker built it in memory of his wife Regilla. An incredibly beautiful spouse died quite young, Herodes suffered a loss strongly and the whole year did not leave the walls of his house.

A huge loss triggered the speaker to erect an incredibly beautiful and large-scale monument. Built by his order, the Odeon could accommodate up to 5000 spectators. Despite its impressive age, the theater has survived to this day almost in its original form. For many years it has been used … Read all
All unique sightseeing Greece 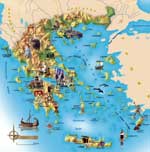 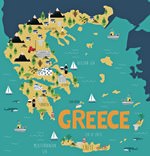 Attractions and entertainment in top cities of Greece

Athens
We should also devote a part of this text to clubs as they really deserve it. Gyalino Plus is the most popular institution of this kind in the city. Guests of this club can go to one of dance floors, enjoy exotic cocktails in the cozy bar or watch an interesting theatrical performance - the cultural program is always very diverse here. Club Island is a perfect place to go in warmer months of the year. On a daytime this is a cozy cafe, where guests will enjoy interesting salads and appetizers … Read more

Naxos
The most crowded and buzzing beach of the resort is considered to be the Agios Georgios which is set right in the capital city of the island. Due to its easy sea floor the beach is of great popularity among tourists traveling with kids. In close vicinity to the beach one will find several nice gastronomy destinations, night clubs and dance floors. The Mikri Vigla beach is an ultimate destination for windsurfing fans. The area features favorable winds inspiring the windsurfing activity. The … Read more

Chania
On the waterfront of Chania there are lots of exciting nightclubs and bars; they serve visitors until late at night. The Irish pub Conor Pass invites visitors to enjoy beer and friendly atmosphere; there is often an interesting entertainment program in it. Fans of noisy parties and loud music would like the Avalon club. Some restaurants offer entertainment for their guests too. The Mercato Agora di Chania is in great demand of shoppers. Walking through it, you can find a lot of interesting … Read more

Rethymno
This park is located near a historical center of the city, its territory hosts a small zoological garden. The main inhabitants of this scenic nature nook are rabbits. Also the park is home to several types of birds. A visit to the old Paraschakis Family Olive Oil Factory will be a captivating adventure for the whole family, this factory is specialized in olive oil production. Tourists have a chance to learn the process of olive oil making and take part in the process and then buy memorable gifts … Read more

Mykonos City
The most popular among youth is the Paranga beach which offers its visitors a vast choice of entertainments and beach attractions. The beach neighbors several attractive restaurants and bars adding to the comfort of visitors and prolonging the recreation to the whole day. This is exactly the place of location of one of the most popular night establishments of the island being the Kalua Beach Bar. The place holds remarkable parties and bright dance sessions almost every day. Agrari beach will … Read more

Thessaloniki
This market offers various fresh fruits and vegetables, sea foods and best sorts of cheese as well as handmade crafts. One of the main features of the market is affordable pricing. Several renowned restaurants and cafes are hosted on its premises. The Notos Galleries shopping center is one of the most remarkable stores of the city. The center is located right in the heart of the resort and offers its visitors a vast choice of brand clothes, beauty goods and cosmetics of local production, elite … Read more

Hersonissos
On the outskirts of the main beach there is the popular diving center Skubakreta. Every day it organizes trips to remarkable dive sites. It is worth noting that you can rent all the necessary equipment in the center; beginners would have an opportunity to take lessons from experienced trainers. Fans of active fun won’t find a better place to stay than the busy Star beach. There are lots of amazing activities including a special pool for children with colorful slides, relax areas, attractive … Read more

Agios Nikolaos
If your aim is to visit most stylish fashion boutiques and jewelry shops, you will find what you need on 28th October Street. The street is also the location of various interesting antique and souvenir shops. The majority of nighttime restaurants, bars, clubs and discos are located on Joseph Koundouros Street. You will find entertainments to fit all tastes on that street. In some venues popular club music does not stop until early in the morning, while others offer their guests to enjoy … Read more

Map of fun in Greece