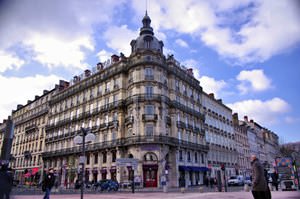 Perhaps one of the most favorite holiday destinations among tourists is Aquarium Grand Lyon. It is located in the immediate vicinity of Lyon. It houses a fascinating collection of deep sea inhabitants. Tiny exotic fish swim in aquariums with beautiful colorful lighting; next you can see sharks and other predators, whose laid-back moves are simply fascinating. Aquarium visitors can watch the process of sharks feeding, as well as get acquainted with some friendly water inhabitants. Those, who enjoy spending time outdoors, would be pleased with a range of beautiful parks and alleys.
Guide to Lyon sightseeing - things to see and to visit
Lyon is a large city in France that is located near Saone and Rona Rivers. The population of Lyon estimates over 1 million of inhabitants with suburbs. The city was founded yet during …

Open
The most extensive and beautiful park is Parc de la Tete d'Or located next to the Art Gallery. After the tour, everyone can take a stroll along its winding paths, or relax in the shade of century-old trees, enjoying the silence. There are special areas for sports entertainment in the park, so you can go on holiday with your family. Nature lovers would like a charming garden of Le Jardin Des Chartreux. In the warmer months, it is decorated with large flower beds. The garden differs not only with an abundance of interesting plants, but also with its great decoration.
Travelers wishing to spend a holiday with health benefits are recommended to visit Institut de Beaute Nature et Sens Health Center. It offers its customers a wide range of beauty and body treatments, massages and aromatherapy. The center also has a swimming pool and sauna. An attractive cafe with great choice of treats will make the stay even more enjoyable. Among spas Nomad et Sens points out. It delights visitors with a wide range of treatment rooms and special fitness programs. Copyright www.orangesmile.com
Family holidays with kids in Lyon. How to entertain your child, things to show to children.
Lyon has many unusual amusement parks. One of the most original is Mini World Lyon. In this beautiful miniature park, there are many interesting expositions thought out to the smallest …

Open
Lyon will certainly please those who like noisy parties and prefer to relax in stylish clubs. Near the center of the city there is famous club Le Fantome de l'Opera. If you believe the opinion of experienced clubbers, the most grandiose parties and vibrant live music performances are held here. Jazz fans will like the Jazzy's Corner. It also never ceases to delight its guests with entertainment options and parties. Le Hot Club is suitable for a large company. You can rest in this cozy place until the morning enjoying your favorite music and signature treats.

In the already mentioned Parc de la Tete d'Or, you can find Zoo de Lyon, which is a must-have, regardless of whether you are traveling alone or with small tourists. You will see a variety of animals - from those inhabiting savannas to moderate-climate animals. Those who are interested in the world of flora will like Jardin Botanique de Lyon and Porte de la Roseraie, which are also located in the park. Here, in the park, there is a huge Georges Prévéral velodrome, which is worth visiting for those who prefer watching sports, and if you wish to ride graceful horses, it wouldn't hurt to mention Poney du Parc equestrian center based here. Apart from that, everyone is invited to play mini-golf in the park.
Cuisine of Lyon for gourmet with top restaurants and cafe
It’s worth to start a story about the best restaurants of Lyon with Les Compagnons, as this French restaurant has gained immense popularity among travelers. Pleasant interior, an …

Open
Nearby is the Espace Tête d'Or that can be visited after a great time spent in the park. Pay attention to its repertoire - there is always a high chance that an interesting performance is taking place at the moment. Head to a nearby tennis club for an excellent gaming experience. In France Aventures Lyon Fourvière, you can have a good time climbing ropes and learning the basics of mountaineering. Excellent playgrounds are available here for kids, and there is no need to have any experience in climbing, as beginners are provided with easy and safe courses. Lyon has one more good place for those who wish to sharpen mountaineering skills indoors - feel free to contact Azium Climbing Center. 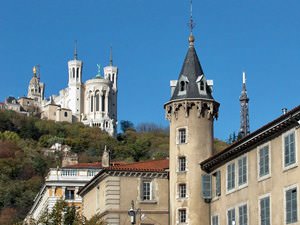 Since Lyon has long received the honorary title of “French Gastronomic Capital”, it is here that one should visit some culinary workshops to learn how to cook like they do in France. The best ones include L'Atelier Gourmand de Lyon, Ecole de Cuisine de l'Institut Paul Bocuse, and L'Atelier des Sens - travelers can safely choose one of these three options. At TrioVino, visitors will learn how to choose the right wine for a particular dish or occasion. Lyon also has good places for those who want to have a good laugh and get a charge of positive emotions. Some of these are the Comédie Odéon and the L'Improvidence theaters.
Authentic traditions, festivals and lifestyle of Lyon inhabitants
The Festival of Lights is considered the most striking cultural event in the Lyon. Festival takes place in mid-December and lasts for four days. Holiday attracts illumination experts from …

Open
Bowlingstar is a great facility for those wishing to hit pins and relax at a cafe with a nice family atmosphere after the game. When traveling with children, don't miss your chance to see the Mini World Lyon - a huge layout of the city where Lyon attractions and people living here are shown in great detail. Sometimes you can see scenes that happened in the life of the city earlier, or even scenes from popular films. The most amusing thing about that is searching for well-known characters hidden among the buildings - Batman, Marilyn Monroe, X-Men, Indiana Jones. In addition, lights are turned on and music plays here in the evening, which gives the mini-world even more charm. 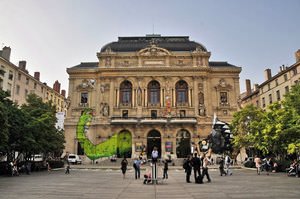 Fans of simulators will find several great places. First of all, this is AviaSim where one can feel like a pilot and fly along the Earth’s orbit. Of equal interest are such VR clubs as DreamAway and BPK Entertainment. Want to try your luck? There is no better place than Pharaon Partouche. Visitors to this casino can play slot machines as well as roulette. In addition, a fine restaurant and lounges are available here. When it comes to cinemas, UGC Ciné Cité Internationale and Pathé Bellecour are among the most popular ones.
Excursion over cultural sights of Lyon - 'must visit' points of interest
A walk around the city will give a lot of unforgettable experiences. You could see beautiful historic buildings and interesting monuments at every step in Lyon. One of the most popular …

Open
In Lyon, you can also find many escape room clubs, and the best examples are Team Break and Closed. The variety of escape quests at Team Break makes it the most popular place of this kind: here you can choose from rooms themed on “Fort Bayard”, “The Walking Dead”, Hogwarts, “Jurassic Park”, as well as "LOST". And this is only a small part of all the rooms available to players. "Closed" Club has some mystical and sci-fi rooms, and the favorite one for many visitors is the "prison". It is advisable to visit such escape centers together with friends or family. And if the two clubs are not enough, you can always go to others - Omescape, A Maze In Game or Wake Up.

This guide on active recreation and leisure in Lyon is protected by the copyright law. You can re-publish this content with mandatory attribution: direct and active hyperlink to www.orangesmile.com.
Lyon - guide chapters 1 2 3 4 5 6 7 8 9 10 11

Recommended places for active recreation and leisure in Lyon

Amusement parks near Lyon
♥   Amusement park 'Touro Parc' Romanèche-Thorins, 46.3 km from the center. On the map

♥   Amusement park 'Walibi Rhône-Alpes' Les Avenières, 59.4 km from the center. On the map 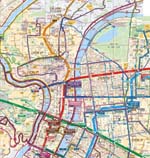 Search for active leisure and attraction spots on Lyon map

Rhone-Alpes
Many travelers associate this picturesque province primarily with high-class ski resorts. This is a real attraction for fans of skiing, snowboarding and other winter activities. This is where the world- famous ski resort of Courchevel with its elite hotels and entertainment centers is situated. Beautiful Mont Blanc is a world famous natural landmark; it never ceases to attract ... Open »
Grenoble
Paul Mistral Park remains one of the most favorite places of rest among both residents and tourists. A huge territory of the park is equipped with cozy gazebos and benches. Here you can conveniently sit and make a picnic, or simply relax when the weather is hot. The park will be surely liked by people who prefer active pastime. The park has bike lanes, playgrounds for children ... Open »
Annecy
Besides historic attractions, Annecy is famous for its unique natural landmarks, visiting which can make any vacation even more exciting and unforgettable. The city lies on the tip of Lake Annecy that is a popular recreation area for not only tourists but also locals. Annecy has an attractive waterfront area. Additionally, several charming beaches open at the lakeside in ... Open »
Geneva
Speaking of popular night clubs, we should definitely mention Le Francis that never ceases to amaze guests by its largest choice of musical programs. Here you can dance either at merry gypsy songs, or at legendary Russian retro songs. The local bar offers widest selection of drinks and delicious appetizers, many people come to the club to listen to music and have a dinner. ... Open »
Albertville
After a tiresome, and at the same time exciting ski activities in one of the best winter resorts in France, spend a couple of hours in Albertville clubs and pubs. This small city offers its tourists several interesting nightlife establishments. Le P'tit Bar is a popular nightclub in Albertville among local people and tourists. At night you can dance and enjoy delicious ... Open »
Alpe d Huez
Alpe d'Huez is suitable for active recreation all year round. In winter, fans of skiing visit this resort to enjoy mountain skiing and snowboarding. The resort has a range of ski runs for beginners and professionals. If you have never tried this winter sport before, you will find several wonderful sports schools that offer skiing and snowboarding lessons for everyone. The ... Open »

Guide to your best city break in Lyon - popular places for recreation and leisure. Things to do during the day in Lyon - attractions, parks, beaches, aquaparks, racing tracks, biking trails or waterski. Recommendations (with addresses, phone numbers and links) where to spend your time in the evening (bars, discos, clubs, etc.). We share some good ideas and the question 'What to do in Lyon?' disappears immediately.