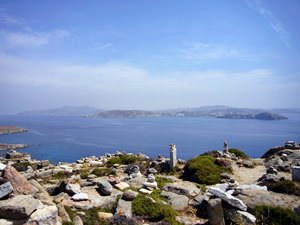 The first thing you should remember when spending a vacation in Evvoia – the Greeks never hurry. It is not common here to fuss and to hurry others. To enjoy every day of your life, spending it the way you want is the local motto of life. In eating and drinking places you will certainly be served not as fast as in Europe, and you won’t find any open stores during the siesta time from 1 p.m. till 4 or 5 p.m. One important thing – in many countries a nod is a sign of agreement. On the contrary, in Greece, an enthusiastic nodding with tong clicking means the other person does not agree with you.
Guide to Evvoia Island sightseeing - things to see and to visit
Evvoia is the second largest island of Greece after Crete. Travelers associate the island with charming pine forests, beautiful beaches and healing springs, as well as a variety of historic …

Open
It is common here to gesture and raise a voice during a conversation. When meeting somebody for the first time, the Greeks shake hands, but if they know each other or they are more or less close, they always kiss each other on the cheek, not minding the gender or the age. If a local person did not ask to call him by the name, it is common to address him politely by a surname. If you are lucky to join a Greek feast, you will see that the Greeks behave quite openly, not really concentrating on rules of etiquette. By the way, local people do not cut bread, but break off as much as they want. If you are invited to come in, agree, otherwise you may offend that person, doubting his hospitality.
In the evening most of the inhabitants in Evvoia go to taverns. Here they can spend time in a good company, have a meal at a reasonable price or drink some wine, listen to the folk music and watch dancers in national costumes. What more could anyone ask for? Most Greeks would say “Nothing”. People in Evvoia like money, they like to spend them, but usually don’t want to make extra efforts to increase their income. For the islanders it is better to surround themselves with luxury even if it is just for a couple of hours, then to save money, buy expensive things, and always maintain a high level of prosperity. To come to a tavern and order drinks for everyone at his own expense is more natural for a Greek then to collect paintings. Copyright www.orangesmile.com
Family holidays with kids in Evvoia Island. How to entertain your child, things to show to children.
Many tourists, who have visited Evvoia Island, think it is one of the best places for a family vacation. It probably is, because children will definitely find something interesting to do …

Open
In Evvoia unlike in many other touristic places, nobody will try to sell you poor quality goods, profit from you, or trick you. The Greeks are not really constant in their views and opinions, but they are honest and expect the same from you. In many taverns here, you can eat and leave, saying you will pay for your dinner tomorrow, even if you are a traveler and not a local citizen. They do not expect a trick from strangers and are friendly towards the tourists. Keep in mind, that the immigrants are not always so friendly, so you shouldn’t forget about the safety. 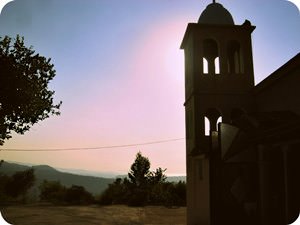 The Greeks value family relationships. They respect the elderly, always keeping a door for them, giving a seat at a tram, and listening to an advice. Family ties are also close. The citizens of Evvoia usually get married around their thirties, living with their parents until then. Even after a Greek left his house, he is still very close with his mother, going to help the second she asks. You can say it’s mostly matriarchy here, although Greek men, who like to give advice whenever they can, will never admit it.
Cuisine of Evvoia Island for gourmet with top restaurants and cafe
The Greek cuisine is world-famous for being diverse, filling, and healthy. Vegetables, meat, and fish are equally important here. In almost every dish, the Greeks traditionally add olive …

Open
Evvoia citizens, as the rest of the Greeks, are Christian. That is why all the Christian holidays are celebrated hugely here. An interesting holiday is St. John the Baptist’s Day. St. John’s remains are located in one of the temples in Prokopi city. According to the legend, John, who was a simple soldier, resisted tortures from the Turkish for many years, thanks to the power of his belief. His body had not smolder, and after being tossed in the fire, it appeared to be indifferent to a flame. The Day of this Saint is celebrated on May 26-27th. Oxi Day is hugely celebrated here on the 28th of October. This holiday is a celebration of the day, when the Ambassador of Greece refused to let Italy occupy the country without a fight. This was the day, when Greece joined World War II.

This guide to traditions and festivals in Evvoia Island is protected by the copyright law. You can re-publish this content with mandatory attribution: direct and active hyperlink to www.orangesmile.com.
Evvoia Island - guide chapters 1 2 3 4 5 6 7 8 9

Cathedrals and basilicas near Evvoia Island
♥   Cathedral of the Holy Trinity, Athens, 56.9 km from the center. On the map

♥   Armenian Church of St. Gregory the Illuminator, Athens, 59.8 km from the center. On the map

♥   Cathedral Basilica of St. Dionysious, Athens, 59.8 km from the center. On the map

Survived castles around Evvoia Island
♥   Castle 'Castle of Chalkis' Chalkis, 13.5 km from the center. On the map

Unique landmarks in Evvoia Island and around

Distance from Evvoia Island center - 60.6 km.
Construction on the territory of the acropolis has being conducted continuously for hundreds of years. The ancient monument drawn the special attention of historians and specialists in cultural studies in the 19th century, after the proclamation of the independence of Greece. At this time, a long reconstruction of the monument began. Ancient temples were restored and buildings dating back to the newer period were eliminated. During works, unique antique statues were discovered at the territory of the Acropolis. All of them were transported to various museums. Today, replicas of statues complement the unique look of the Acropolis. … Read further

Distance from Evvoia Island center - 60.7 km.
A huge loss triggered the speaker to erect an incredibly beautiful and large-scale monument. Built by his order, the Odeon could accommodate up to 5000 spectators. Despite its impressive age, the theater has survived to this day almost in its original form. For many years it has been used for important cultural events. On its stage performed Maria Callas and Mikis Theodorakis, as well as the best theatrical and ballet troupes from around the world. … Read further

Colors of Evvoia Island in photos

Traditions and festivals in cities around Evvoia Island

Athens
The local residents are distinguished by such character traits as sentiment and nervousness at the same time. In critical or responsive situations they can show tolerance and resolve any conflict with ease. There are different culture and communication in Athens. You will not find a word "ne" in any dictionary of the Greek language. Here it often means "yes", and instead of the ... Open »
Sporades Island
The Greeks cannot be called incredibly hardworking. The main thing for them is to get pleasure from life. From 2 to 5 p.m. life freezes even in small towns of Sporades. It is siesta time. The shops are closed, the number of staff in the cafes is greatly reduced. The Greeks appreciate the time of rest. In many respects, this is due to the fact that it is not customary to ... Open »
Skopelos Island
Remember that some of the common gestures have their own meaning on Skopelos and in Greece. For example, when Greeks want to say «no», they raise their eyebrows and their whole head upwards, while softly clicking with their tongue. It means «no». When locals signal to somebody to join them, they extend their arms with their palms facing downwards. Greeks touch or pat the ... Open »
Alonissos Island
Locals are sure that there is no need for money if they don’t make you happy. So, you won't meet workaholics here. Greeks are bad investors and even if they get a large sum of money, they will spend it on an evening in a tavern or beautiful but useless things. It is noteworthy that Greeks are hospitable people, but invitation to their house doesn’t mean that you will have ... Open »
Skiathos Island
If you want to win the favour of a Greek person, say something pleasant about Skiathos or show that you know some historical facts about Greece. Greeks are great patriots but they often criticize their government, but you should never do the same. Locals can't stand when foreigners speak ill of Greece. It is customed on Skiathos to greet everyone entering a public place such ... Open »
Aegina Island
If you want to spend an evening in a tavern, it won't be easy to find an empty table. Greeks usually gather together in taverns and have fun with their family and friends. Despite the fact that they drink a lot on the island, the locals behave very restrained. You will hardly meet drunk people on the streets. This is because invariable behaviour is a disgrace for Greeks. ... Open »

Cityguide on traditions, mentality and lifestyle of people in Evvoia Island. Learn the best periods to visit Evvoia Island to discover its soul - authentic festivals, events and celebrations. We will also reveal the interesting habits, attitude towards the world and to tourists in Evvoia Island.