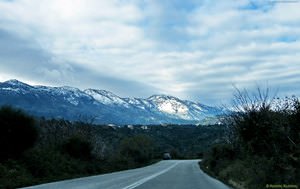 In Evvoia, you shouldn’t worry that you will buy some trinket at an outrageous price. It is not common among the locals to profit from the tourists. When you are buying the thing you like, you can easily chat and bargain with the shop owner. The local people trust the travelers so much that if you like something at a shop but you don’t have enough money with you, there is no need to come back again – they will deliver it to the hotel, where you can pay for your purchase.
Top hotels in Evvoia Island for business trip or short vacation
Hotels of Evvoia will pleasantly surprise guests with their high level of service and attractive prices. Tourists who like to rest exclusively in upscale accommodation places should pay …

Open
Among practical and authentical souvenirs you can buy lace and pottery. The technologies of their production were mastered for centuries and now masters from Evvoia are famous in many countries in the world. One important thing – if you decide to go shopping during the siesta time, you will be disappointed. The Greeks strictly follow the tradition of the afternoon rest, that is why in most of the cities only big supermarkets and malls are opened during those hours. But it is small shops, where amazing amphoras and statues, which will become true centerpieces of your house, can be found. Don’t plan your shopping for Sundays as well. Even the big stores could be closed on this day.
You can find products of all world-known brands in Evvoia. Clothes and shoes from previous collections sometimes can be sold with a big discount, which can be up to 80% from the initial price. You can find cosmetics, perfume, and leather goods. Sale seasons in Evvoia are the same as in other countries in the world, in the end of the summer and in the middle of winter. Take a closer look at the local trademarks’ products. The share of Greek products on the world market is not high, that is why they are not so famous. But that does not mean they are of a poor quality. Copyright www.orangesmile.com

This guide to shopping in Evvoia Island is protected by the copyright law. You can re-publish this content with mandatory attribution: direct and active hyperlink to www.orangesmile.com.
Evvoia Island - guide chapters 1 2 3 4 5 6 7 8 9

Reference information
Map of all outlets

Distance from Evvoia Island center - 60.6 km.
The Acropolis of Athens can be called the most famous and recognizable landmark of Greece without a share of doubt. That’s the rocky fort that is 156 meters high. Unique ancient structures are set on the top of a flat hill. The first fortifications were built there during the reign of the first king of Athens, Cecrops, after whom it was named. Later, in the Mycenaean period, the Acropolis became a royal residence. In that time, its scale has been significantly expanded and the construction was fortified as much as possible. … Read further

Distance from Evvoia Island center - 60.7 km.
On the southern slope of the Acropolis is its most important antique attraction - the Odeon of Herodes Atticus. Its name was given to the ancient theater in honour of the founder, Herodes Atticus - an outstanding political and public figure. The history of the construction of the theater is very romantic. The great Greek speaker built it in memory of his wife Regilla. An incredibly beautiful spouse died quite young, Herodes suffered a loss strongly and the whole year did not leave the walls of his house. … Read further

Shopping advices for the whole region around Evvoia Island

Athens
No less popular is the area of Monastiraki, which is famous for its numerous fur stores. Here, you can choose and buy wonderful fur coats, vests, genuine leather products and other interesting accessories all year round, which are not only of high quality, but also at affordable prices. Another interesting feature of the Monastiraki district is a flea market located here. ... Open »
Sporades Island
Those who like beautiful things should pay attention to the paintings of the local artists. On the Sporades, you can often see street painters painting nature or people, and selling their paintings after they are finished. Among them, there are both amateurs and true professionals. If you are religious or you want to make a gift to a believer, you can think about buying ... Open »
Skopelos Island
If you 've come to a local supermarket, don’t pass by local retsina. This kind of wine is usually served chilled, so look for it in refrigerators with beer. Pay your attention to local wine. There are more than 70 sorts of wine on Skopelos. Moreover, you can try delicious homemade wine in local taverns. Some of the most popular stronger drinks are anise vodka ouzo, grape ... Open »
Alonissos Island
Be sure to buy at least one bottle of retsina. Look for it in the refrigerators of local supermarkets, but not on the shelves with wine because it is served chilled. Local wine has a pleasant taste and it is sold here in many variations. You can try homemade wine in local taverns. Local cognac Metaxa, anise vodka ouzo and grape vodka grappa are extremely popular on the ... Open »
Skiathos Island
Olive oil is not only added to dishes, but it is also is an ingredient of natural Greek cosmetics. Natural cosmetics have become popular in Greece in recent years. The most popular product is soap. It is usually a handmade product made with the addition of olive oil. You can find soap with different smells: from mint to coffee. However, you can find natural shampoos, shower ... Open »
Aegina Island
Matopetra souvenir is well-known among superstitious people. It is believed that this stone protects from the evil eye. Komboloi is a local variant of beads. It is twenty beads strung on a solid thread. Komboloi is not a cult object, it is usually used for a game. The material of the item shows the social status of a person. Women usually bring natural cosmetics from ... Open »

Shopping advices for Evvoia Island. The best spots for buying designer clothes and local delicacies from Greece - shops, galleries, boutiques and outlets. We provide you with the shopping streets map, so you can plan your efficient shopping routes, while hunting for authentic souvenirs, goods, drinks, shoes and clothes in Evvoia Island.