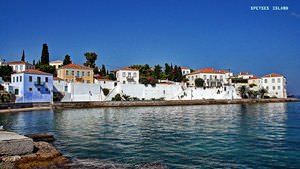 Spetses have been attracting aristocrats from all over the world for many centuries. It is a perfect small and quiet land for holidays. You can visit Palio Limani and admire the 19th-century mansions of the wealthiest family of Spetses and Greece. Most of their owners were engaged in sea trade, so all of the buildings are located close to the sea.
Top hotels in Spetses Island for business trip or short vacation
The most prestigious accommodation place on the island is grand hotel Poseidonion. That’s one of the most beautiful historic buildings in the capital. Impeccable appearance of the …

Open
There is Agios Mamas Church on the square in the Old Harbour. It seems strange that the cult building is not connected with the sea but it is situated in the centre of the biggest port of the island. The legend says that a ship with the goods for winemaking wrecked near the island and the captain began to pray in order to save his crew. People say that Mamas came to him during the prayer. Whether it is true or not, the captain built a church on the shore and witnesses said that he used wine for building mortar.
The Church of Agios Nikolaos is also located here. It was built in 1700 and almost hasn’t been destroyed. The flag of the Greek War of Independence was sewed at the church. Moreover, the dead body of the nephew of Napoleon Bonaparte who came to Greece to fight on the side of Greeks was kept in the church for three years. The square before the entrance of the church is tiled with beautiful mosaics, which is as ancient as the walls of the building. There is also a monument to the unknown sailor and a shipyard, where more than 600 ships were built in the 19th century. Copyright www.orangesmile.com
Shopping in Spetses Island - main shopping streets, outlets and boutiques
You can bring a craft in the form of the ship from Spetses. Locals are very proud of the victory in the battle of 1822, so all the types of naval souvenirs are popular here. You can also pay …

Open
The troops of the rebels gave the fight to the Turkish squadron near the shores of Spetses in 1822. The battery located at Palio Limani played an important role in the battle. Guns are still in their places as they were 2 centuries ago. Not far from the battery you can find a chapel with frescos, illustrating the battle. There is also a bust of the Count Alexei Grigoryevich Orlov, who came to help the rebellions. Moreover, you can visit a harbour and a lighthouse, which was built in 1831 and now it is opened for visitors. 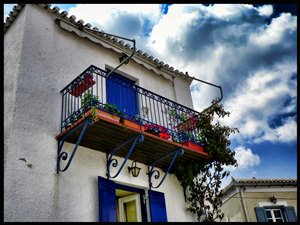 One of the main local attractions is the Museum of Laskarina Bouboulina, who was the first allegedly woman-admiral of the Imperial Russian Navy. Laskarina created a small fleet with her own money and took it under her command during the war with Turks. It is known that after the Turko-Russian War Alexander II invited her to Saint-Petersburg and gave her the title of Admiral and richly decorated scimitar. The museum is located in a beautiful mansion built in the 17th century. The collection of the museum includes coins, weapons, books and personal effects of Laskarina. The interior of some rooms hasn’t changed from the 19th century.
Guide to Spetses Island sightseeing - things to see and to visit
Hundreds of years ago, the picturesque island of Spetses began to attract noblemen who built luxury villas on the coast. Today, this aristocratic Greek island is accessible for everybody. …

Open
Be sure to visit Hatzigianni Mexi Mansion ( Spetses Museum), who was the supporter of independent Greece and a historian. The museum is located in the 200 years old building. It is a kind of an archaeological museum, where you can see unique items found during excavations on the island. The museum hosts items that represent more than 4000 years of Spetses history. Some of them are ceramics of the first Hellenic period, sculptures of the Roman period, a collection of post-Byzantine and Russian icons and items from the revolution of 1821. The most important part of the exhibition is dedicated to the revolution.

This guide to cultural sights Spetses Island is protected by the copyright law. You can re-publish this content with mandatory attribution: direct and active hyperlink to www.orangesmile.com.
Spetses Island - guide chapters 1 2 3 4 5 6 7 8 9

Unique spots in Spetses Island and near

Distance from Spetses Island center - 62 km.
The camera itself is a dome-shaped construction, built with the method of dry masonry. The height of the room is about 13.5 meters, and the diameter - about 14.5 meters. The construction of the treasury was carried out in rather complicated conditions. The Atreus treasure house is located on the top of the Panagitsa hill. One of the most remarkable elements of this ancient building is the stone slab, which is fixed above the entrance. Their weight makes 120 tons. The fact that people managed to raise a huge stone on the top of the hill a thousand years ago seems unbelievable. … Read further

Distance from Spetses Island center - 45.9 km.
Waterfront of Nafplion is a real entertainment center in the open air. There you can find several restaurants and cafes. In the evening you can drink some glasses of vine in the bar or to dance in the club. In the daytime tourists can rent a boat and to make a sea voyage along the coastline. There is no minute when the life calms down at the embankment. People walk there not only late in the evening but also early in the morning. The embankment is an ideal place for watching how the sun rises and the new day begins. … Read further

Excursions over cultural sights of neighbours of Spetses Island

Hydra Island
Pavlos Kountouriotis Mansion is located on the hillside full of pine trees. In 1991 it became a museum, where you can know about legends, customs and traditions of Hydra inhabitants. The Historical Archives Museum also deserves your attention. There is a rich collection of weapons, clothes and household items. There are not many ancient artefacts but some of the findings ... Open »
Attica Region
If you want to learn more about the country’s modern history, we recommend to visit the National Historical Museum. Among the items displayed, there are paintings, portraits, personal belongings, and memorabilia of the historical personalities who lived in the period from the 15th to 20th century. The collection also contains weapons, historical documents, furniture, and ... Open »
Agistri Island
Panagia Chrysopolitissa was destroyed in the 7th century by the Arabs, who had wars on Agistri and nearby islands. The church was reconstructed in the 16 the century and tourists can visit it nowadays. One more attraction is a school, built in traditional Greek style. Megalochori or Milos, the capital of Agistri, is rich with various attractions. Many tourists are ... Open »
Aegina Island
One of the most well-known monuments on Aegina is the temple of Aphaia, which is situated near Ayia Marina. It was built in the 5th century BC and it has preserved well. There are 24 columns left and you can see statues and a bath for olive oil inside the building. The fronton sculptures, illustrating battles between mythological characters and beasts were found there in the ... Open »
Loutraki
In Loutraki, fans of excursions can go on interesting field trips during which they can see the main archaeological and historical attractions of the region. The city is just half an hour drive from the ancient Greek city of Κόρινθος, the ruins of which are now of world significance. Here, researchers discovered an ancient acropolis, the ruins of the Temple of ... Open »
Athens
Plaka district is surely the most beautiful and interesting from the historical point of view. All historical buildings located here have been restored carefully, so now they appear in front of amazed tourists in all their glory. At a glance the district may seem a little confusing and simple to get lost in it, but orienting in it is really simple. Each street will lead ... Open »

Culture guide to Spetses Island. Which fascinating sights to visit once you are in Spetses Island: temples, churches, museums, theaters and castles. Recommendations (with addresses, phone numbers and links) on the places 'must visit' in Spetses Island. Plan your own city excursion by using this page info!