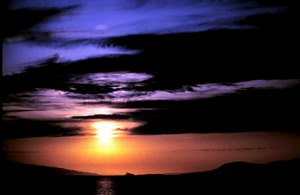 Aegina is rich with a large variety of attractions. The island competed with Athens for the title of the largest, richest and most powerful city of Ancient Greece. Aegina was Inhabited in ancient times and it was ruled by different leaders. Each of them tried to leave a mark in history and there are still several monuments of different eras. The first government of independent Greece was settled in Kivernio. This building is situated in Aegina, the capital of the island.
Your active city break in Aegina Island. Attractions, recreation and entertainment - best places to spend your day and night here
If you visit Aegina, be sure to go on a sea trip around the coastline. Firstly, it is an opportunity to enjoy picturesque landscapes. Secondly, you can find a secluded beach, where you can …

Open
You should visit Kivernio according to many reasons. Bishop of Aegina lived here in the 19th century. Then, the participants of the Cretan Revolt were hiding at this place. Later, there was situated a female school and archaeological museum. During the war, Kivernio served as a barracks. It was a high school after the war, and since 1981, after the closure of the school, Kivernio has become a historical archive.
One of the most well-known monuments on Aegina is the temple of Aphaia, which is situated near Ayia Marina. It was built in the 5th century BC and it has preserved well. There are 24 columns left and you can see statues and a bath for olive oil inside the building. The fronton sculptures, illustrating battles between mythological characters and beasts were found there in the 19th century. The originals of frontons are in Munich now. The most scientists suppose that the temple was built on the foundation of an unknown ancient building. Copyright www.orangesmile.com
Best beaches and recreation areas around Aegina Island
Aegina represents a decent selection of picturesque beaches and there won’t be a trouble to get there. The most crowded and popular site on the island is the sandy beach of Agia …

Open
One more popular attraction is the Column, which is the only evidence of the the Temple of Apollo, which hasn’t preserved to our days. The column is surrounded by the ruins of the walls. Some of them were raised approximately 5 thousand years ago. Later, Byzantine fortress was built here, it is ruined nowadays. 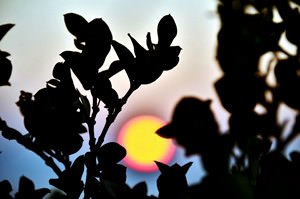 Be sure to visit the Archaeological Museum of Aegina. There are exhibited the artefacts, found during the excavations near the temples of Aphaia and Apollo. The museum was built in 1828. Here can be found household items, weapons, armour and religious items of different eras. There is a part of large exhibits in the courtyard of the museum. The hut of the ancient fishermen is a part of the open-air exhibition. You should also visit Mesagros and Paleachora, the capital of Aegina.
Top hotels in Aegina Island for business trip or short vacation
Mid-priced hotels dominate in Aegina; there are lots of attractive hotels and resorts there. The most prestigious hotel on the island is Perdika Suites situated in the picturesque historic …

Open
There is a church of the 13th century in the suburbs of Aegina. You can find ancient frescoes here. In general, there are many churches on the island. Cathedral Of Saint Nectarios is an outstanding building. The building strikes with its beauty and people still pilgrimage there. Saint Nectarios was one of the first saints and his image is still important for Greeks.

In the section below, you can get one of our excursion, activities or city discovery tours over Aegina Island and surroundings. Our website offers 10-30% lower ticket prices, when compared to the offline purchase on the spot.

This guide to cultural sights Aegina Island is protected by the copyright law. You can re-publish this content with mandatory attribution: direct and active hyperlink to www.orangesmile.com.
Aegina Island - guide chapters 1 2 3 4 5 6 7 8 9
Reference information
Map of all palaces

Public palaces near Aegina Island
♥   Palace 'New Royal Palace' , 32.6 km from the center. On the map

Art galleries in Aegina Island and around
♥   Art museum 'New Acropolis Museum' Athens, 31.5 km from the center. On the map

♥   Art museum 'Museum of Cycladic Art' Athens, 33 km from the center. On the map

♥   Art museum 'National Archaeological Museum of Athens' Athens, 33.5 km from the center. On the map

Cathedrals and basilicas near Aegina Island
♥   Cathedral of the Holy Trinity, Athens, 34.7 km from the center. On the map

Unique spots in Aegina Island and near 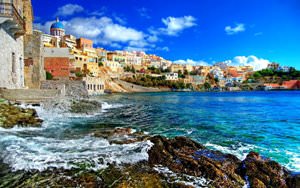 Distance from Aegina Island center - 33.5 km.
An integral part of culture of the modern city are interesting myths. Athens received its name in honor of the goddess Athena, patroness of arts, crafts and military affairs. Travelers who wish to admire historical heritage of Athens and feel culture of the ancient city would have an opportunity to learn a lot of beautiful legends. It seems that even stubborn influence of modernity can’t destroy belief in power of ancient Greek gods and the way of life that has been formed over thousands of years. … Read further

Distance from Aegina Island center - 31.5 km.
A huge loss triggered the speaker to erect an incredibly beautiful and large-scale monument. Built by his order, the Odeon could accommodate up to 5000 spectators. Despite its impressive age, the theater has survived to this day almost in its original form. For many years it has been used for important cultural events. On its stage performed Maria Callas and Mikis Theodorakis, as well as the best theatrical and ballet troupes from around the world. … Read further

Distance from Aegina Island center - 31.7 km.
Construction on the territory of the acropolis has being conducted continuously for hundreds of years. The ancient monument drawn the special attention of historians and specialists in cultural studies in the 19th century, after the proclamation of the independence of Greece. At this time, a long reconstruction of the monument began. Ancient temples were restored and buildings dating back to the newer period were eliminated. During works, unique antique statues were discovered at the territory of the Acropolis. All of them were transported to various museums. Today, replicas of statues complement the unique look of the Acropolis. … Read further

Excursions over cultural sights of neighbours of Aegina Island

Agistri Island
Agistri is a small island, which size is only 14 square kilometres. Scientists suppose that it was inhabited more than 2500 years ago. Unfortunately, there is almost no evidence of ancient life on the island. A lot of monuments were destroyed, due to the rich history of Agistri. The island was an arena of wars between different countries. Pirates also contributed their mite in ... Open »
Athens
Athens is so rich in various attractions that choosing the most interesting among them is not so simple. You should definitely visit Tower of the Winds, which was built approximately two thousand years ago. This is one of the oldest meteorological sites of the world. The tower is built from marble, and its height reaches 12 meters, diameter - 8 meters. The top of the tower is ... Open »
Hydra Island
Despite the fact that Hydra was inhabited before our era, there are no ancient monuments on the island. The reason is that not a lot of people lived on Hydra during the heyday of Hellas and all the traces of their existence disappeared over time. But you can visit Hydra and admire houses and monasteries built in the 17th century. The buildings almost haven't changed. Be ... Open »
Loutraki
To the northwest of Loutraki is the beautiful Cape Malagavi, a very important place from a historical point of view. A lighthouse built on top of this cape in the 19th century has managed to survive to this day. This stretch of the coast is considered very difficult because of the rocks. Many ships and boats crashed here in the past. After the construction of the lighthouse, ... Open »
Spetses Island
Spetses have been attracting aristocrats from all over the world for many centuries. It is a perfect small and quiet land for holidays. You can visit Palio Limani and admire the 19th-century mansions of the wealthiest family of Spetses and Greece. Most of their owners were engaged in sea trade, so all of the buildings are located close to the sea. There is Agios Mamas ... Open »
Attica Region
Be sure to visit the National Archaeological Museum of Athens. Here you can see the richest collection of artifacts such as household articles, ceramics, weapons, utensils from prehistory to late antiquity. The museum’s address is 44 Patission Street. Note that there is no entrance fee at the museum for visitors under 19 years old. A very interesting collection is ... Open »

Culture guide to Aegina Island. Which fascinating sights to visit once you are in Aegina Island: temples, churches, museums, theaters and castles. Recommendations (with addresses, phone numbers and links) on the places 'must visit' in Aegina Island. Plan your own city excursion by using this page info!