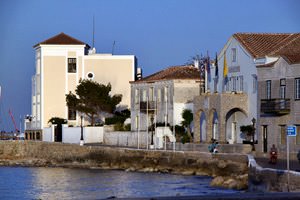 Spetses is filled with a festive atmosphere which will relax even straight-up workaholics. The thing is that Greeks have very peculiar temper and habits. It is not customed here to work hard and earn money at all costs. Locals believe that there is no need for money if they don’t make you happy. That’s true, if a Greek gets a large sum of money, he will immediately spend it on a dinner in a tavern or beautiful useless things.
Excursion over cultural sights of Spetses Island - 'must visit' points of interest
Spetses have been attracting aristocrats from all over the world for many centuries. It is a perfect small and quiet land for holidays. You can visit Palio Limani and admire the 19th-century …

Open
Siesta is a sacred ritual for Greeks. Don’t plan shopping or a visit to a tavern or bank in the period from two to five o’clock. Locals spend this time lying on a beach or sleeping at home. After the working day, locals go to taverns. You will hardly find a free table in a tavern in the evening. Greeks love to meet with friends and family in a tavern. They have a meal and drink alcohol under folk music. This time spending is a national Greek tradition.
Greeks enjoy drinking alcohol, especially retsina and ouzo. Although you will never meet drunk people on the streets of Spetses. This is because invariable behaviour is a disgrace for Greeks and drunk people deserve only mockery and contempt. So, if you don’t want to be condemned by locals, try to control yourself. Greeks love to criticize their government, but they hate when foreigners do the same. You can say something pleasant about Greece to win their favour. Copyright www.orangesmile.com
Your active city break in Spetses Island. Attractions, recreation and entertainment - best places to spend your day and night here
In ancient times the island was called Pityoussa which means «covered with the pine trees». There are still many wonderful pines, but the island is called Spetses which means «fragrant …

Open
Greeks don’t lie and they try to express their feelings openly. If a Greek wants to sing or laugh, he will do it even in public transport. Remember that locals are very emotional people. They interrupt each other, use a lot of hand movements and raise their voice. Moreover, they love to touch people during conversation. It is just a norm of behaviour for local inhabitants. 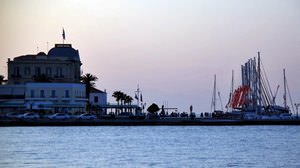 While communicating with Greeks, remember that some of the gestures have special meaning. A Greek “yes” is tilting the head to either side and making a sideways motion while slightly closing the eyes. When locals want to say «no», they raise their eyebrows and their whole head upwards, while softly clicking with their tongue. When a Greek touch or pat the lower lip, he wants to say something. When Greek people signal to somebody to join them, they extend their arms with their palms facing downwards. Don’t pretend to brush off the dust of the lapel of the jacket while communicating with a Greek person, it will insult him. When a Greek wants to say «thank you», he puts his palm to the chest.
Best beaches and recreation areas around Spetses Island
All the beaches of Spetses without exception deserve attention of tourists; it’s believed that the most picturesque coastal areas are located in the southwestern part of the island. …

Open
Locals shake hands only at the first meeting, then they greet each other by kissing in both cheeks. Local men like to flirt with women and pay them compliments. Moreover, they are even not embarrassed by the presence of a girlfriend or a wife. All of the Greeks love to teach people and it is getting worse with age. Locals are very religious people and they celebrate important church holidays such as Christmas and Easter. One more religious holiday on Spetses is Agios Mamas. They also celebrate the Carnival. «Armata» is a unique festival which is held on Spetses every September. It is dedicated to the battle in the strait between Spetses Island and Kosta during the revolution of 1822. The festival starts on Monday with an entertaining programme, including local dance, music and show. The most interesting part takes place on Saturday when locals celebrate the anniversary of the Spetses naval battle. The Turkish boat is constructed a week before the festival and then people burn it.

This guide to traditions and festivals in Spetses Island is protected by the copyright law. You can re-publish this content with mandatory attribution: direct and active hyperlink to www.orangesmile.com.
Spetses Island - guide chapters 1 2 3 4 5 6 7 8 9

Survived castles around Spetses Island
♥   Castle 'Palamidi' Nafplion, 44.9 km from the center. On the map

♥   Castle 'Monemvasia Fortress' Monemvasia, 64.9 km from the center. On the map

Unique landmarks in Spetses Island and around

Distance from Spetses Island center - 62 km.
The treasure house of the Atreus, located in Mykene, was built not later than 1250 BC. For the first time, this building was only explored in the second half of the 19th century. Among the other tholos, which are presented on the territory of the Mediterranean, the ancient crypt is distinguished by its impressive size. The scientists have estimated that the original length of the entrance into the crypt camera was 36 meters. … Read further

Distance from Spetses Island center - 45.9 km.
Greece small Nafplion town has an incredibly beautiful and outstanding embankment. It will steal your heart from the first sight. The atmosphere of this place is very romantic. The main decoration of the embankment are the old houses, built in Venetian style. From the embankment opens the great panorama view on the gulf. Also, you can see the Bourtzi Fortress. It has located on the island. This fortress is very outstanding and has the important place in the history of the town. … Read further

Colors of Spetses Island in photos

Traditions and festivals in cities around Spetses Island

Hydra Island
Greeks are very open and emotional people. They interrupt each other, raise their voice and touch other people without any embarrassment, private space is not important for them. Greeks shake hands only at the first meeting, then they greet each other by kissing in both cheeks. If a Greek didn’t ask you to call him by the first name, you should call him by the second name. ... Open »
Attica Region
The country is modern and European, but many events, such as baptism, weddings, national holidays, are celebrated in line with the traditional ceremonies. If you are lucky enough to witness any celebration or to participate in the festivity, this will definitely enhance your holiday experience. Since more than 90% of the population in the region are Orthodox Christians, the ... Open »
Agistri Island
A typical Greek day starts with coffee and cigarettes.A Greek wakes up at 8 o’clock, has a cup of coffee, which is the most popular drink in Greece, then he go to work, works till 2 o’clock and has siesta till 5 o’clock. Try to plan your holiday, because almost all the cafes and shops are closed during the period of siesta. Locals spend this period of time sunbathing on ... Open »
Aegina Island
In general, the locals are very emotional. They behave very freely. If the Greek wants to laugh-he laughs if he wants to sing-he sings, even if it happens in public transport. Aegina inhabitants are very hot-tempered. They use a lot of hand movements, raise their voice and interrupt each other. They may seem rude and impolite, but that is not true. Such behavior is common for ... Open »
Loutraki
Hundreds of years ago, it was customary to roast a whole lamb on a spit on Easter, and this tradition has been preserved till our days. The modern holiday is now complemented by lush festivities and a rich cultural program designed for both locals and foreign guests. Colorful fairs, performances by folklore groups, and theatrical performances take place on the streets and ... Open »
Athens
While exploring the city, guests will see many teenager boys who sell newspapers and offer passers-by to clean their shoes or wash the car. The reason for this is in one of main problems of modern society – low level of income. Many families simply do not have enough money to send their children to school, so they start helping their parents from early age. If boys offer ... Open »

Cityguide on traditions, mentality and lifestyle of people in Spetses Island. Learn the best periods to visit Spetses Island to discover its soul - authentic festivals, events and celebrations. We will also reveal the interesting habits, attitude towards the world and to tourists in Spetses Island.