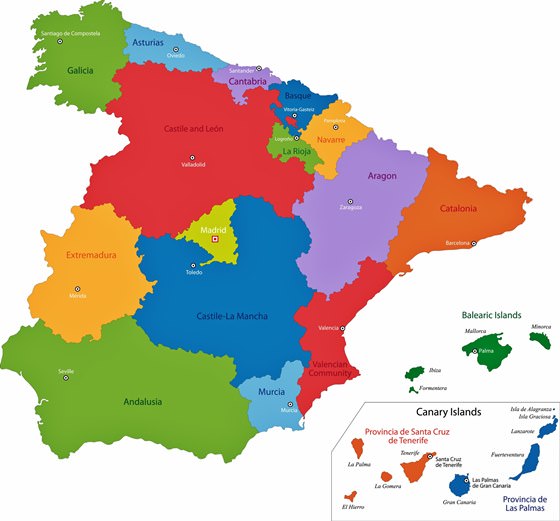 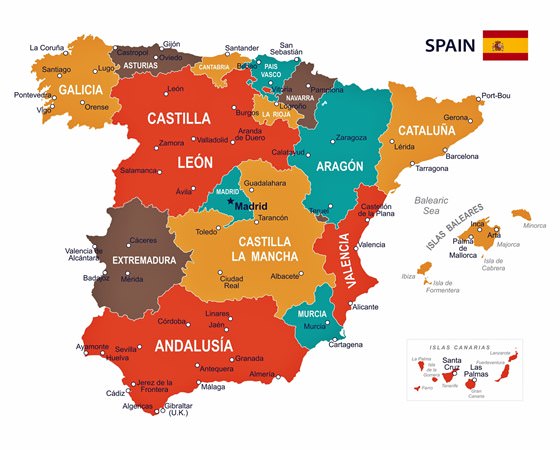 Other maps of Spain

Map of cities and regions in Spain 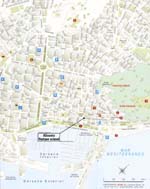 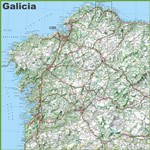 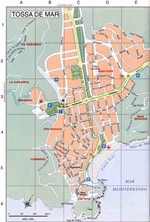 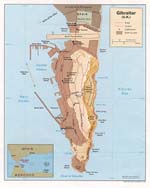 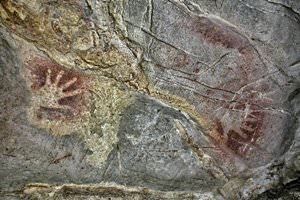 The unique cave Cueva de El Castillo was found in Cantabria, Spain. For a long period of time the cave didn’t attract modern people. The cave’s entrance was so small that the only possible way to get there was on the hands and knees. There were found one of the most ancient petroglyphs in the world. Their age goes up to 40 000 years. On the pictures were depicted bisons, horses, some parts are devoted to the hunting.

There is no strong evidence that these paintings belong to the hand of our predecessors. Some researchers say that the petroglyphs belong to the brush of the Neanderthals but they don’t claim it. During the numerous researching it was knew that the first people have stayed there over 150 000 years ago. Cueva del Castillo was discovered in 1903 by Hermilio Alcalde del … Read all 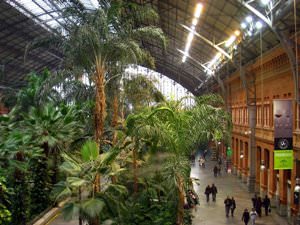 The unique railway station that unites both traditional and modern styles is situated in Madrid and called Estacion de Atocha. In 1992 at the historic station was opened a new terminal. It was decorated with exotic plants. This place is at the same level with the best Botanic Gardens of the Earth. There you will see a lot of tall slim palms, exotic plants and flowers, the wonderful pool of tortoises.

In this wonderful zone you can wait for the train. Choose the bench and adore the view. The new terminal resembles the modern shopping centre. Several years ago there were opened a number of cafes and restaurants, even the stylish nightclub. The railway station Estacion de Atocha is the biggest in the country. It was built in 1892. The station has 13 platforms and 24 lanes.

The main place … Read all
All unique sightseeing Spain

Cuisine and restaurants of Spain

Barcelona
Barcelona is one of a few cities in the world where visitors can try dishes from the May Y Mantagna category. This category is used to describe dishes that have seafood and various sorts of meat at the same time. The internationally famous paella is a good example of May Y Mantagna food. Escudella is less popular but, nevertheless, equally delicious food. This dish contains roasted meat, potatoes, beans, and cabbage. Some chefs even add noodles to Escudella. No need to say that such a variety of … Read more

Madrid
In Madrid, simply all restaurants specializing in the national cuisine will offer various types of paella, which remains the most popular rice dish in the country. Paella contains various meat and seafood types. Madrid restaurants traditionally offer dozens of varieties of this ever popular national dish. Paella can be very unusual, for example, paella with devilfish ink has become increasingly popular in recent years. Needless to say, the dish looks very exotic, but, according to gourmets, it … Read more

Sevilla
Besides the internationally famous Gazpacho, Seville has much to offer to its guests. This region is a great place to try various mouthwatering fish dishes. Local people equally like the sea and freshwater fish species. Cod is one of the most widely used fish types at restaurants specializing in the national cuisine. For example, Bacalao con Tomate has become a true classics of the local cuisine. This is cod with tomatoes that is cooked together with garlic and parsley. Fans of more piquant … Read more

Benidorm
The acquaintance with the national cuisine of Benidorm promises to be very exciting. Local restaurants offer many interesting dishes with seafood, unusual soups, and culinary masterpieces that are popular in different regions of Spain. Local restaurants specializing in the national cuisine have a good old tradition – they offer a new menu for each day, which is called «menu del dia», virtually every day. All food on the menu has the same price that is very affordable, so even budget … Read more

Granada
In Granada, tourists can buy the most popular dishes of Spanish cuisine, including the ever-popular Tapas snacks. There are hundreds of different variations of Tapas in local bars and restaurants. All appetizers usually look very attractive and even creative as local chefs always pay much attention to the look and design of the food they make. As local cooks mention, the majority of local people do not even check ingredients present in a certain type of Tapas. Instead, they make their choice … Read more

Valencia
In Valencia, travelers can try not only food that is popular in all regions of Spain but also quite specific dishes that are not present in other regions of the country. For example, Pincho is a popular snack type in local restaurants. These are small sandwiches with various ingredients. Salmon with Philadelphia cheese is one of the most popular variations along with crab salad, tuna, and different types of cheese. The choice of Tapas snacks is not less spectacular in Valencia restaurants … Read more

Salou
During Salou vacation tourists are recommended to visit one of the local restaurants specializing in ethnic cuisine. Local cuisine features plenty of original treats. The most important ingredients of traditional dishes are still rice and seafood. Local culinary experts perfectly cook meat dishes and various salads with fresh vegetables and cheese. Exotic treats admirers will love the suquet de peix dish being fish broth which is cooked of lophius. Those tourists giving preference to meat dishes … Read more

Lloret de Mar
In restaurants representing traditional regional cuisine, you can try the most popular Catalan dishes. It is important to note that restaurants of various levels can be found in the city. You can choose from small family restaurants serving dishes prepared according to old recipes or upscale restaurants well-known far beyond the country's borders. The local gastronomy is based on seafood and seasonal vegetables, and meat dishes are mainly prepared from pork. Recipes of many fish dishes that … Read more