Sightseeing in Oviedo - what to see. Complete travel guide 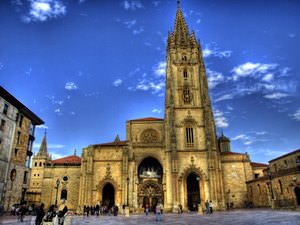 The town was founded yet in the 8th century on the territory of a Roman settlement. This resort is famous for its picturesque beauty, great cuisine and wide choice of entertainments. Oviedo has long become a favorite holiday destination for many travelers. It is worth telling a little more about the local cuisine because it is really quite unique and exquisite.
Cuisine of Oviedo for gourmet with top restaurants and cafe
Tourists will find numerous restaurants of ethnic cuisine in Oviedo. These eating houses offer plenty of ethnic treats and dainty delicacies. The most sought after eating house specializing …

Open
Seafood dishes make the core of the menu of any restaurant here. In a bar called Bar Marchica you can try sea urchin and cecina, a specially cooked dried meat that is loved by the local citizens. These dishes are usually served with a bottle of cider. The best tavern of Oviedo is Cabo Penas, where you will be served excellent calamari and lots of meat dishes. Lobster lovers should visit the restaurant named Marchica as most exquisite delicacies are cooked there.
After trying all culinary delicacies it’s time to go for a walk along main shopping streets. The Cathedral Square is the location of best shops and outlets; here you will find jewelry, unique Asturias pottery and leather goods. In souvenir shops of Oviedo you will find the most popular mascots, which are called ciguas by the locals. These are small crafts made of agate, rather lovely and symbolic items. The most fashionable clothes can be found in boutiques located in the Melquiades Alvares Street. Copyright www.orangesmile.com
Authentic traditions, festivals and lifestyle of Oviedo inhabitants
Oviedo is a city of unique traditions which will be of great interest to every tourist and city guest. Annually Oviedo witnesses a bright remarkable fest being the Festival of San Mateo …

Open
There are also several old buildings, among which we simply cannot fail to mention the Gothic cathedral founded in the 15th century. Another beautiful building is Camara Santa. This is a museum and a chapel at the same time. It contains valuable collections of jewelry and crafts made of ivory. Everyone can see the family relics of the great kings and nobles. 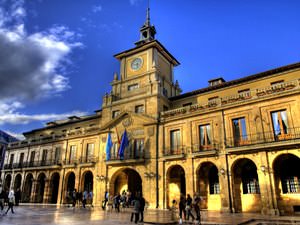 One of the most beautiful places in the city is St. Francis Park founded at the beginning of the 19th century. Once on the site of today's vast park, there was a small monastic garden where monks cultivated medicinal herbs and vegetables. Over time, the small garden turns into a sumptuous park, the largest city park in Oviedo. Here you can walk among the sprawling centuries-old trees; in the warm season, the park is always decorated with interesting landscape compositions.
Excursion over cultural sights of Oviedo - 'must visit' points of interest
The city of Oviedo has survived through many significant historical events in a course of long history. Each epoch has greatly impacted the history of the city and is by now reflected in …

Open
The most ancient buildings in the city include the Church of San Julián de los Prados dated from the early 9th century. Despite the fact that over the centuries this historic church had been repeatedly rebuilt and reconstructed, it has retained many of its original features. In 1998, this unique church, which is more than a thousand years old, was recognized as a UNESCO World Heritage Site. 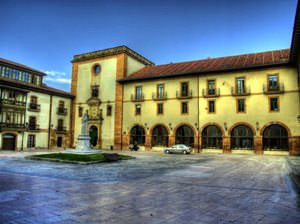 An outstanding cultural center is the Fine Arts Museum of Asturias occupying a complex of three historic palaces. The extensive collection of this museum began to form in 1969, and now it includes more than 15, 000 exhibits. In this museum, you can see original works by famous European artists, such as Pablo Picasso, El Greco, and Salvador Dali.
Your active city break in Oviedo. Attractions, recreation and entertainment - best places to spend your day and night here
The city of Oviedo presents plenty of entertaining establishments meeting every taste and fancy. The suburbs of this tourist destination locate scenic national parks and nature zones which …

Open
History buffs will be impressed by the local Archaeological Museum operating in a 16th-century building that used to belong to a Benedictine monastery. The museum offers a lot of unique exhibits that were discovered during the exploration of areas surrounding the city. Many archaeological finds date back to the Iron and Stone Age. 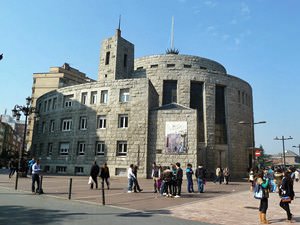 One of the Oviedo's most prominent architectural monuments is the 18th-century Camposagrado Palace representing an amazing combination of neoclassical features and the Baroque style. Today the historic building houses the regional court, so tourists can only admire its immaculate exterior.
Advices to travellers: what you should know while being in Oviedo
1. Narrow winding streets of the historical center of Oviedo should better be explored on foot as all the significant spots of tourist interest are located in close vicinity to each other. …

Open
The historic Plaza de la Escandalera is a favorite walking place for many locals and city visitors. The square adorned by a fountain is surrounded by picturesque historic streets, here you can also see a beautiful monument. Plaza de la Escandalera accommodates old buildings such as Casa Conde and El Escorial - the most beautiful architectural monuments in Oviedo.

This guide to iconic landmarks and sights of Oviedo is protected by the copyright law. You can re-publish this content with mandatory attribution: direct and active hyperlink to www.orangesmile.com.
Oviedo - guide chapters 1 2 3 4 5 6 7 8

Sights around Oviedo from our guide 'Extreme places on Earth' 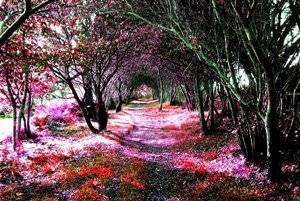 Distance from Oviedo center - 63.2 km.
Another important feature is an abundance of unique archaeological areas. A few caves with prehistoric rock art were preserved in mountains. Altamira cave is considered the most famous among them. The main part of the tour program is focused primarily on the nature lovers. They have an opportunity to see rare ancient trees, including oaks and stone birch that are incredibly high. Some parts of the forest are especially amazing, as trees form a natural arch there. The fantastic forest of Cantabria is very decent in spring and summer, when rare plants bloom one by one. … Read further 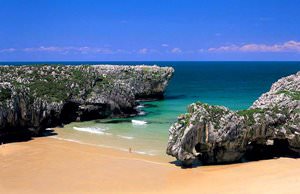 Distance from Oviedo center - 62.1 km.
Next to the beach is a lot of interesting sights, including the mouth of Cueval river and the unique Shutam Pri rocks. That is why you always have the opportunity to bring the change into the recreation with the interesting hike. The picturesque coast also attracts professional photographers. While choosing the best shooting spot, they must be very careful as the coast is at the numerous sharp rocks and shots. … Read further

Search touristic sites on the map of Oviedo

Sightseeing in regions nearby Oviedo

Gijon
Nowadays Gijon is known as one of major cities on the Cantabrian coast. The beautiful curve of coastline allows admiring a unique picture created by rocky cliffs and huge boulders, between which are sheltered lovely bays with comfortable and cozy beaches. Uneven steep banks are the main attraction of the district, in which Gijon is located. Even the geographical position of ... Open »
Leon
Santa Maria de Regla Cathedral is a beautiful example of early gothic architecture style. The church, which has been built by the French masters, is often called the best gothic building of Spain. The façade of the building is decorated with two towers and three portals that are crowned by sculptures and rose windows. The inner decoration of the cathedral is no less ... Open »
Santander
Lovers of cultural enrichment will find many free museums in Santander. These are the Museum of Fine Arts with its collection of Spanish paintings of XV-XX centuries; Maritime Museum, near the entrance of which is located a huge exhibit of marine life - the skeleton of a whale; you will also find rare items got from the sea bottom in this museum; Museum of Ancient History and ... Open »
Ourense
Not far away from the cathedral begins the so-called "street of bars", by walking on which you will reach the largest gallery of the city - Klaustro de San Francisco. Here regularly take place numerous exhibitions, and so you can see works by contemporary painters and photographers. One of the most beautiful squares of the city called Plaza do Ferro is located just nearby. ... Open »
Galicia
Lugo cherishes monuments of medieval architecture; the town is surrounded by walls built during reign of the Roman Empire. Pontevedra that is the second most important town after the capital can boast a variety of historical sites. Fans of ecotourism are advised to go to the Rias Altas, as the most beautiful beaches of the province and several pretty fishing villages are ... Open »
Burgos
Are you searching for new varieties of wine? In this case, consider making a journey to the city of Penafiel that is situated approximately 100 kilometers away from Burgos. This city is home to a popular attraction – the Penafiel Castle. Nowadays, this castle is home to the Museum of Wine. The name of the castle literally means “a reliable rock”. Unfortunately, the ... Open »

All about Oviedo, Spain - sightseeings, attractions, touristic spots, architecture, history, culture and cuisine. Prepare your trip together with OrangeSmile.com - find out the 'must see' things in Oviedo, which places to visit, which excursions to take, where the breathtaking views are waiting for you. Planning your trip with this travel guide will help your to get the most out of Oviedo in few days.