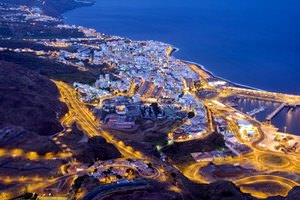 Spanish island of La Palma has become a tourist hotspot only recently. This green island can't offer lots of developed beaches or luxurious resorts, but it’s known after its unique natural and historical landmarks. The island has earned its unofficial name for a reason, as it’s widely covered with beautiful wildlife forests. There are also beautiful beaches covered with black volcanic sand for those who prefer to stay near the coastline.
Authentic traditions, festivals and lifestyle of La Palma Island inhabitants
The inhabitants of the island, as the rest of the people of the Canary Islands, have different mentality from the Spanish. There are two most important words on archipelago: tranquilo and …

national park is located in the very center of the island and is the main landmark of La Palma. There's a sleeping volcano there; its eruption has created the island more than a thousand of years ago. Volcano crater is more than 2,000 meter deep and is covered with thick pine forest; unusual stone forms create unique charming effect. There are lots of hiking routes running across the park, while viewing points provide an excellent view over surrounding landscapes. The information center with show-rooms at the park arranges daily educational events for park guests.
Roque de los Muchachos

is the highest point of La Palma; it’s known after observatory of the same name located on its top. Opened in 1985, it is the one of the biggest and modern in Northern hemisphere. The biggest European telescope is set up there, while nature creates perfect conditions to study stars. This large observatory resembles a futuristic complex; it regularly hosts important international events. Copyright www.orangesmile.com
Excursion over cultural sights of La Palma Island - 'must visit' points of interest
The central city of the island, which has the main historical value, is Santa Cruz. Now it is a not very big settlement with narrow streets and Colonial architecture. But during the times of …

ecoshpere reserve is another point of tourist's interest. It is located in the northern part of the island and regarded as the world's important place. It features unique laurel-cherry forests with rare plants growing within its area. Nowadays the park is open for public access and experienced guides hold interesting daily excursions. 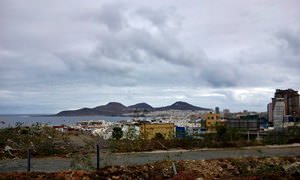 archeological area is highly recommended for fans of history. According to scientists, that’s where the very first island habitants have settled down. Petroglyphs on the cliffs acknowledge that, but their meaning is still a mystery. La Zarza area is probably the most interesting on the island and there are lots of legends and scientific theories associated with it. Belmaco

archeological area is also extremely popular among tourists. Scientists found there ten caves decorated with rock engraving. The interesting fact is that it was the very first finding of such sort on Canary Islands, which was made back in 18th century.
Your active city break in La Palma Island. Attractions, recreation and entertainment - best places to spend your day and night here
La Palma offers the travelers a lot of opportunities for active holidays. The easiest way to explore the island, which also doesn’t require special training, is probably tracking …

Open
There are active volcanos on the island as well; those are Teneguía

. The most recent eruption happened in 1971, but nowadays hundreds of tourists visit both volcanos every day. There are also lots of historical and architectural landmarks in the capital city of Santa Cruz de La Palma

. It’s an excellent place to walk around the scenic streets with unique history and admire lovely old villas and fountains. 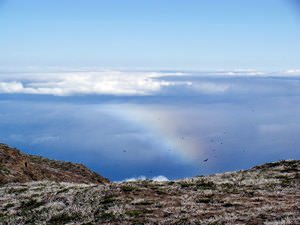 La Palma never ceases to amaze fans of beach recreation. Puerto Naos remains the main beach resort of the region. This is also the location of the largest beach on the island. The beach is very unusual – it is covered with black volcanic sand. In recent years, it has turned into a popular entertainment center in the open air. The beach is the location of numerous restaurants, cafes, and shops. To the service of vacationers, there are water sports centers and beach inventory rental offices. This resort will definitely please its guests with a great selection of hotels. Naturally, the most high-class and expensive ones are located close to the beach.
Best beaches and recreation areas around La Palma Island
Beaches are spread all over La Palma, while the most popular one is situated in the eastern part of the island. That is Los Cancajos beach with number of luxurious hotels and entertainment …

Open
Tourists craving for more private and peaceful resorts will be genuinely pleased with the resort of Charco Verde that is located nearby. This resort also has a picturesque sandy beach that is quite flat and, therefore, the sand is always warm there. That is the reason why numerous travelers with small kids. Fans of quality tobacco will be also delighted with their visit to La Palma. There is an old tobacco factory that is still working and an adjacent thematic museum that is named the House of Tobacco. Here visitors can always buy quality cigars and locally produced accessories.

This guide to iconic landmarks and sights of La Palma Island is protected by the copyright law. You can re-publish this content with mandatory attribution: direct and active hyperlink to www.orangesmile.com.
La Palma Island - guide chapters 1 2 3 4 5 6 7 8 9

National and city parks around La Palma Island
♥   Natural Park 'Cumbre Vieja' , 8.6 km from the center. On the map

♥   World Heritage Site 'Garajonay National Park' , 82.8 km from the center. On the map

Search touristic sites on the map of La Palma Island

La Gomera
Tourists will find large choice of national parks and nature reserves and other protected places. The island is home to various rare animals. For example, the giant Canary lizard belongs to main endemics of the island. Today this animal is close to extinction. Among other sights of La Gomera are Columbus House, Mirador de Roce Blanco Observation Area, San Marcos Church, San ... Open »
El Hierro Island
Hikers should definitely go to the Cape Orchilla which is a layer of lava. This is where the old lighthouse, the most westerly lighthouse in Spain, is situated. More recently, Cape Orchilla has been literally believed to be the end of the world, there was held the prime meridian. The town of El Pinar is ideal to learn about the culture and traditions of the indigenous ... Open »
Los Gigantes
Los Gigantes is a town located on the west coast of one of the Canary Islands - Tenerife. The landscape of this region is quite unusual as the town occupies a flat part of the coast. This surprisingly flat area is located at the foot of giant rock formations also named Los Gigantes. Actually the name of the city comes from the name of these rocks. These majestic cliffs are also ... Open »
Canary Islands
The Canary Islands are home to majestic Mount Teide. The most curious travelers can climb to the volcano and enjoy panoramic views there. Another popular activity is high-seas fishing. Every day, yacht trips for tourists are arranged; you can go fishing at the daytime or at night. It’s worth to tell a little bit more about the night entertainment program. There are lots of ... Open »
Playa de las Americas
The resort will also please the fans of international cuisine. You will find various restaurants and cafes simply everywhere. There are several facilities that specialize exclusively in Canarian dishes, so these are simply best places to try delicious seafood and the main national dish – the rabbit stew. On the territory of Playa Las Americas are located eight ... Open »
Puerto de la Cruz
Puerto de la Cruz is surely rich in historical monuments. You should definitely make a walk through the main square, Charco, where is located a statue depicting the Virgin Mary. San Felipe Castle is one of the oldest architectural places of interest of the city. Miranda House is, probably, the most famous modern institution. The most popular gift shop of the city is opened in ... Open »

All about La Palma Island, Spain - sightseeings, attractions, touristic spots, architecture, history, culture and cuisine. Prepare your trip together with OrangeSmile.com - find out the 'must see' things in La Palma Island, which places to visit, which excursions to take, where the breathtaking views are waiting for you. Planning your trip with this travel guide will help your to get the most out of La Palma Island in few days.