Sightseeing in Santander - what to see. Complete travel guide 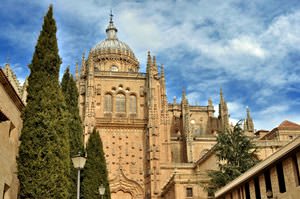 Santarder is a true national reserve region in its original form. The town is located on the north of Italy on the shore of the magnificent bay. The city attracts visitors by its natural environment, amazing beaches, forests with unique wildlife, clean rivers with salmon and trout, and by the sea with its magnificent underwater life.
Advices to travellers: what you should know while being in Santander
1. In the off season period as well as in the summer the resort city features a favorable warm weather with the maximum temperature being 27-28C and an average spring and autumn temperatures …

Open
While spending holidays in this port town, it’s definitely worth making a stroll along the Pereda Boulevard named in honor of the famous Cantabrian writer. The boulevard stretches along the piers and features beautiful views of the harbor. Deep in the thick forests in the mountains near the town named Altamira is located a cave - a true monument of the prehistoric art. The walls of the cave are covered with paintings made by the representatives of ancient civilizations. It’s truly amazing how well they have portrayed the images of animals and fights for territory on the depressions, bumps and surface irregularities of the cave!
Lovers of cultural enrichment will find many free museums in Santander. These are the Museum of Fine Arts with its collection of Spanish paintings of XV-XX centuries; Maritime Museum, near the entrance of which is located a huge exhibit of marine life - the skeleton of a whale; you will also find rare items got from the sea bottom in this museum; Museum of Ancient History and Archeology of the Upper Paleolithic Time; Velarde Ethnographic Museum, which is a house built in XVII century recreating the atmosphere of a village hut; the underground tomb (peace) of Christ built between the XII-XIII centuries and located under the old Gothic cathedral. Santo Domingo and La Asuncion churches are true samples of Renaissance architecture. Copyright www.orangesmile.com
Cuisine of Santander for gourmet with top restaurants and cafe
The city of Santander is rich in gastronomy establishments hosting more than two hundreds of restaurants and cafés. Choosing the best place to eat and rest in Santander is rather …

Open
In order to make the stay in the city even more comfortable, in Santander have been created beautiful beaches Madalena and Sardinero. You will also find here wonderful parks and places for active rest. 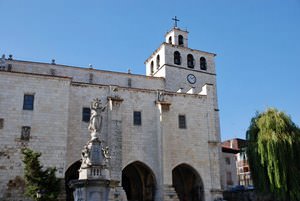 Several magnificent palaces survived in the city. Royal Palacio de la Magdalena is located on the territory of the beautiful country park. Its construction was completed in the early 20th century. The palace was built specially for King Alfonso and became his favorite summer residence. Eventually, the royal family lost its beautiful residence. At different times it housed a hospital, corps of the local university, and even accomodations for beggars. Now, the palace is converted into a cultural center and is used for important events. Some halls are occupied by a museum dedicated to the life and home of the royal family.
Authentic traditions, festivals and lifestyle of Santander inhabitants
Tourists planning a visit to the city of Santander should take into consideration several ethnic features which will sufficiently ease the vacation and add comfort to the time spent on the …

Open
A huge casino remains the irreplaceable symbol of the city. Its opening took place over a century ago. Originally, it became a favorite rest place for the local aristocracy. The casino occupies a beautiful building created by the architect Eloy Martinez del Valle. As in the past, they hold interesting dance and theater performances. This place is considered an indispensable cultural center in the city life. 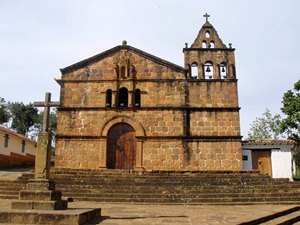 Those who prefer leisurely walks along picturesque places, should visit beautiful Pereda gardens named after the famous Spanish writer. The gardens have incredible landscaping and delight with interesting old sculptures. Travelers who visit the gardens in the period from September to March can admire rooks around here. Every year they fly in for the winter.
Excursion over cultural sights of Santander - 'must visit' points of interest
Santander being a popular beach resort offers its visitors an engaging entertainment program. Among city sites and landmarks tourists will find various museums and natural sites, …

Open
In the very heart of the city is situated an old lighthouse, built in this place in the middle of the 19th century. The height of the ancient lighthouse is 90 meters. Although it hasn't been used for a long time, they decided not to destroy the construction. Nowadays, an art center occupies the building. Its visitors can enjoy a great collection of paintings. One of the upper levels is equipped with a viewing platform. 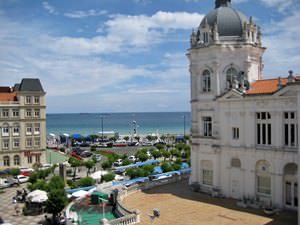 Don't miss a chance to visit the town of Santillana del Mar in the outskirts of Santander, which is famous for its ancient architecture. Many miniature old houses survived in the city. Local residents decorate their facades with fresh flowers in a warm season.

This guide to iconic landmarks and sights of Santander is protected by the copyright law. You can re-publish this content with mandatory attribution: direct and active hyperlink to www.orangesmile.com.
Santander - guide chapters 1 2 3 4 5 6

National and city parks around Santander
♥   Natural Park 'Dunas de Liencres' , 13.7 km from the center. On the map

Sights around Santander from our guide 'Extreme places on Earth' 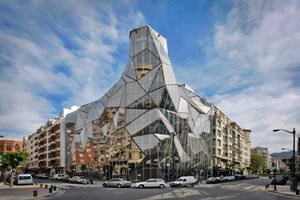 Distance from Santander center - 68.3 km.
The building has two basement floors that are used as a parking zone. The original façade is made from glass panels and has not only decorative but also practical function. It helps to increase the building thermoinsulation, protects inner rooms from the noise and has a special firestop. Since the building has finished the building became a popular touristic sightseeing. A lot of people like to take pictures of it, especially in the evening. At this time the rooms are full of light and it looks quite unusual. … Read further

Search touristic sites on the map of Santander

Sightseeing in regions nearby Santander

Bilbao
A chain of underground stations were opened in this city in 1995. This helped to get rid of traffic jams and make this city even more beautiful. You can also use other convenient types of transport as tramways or railroad. In the end we should mention that there are two main languages in Bilbao – Spanish and Basque. This city is a wonderful place for rest. It’s ... Open »
Basque Country
Pais Vasco is one of the most unusual and attractive tourist regions in Spain. Everything here is unique, including nature and climate, a variety of historical heritage and cultural traditions. History and traditions of the Basque are incredibly interesting and symbolic; their material embodiments are forcing travelers to stop in admiration. The largest settlement and ... Open »
Burgos
Burgos Airport accommodates flights from Barcelona. After that, you need to take a taxi to the city center – there are always many taxis near the entrance to the airport. It is also possible to get to the city center by bus – you need to take bus #25. It takes four hours to get to Burgos from Madrid by train, two hours – from Leon, and one and a half hours – from ... Open »
San Sebastian
The old town is represented by a set of winding streets, on which you will find cozy cafés, restaurants and bars. The central library of the city is located on the main square of San Sebastian. You will also find here a funicular, which leads to the top of Igeldo Mount, where is located the attraction park. The mountain features a magnificent view of the city, which is ... Open »
Gijon
Even the geographical position of Gijon has everything to become a successful tourist destination. This place is only a half of an hour away from the Ranon Airport. The central part of Gijon has a shape of a huge amphitheater. Just a couple of steps away from the center of Gijon there is a magnificent San Lorenzo beach with fine sand. Those tourists, who do not want to rest on ... Open »
Logroño
There were large reforms across the country during the eleventh century, and these reforms concerned the social structures. The twelfth century was a terrible period for residents of Logrono, just like for many people in other regions of Spain. This is the time when the inquisition office opened in the regional capital. Many locals were accused of witchcraft or practicing ... Open »

All about Santander, Spain - sightseeings, attractions, touristic spots, architecture, history, culture and cuisine. Prepare your trip together with OrangeSmile.com - find out the 'must see' things in Santander, which places to visit, which excursions to take, where the breathtaking views are waiting for you. Planning your trip with this travel guide will help your to get the most out of Santander in few days.