Religions and languages in Spain 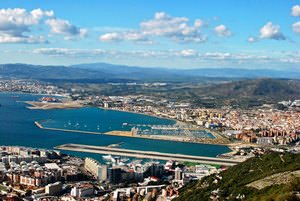 Spain is a secular state such that religion in the country has no influence on public administration and vice versa. About 75% of its population consider themselves to be Catholics. So, Spain can be generally considered a Catholic country. About 23% of the total population of the country consider themselves to be non-believers or non-religious people who neither go to church nor observe religious holidays. Only 2% are members of other faiths. The official separation of church from state took place only in 1979. A formal agreement which regulated the relations of religious institutions was signed immediately afterwards with the Vatican.
When and where to 'hang out' in Spain - festivals and celebrations
Hundreds of different festivals take place in Spain every year. Spaniards know a lot about arranging amazing and unique holidays. Locals are keen on …
Read further
It is worth noting that despite this, faith has a big impact on the Spanish public. For example, in schools and higher educational institutions, students are required to choose between the subjects; Religion, and Ethics. If the choice falls on the first, then they will be taught the basics of Catholicism. Up until now, about 32% of schools rank themselves in Catholic educational institutions in the country. However, despite the fact that faith is highly appreciated in families and in education, it is difficult to say that the Spaniards are serviceable parishioners of local churches. Apparently, their attitude to such an open demonstration of their religion was influenced by world-famous inquisitions which were cruelly punished for belonging to Christianity.
Spain’s entry into the European Union and various modern Western trends is gradually affecting the overall religious situation in the country. Every year, the percentage of atheist’s is on the increase. The youth refuse to adopt the traditions of religion. In addition, the country is quite liberal about other faiths and many Spaniards even support the idea of ​​same-sex marriage. As for religious holidays, they are loved and valued not only by adherents of Catholicism. Various holy dates have turned into Spanish noisy festivities with songs and dances and each separate settlement has chosen its own patron Saint. An incredibly large-scale holiday is organized yearly in honor of these Saints. As a result of the historic Caliphate, there are a lot of ancient Mosques in Spain, many of which are now empty. However, Mosques in larger cities are still visited by migrants from Algeria and Morocco. In general, there are about one million citizens who profess Islam. Approximately one and a half million people in the country consider themselves Protestants. Spanish gypsies are evangelists. There are however very few Jews in the country. This is so because during the rule of the Inquisition, they were permanently expelled from the territory of modern Spain and now the Jews are not keen on returning. Copyright www.orangesmile.com
For active traveler - national parks, landscapes and nature of Spain
The relief of Spain is diverse. There are about 400 different national parks and reserves in the country. Here, you can find desert and mountain …
Read further
Spain can rightly be called one of the most multilingual countries in Europe. The dictatorial ways of governing by Francisco Franco, greatly influenced the formation of the state language. The majority of the ethnic population was therefore subjected to immense pressure. Their indigenous language was forbidden, and offenders caught trying to spread the language were put away and subsequently executed. But, despite this, the languages ​​of the ethnic population of Spain still preserved and today they are gaining strength again and actively experiencing a renaissance. The ethnic strata of Spain are Catalans speaking Catalan, Galicians speaking Galician, Basques speaking Basque language, Asturians speaking Asturian language, Occitans speaking Occitan language, and Aragonese speaking Aragonese language. The latter on the list is the only language that is now on the verge of extinction. Catalan is spoken not only by the inhabitants of modern Catalonia, but also by residents of the Balearic Islands. 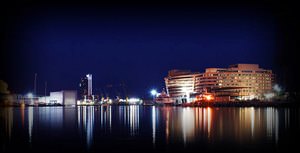 Castilian is spoken by more than 40 million people and is considered the official language. This language derives its name from the place of its formation; the kingdom of Castile. The official language is widespread majorly in the north and in the center of Spain. Also, there are quite a few different dialects of this language, for example; Murcian, Churro, and Riokh. It is the Castilian language that is employed in all official events; in issuing laws, and teaching in Schools and Institutions of higher education. The second official language is recognized as a minority, which is considered the language of national minorities. However, such a local dialect prevails exclusively in everyday life. All the same, Castilian is used in official documents. 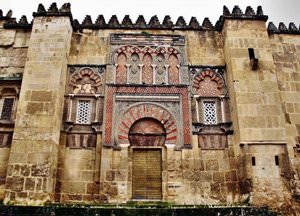 One of the greatest Mezquita Mosque is situated in Spain town Córdoba. This 24 000 square meter mosque was saved from the Medieval. It has been built from 785 year until the beginning of the 11th century. This mosque has not only a rich historical background but also a unique architectural style and the inner decoration.

There were used the rarest types of marble and semiprecious stones. Today in the interior has saved 856 columns and arches made from jasper and onyx. The Medieval edifice also has a richly gilded prayer niche or mihrab. In the 13th century, the luxurious mosque was rebuilt in a Christian church. Since that time until the end of the 18th century, it has been changing.

Photogallery of iconic places of Spain

Barcelona
There are always many interesting events in Barcelona. The procession of the Magi on the eve of Day of the Epiphany is a bright and a striking event. On the evening of January 5 local residents dressed in ancient costumes appear on the streets of the city. All townspeople gather there to admire their solemn procession. The event that takes place on April 23 is no less interesting. This celebration is named The Day of Rose and a Book. The title of the celebration fully discloses its main … Read more

Madrid
Christmas holidays are the time for a special celebration for citizens. All celebrations here are always held with a grand scale and attract many tourists. All main activities are organized on Plaza Mayor, where takes place the Christmas fair. During several days the streets of the city are decorated with beautiful illuminations, and the squares of the city become the location of interesting presentations and children's holidays. The celebration ends with the traditional procession of the Magi. … Read more

Sevilla
Spring in Seville is the time for numerous interesting festivals and fairs. One of the festivals is usually celebrated on the second half of April. During a week all squares of the city become the location of performances of folk groups. Local people and tourists dress up in old costumes, and street traders offer various unusual gifts and crafts to passersby. Many interesting festivals are held in suburban areas. Country residents also organize interesting fairs and carnivals, which are usually … Read more

Benidorm
In order to welcome the long-awaited spring, the local residents construct huge figures made of cardboard, and then they burn them on the squares of the city. March 18 is always the time for various fairs and cooking contests. In the evening everyone gathers on the main square of the city in order to admire a spectacular pyrotechnic show. The celebration of Day of Moors and Christians (Moros y Cristianos) is a no less striking event. It is usually celebrated in the first half of October. The … Read more

Granada
A contest of performers is one of the main events of Festival de Jazz de Granada. The event is attended by musicians from 35 countries. The victory in this competition is very prestigious, so only the most talented musicians can get it. Besides amazing concerts and jazz evenings, guests of the festival are welcome to visit numerous interesting events, exhibitions, master classes and lectures. Everyone is welcome to participate in these training courses that are headed by masters of jazz. They … Read more

Valencia
Modern holiday has changed a lot and it has got many new traditions and customs. Nowadays chandeliers are not widely used and many people simply cannot part with their belongings easily, so during the modern festival are burnt huge figures made of papier-mâché. Skillful masters work for several months over their creation. During the festival these huge figures and beautiful compositions can be easily seen in every district of Valencia. On the last day of the festival, when darkness falls on … Read more

Salou
The holiday is celebrated during a week. The fest starts on the 3rd of September as exactly this day in 1229 the King set to conquer Majorca. His deeds significantly affected the history of the city and sufficiently changed its fortune. Today in order to commemorate this significant historical event the city holds various folks fests with plenty of music shows and fantastic performances as well as numerous gastronomy events. The main entertaining ingredient of the festival is sport competitions. … Read more

Lloret de Mar
Applicants for the performance of the dance are selected throughout the whole year. Only the best local dancers of both sexes take part in the show. The dance itself was first performed in the Middle Ages and is now an important symbol of national culture. On the last day of the holiday, the traditional regatta S'Amorra Amorra is held on the beach of Santa Cristina. The history of the event has its roots in the 19th century. At that time, regattas were held on ordinary fishing boats, and now … Read more

Spain: traditions in the regions