Detailed hi-res maps of Alicante for download or print 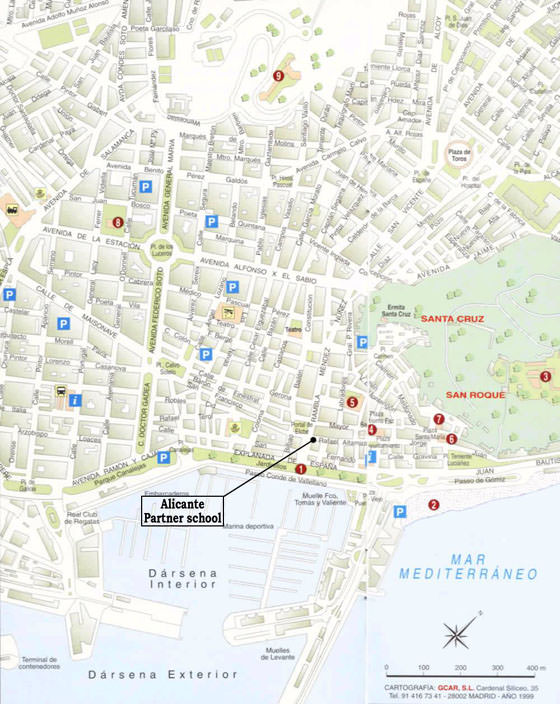 The actual dimensions of the Alicante map are 1000 X 1257 pixels, file size (in bytes) - 159004. You can open this downloadable and printable map of Alicante by clicking on the map itself or via this link: Open the map. 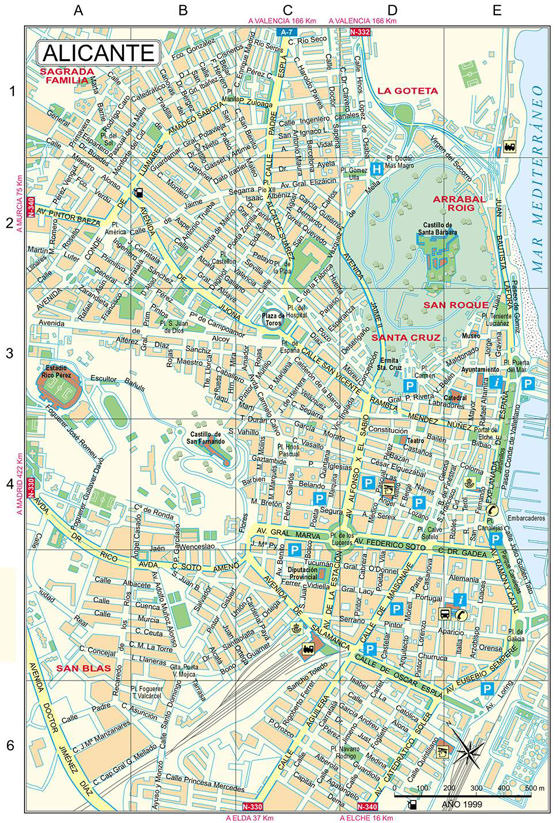 Search for services, infrastructure and sights on map of Alicante

Our guide chapters over Alicante

For those who like to relax in the fresh air, the Canalejas park will be pure joy; it is next located to the coastline. This park does not does not impress with size, yet it will amaze with its original design. There are several trees in the park, that date back to more than a hundred years. Each year, the park is decorated with interesting landscape ornaments, it features numerous fine sculptures and decorative … Open

The luxury hotel Eurostars Mediterranea Plaza is ready to offer its customers a lot of fine services. In addition to high-class rooms with private terraces, it can boast a lovely recreation area on the roof. All rooms have panoramic windows, and some boast a small balcony with a view of historical buildings. Fans of an active lifestyle would appreciate an equipped gym with very nice design. The Hotel Alicante Golf … Open

Alicante for children - what to visit

Travelers who want to diversify their vacation with interesting adventures should go with the children to the Tabarka Island. Getting to this island is by boat. The smallest visitors will definitely like to walk to places where pirates once hid their treasures. The island is famous for its rich military history. It was here that hundreds of years ago, there were fierce battles between the Spanish army and pirates. … Open

One of the most spectacular and attractive among numerous apartment hotels of Alicante is Apartamentos Tito. This accommodation place is located in the historic district in a renovated historic building with tall narrow windows. All apartments are decorated with a predominance of black and white and the walls are painted in light green or lilac color. Some rooms have restored wooden ceilings, while others are … Open

The central shopping street of Alicante is Avenida de Maisonnave. This is where you can find boutiques and shopping pavilions of the most popular European brands. Here, is located a large clothing store Bershka. Lovers of sportswear can visit Nike store. The choice of goods in local stores is simply huge and prices are much lower than in similar brand stores in other countries. There are several large trading … Open