Sightseeing in Almeria - what to see. Complete travel guide 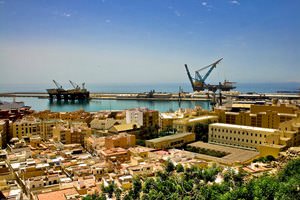 Almeria is a capital of the province of the same name, a large port town and a famous tourist center. The rich heritage of the city is reflected in multiple historical monuments. Here you will see amazing buildings, visit entertaining museums, and attend interesting exhibitions.
Advices to travellers: what you should know while being in Almeria
1. It’s better to purchase tickets for bullfighting in advance as it is very popular not only among the locals but also among visitors. Prior to purchasing tickets you should …

Open
Alcazaba castle is known as the most famous sight of the city. It was built in the times, when the city was ruled by the Moors. The castle was built by order of Emir Abd al-Rahman in the 13th century. Later the castle has been rebuilt and expanded a number of times, that’s why today this is a huge architectural complex. The highest tower of this castle, Torre del Amenahe, has a viewport site, from which tourists can see a panoramic view of the city and its suburbs. Nearby the caste is located La Chunka village. It is widely known for one peculiarity – the locals have turned small caves as their houses. Today these homes are equipped with facilities and electronics, but the main work of the locals is still fishing, just as many centuries ago.
One more important medieval building is the Cathedral that was built in the middle of the 16th century. During the medieval period the city was often ambushed by pirates and the Cathedral saved lives of the locals many times. The Cathedral looks more like a castle or a fortress than a religious shrine. It was destroyed several times, so some parts of it are made in different architectural styles and the Cathedral today is a mix of gothics, classicism, and renaissance. Copyright www.orangesmile.com
Extraordinary weekend in Almeria - unusual places, services and attractions for travel gourmet
…

Open
Also don’t forget to visit Templo de San Juan, the building of which took place in the 17th century. In front of the temple is located the mayor’s office. It is so beautiful and unusual that it resembles a wonderful castle. Finally, if the idea of attending archeological excavations sounds attractive for you, you should visit Gador. Several prehistoric settlements have been found in this town and archeologists continue working there. 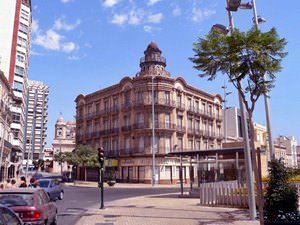 The old hospitals are difficult to attribute to one of the classic attractions, but Hospital of St. Mary Magdalene, situated in Almeria, is a true exception. It is located in the immediate vicinity of the Cathedral, and the building of the hospital today is the oldest in the city. It was built in the 16th century, after several hundred years its main facade remains completely unchanged. Old hospital is a set of beautiful historic buildings, in its territory there is a chapel, and an old shelter. Interesting tours of this architectural complex are available for tourists, during which you can see its numerous hidden details.
Almeria design-hotels for stylish travellers
Almeria has stylish designer hotels of different classes. Nuevo Torreluz hotel is aimed at connoisseurs of high-end leisure. It’s situated in Flores district. The hotel features …

Open
Be sure to visit the city's head museum - the Museum of Almería. A significant part of its exposition are the archaeological finds that were discovered during the investigation of the city and its surroundings. The opening of the museum took place in 1933, and since its collection was constantly expanding, the museum repeatedly moved to new buildings. Today, the museum features a number of unique exhibits dating back to the Paleolithic period, as well as thematic exhibitions devoted to the history of primitive people. 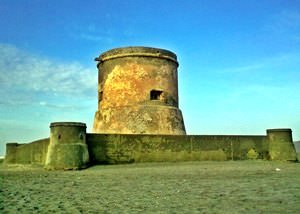 Among Almeria’s religious attractions the Church of St. James (son of Zebedee) definitely stands out, that was built in the late 15th century. This church was finished only in 1559, and during the years of its existence it was repeatedly rebuilt and supplemented with new elements. Latest reconstruction of the church took place in the first half of the 20th century; its facade decorated with new bas-reliefs then.
Top places to stay in Almeria - most luxurious hotels
Tourists preferring upscale vacations enjoy a decent selection of luxury hotels in Almeria. Catedral Almería hotel is in a couple of minutes’ walk from the coast; it occupies an …

Open
In the vicinity of Almeria, travellers can visit many curious archaeological areas and see the sights that are approximately 1000 years old. An excellent example is “Aljibes arabes” - the Arab aqueduct that was built in the 11th century by order of the governor of Almeria - Hairan. These water communications were built in order to provide the city and the troops guarding it uninterrupted supply of drinking water. Underground channel length is more than 6000 meters, and considering the times it was built in, it is truly a grand structure.

This guide to iconic landmarks and sights of Almeria is protected by the copyright law. You can re-publish this content with mandatory attribution: direct and active hyperlink to www.orangesmile.com.
Almeria - guide chapters 1 2 3 4 5 6 7 8 9 10 11 12

National and city parks around Almeria
♥   Natural Park 'Sierra de Baza' , 52.4 km from the center. On the map

Search touristic sites on the map of Almeria

Sightseeing in regions nearby Almeria

Granada
Of course, those eight centuries when Granada was ruled by the Arabians made a huge impact on the look and history of Granada. Solitude, that is so usual for Arabian culture, can be felt in Granada even in our days. The same applies to some Arabian traditions that have become essential in Granada and are followed up to now. Tea drinking is among them and so in this city you ... Open »
Nerja
First settlements on the territory of the modern Nerja appeared yet in the prehistoric times. The best proof for this is the rock paintings, which have been discovered in caves. The first drawings were discovered by accident - local boys reported about them. It happened in 1959. Since that time Nerja has been visited by thousands of tourists from all over the world, who come ... Open »
La Palma
... Open »
Murcia
This is a small provincial town in southern Spain. Originally the area was pretty desolate and lifeless, but in the beginning of the 8th century the creation of an artificial system of irrigation allowed bringing the agriculture to a new level. This has made Murcia a well-known agricultural area. Besides this, important trade routes were created near the town, so trading in ... Open »
Malaga
Plaza de la Merced Square is one of the most famous and widely visited places of Malaga. The square has become popular because of the great world-genius painter Pablo Picasso – his home is located there. One more attraction of this place is a monument dedicated to General Torrijos. In 2003 the Picasso Museum was formally established in the palace of Buenavista graphs by ... Open »
Benalmádena
Benalmadena is a unique resort town with rich history, multifaceted culture, and one-of-a-kind beaches. Amazing location on the Spain’s Costa del Sol is one of the reasons for such popularity, so there’s no wonder why the majority of guests are fans of beach rest. For more than forty years, Tívoli World amusement park has been one of the main symbols of the city. It’s ... Open »

All about Almeria, Spain - sightseeings, attractions, touristic spots, architecture, history, culture and cuisine. Prepare your trip together with OrangeSmile.com - find out the 'must see' things in Almeria, which places to visit, which excursions to take, where the breathtaking views are waiting for you. Planning your trip with this travel guide will help your to get the most out of Almeria in few days.