Sightseeing in Zaragoza - what to see. Complete travel guide 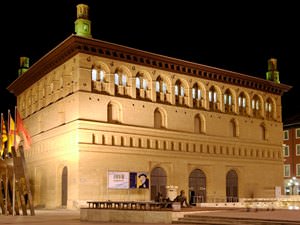 Zaragoza is the Aragon’s capital. During its history the city has been conquered a number of times, so it is named the City of five cultures. Zatagoza keeps the imprints of the cultural and historical heritage of such nations as Romans, Iberians, Jews, Muslims and Christians. Industry is well developed in Zaragoza, therefore many of the city’s districts and its surrounding areas are not praised with exquisite architectural style. Only the old city of Zaragoza, which is situated between the Aljaferia palace and Bruel Park, has a great historical value.
Excursion over cultural sights of Zaragoza - 'must visit' points of interest
One of the main symbols of Zaragoza is considered to be the Cathedral of San Salvador. Its luxurious building was erected on a place of an ancient mosque. The Cathedral presents a unique …

Open
The main attraction of the old city is the Cathedral of Zaragoza Nuestra Senora del Pilar built in the baroque style with a wide array of decorations and stucco on the facade of the cathedral. The decoration of the cathedral strikes with its luxury as its halls are full of jasper, bronze, and numerous varieties of marble. The arches of the cathedral are covered with drawings made by the hand of Francisco Goya. Ancient legends say that a true miracle has happened in this cathedral - the Blessed Virgin appeared in front of Apostle James. It is also worth noting the outstanding San Salvador Cathedral designed in the gothic style.
We should also mention other attractions of Zaragoza - old churches created in the XI-XVII centuries - Santa Maria Magdalena, San Pablo, San Gil, San Miguel, San Ildefonso, Vesetas monastery; interesting art museums with paintings by Goya, Rembrandt, Velasquez and Renoir, Greco, Kamon Aznar, Monet, and Sorolla, Rubens, Van Dyck and Ribera. The Aljaferia palace plays a significant role in the architectural ensemble of the city. This is an outstanding monument of the Moorish-style. Another place of interest is Torreon del Court palace that is home to numerous exhibitions and works of talented artists. Copyright www.orangesmile.com
Your active city break in Zaragoza. Attractions, recreation and entertainment - best places to spend your day and night here
After an exploration tour over the local sites and landmarks city guests will find exciting and interesting to visit local entertainment establishments which are richly presented in the city …

Open
Almenar castle is one of the largest and most interesting in Spain. It was built in Zaragoza at the end of the 10th century and initially served as an important outlook point. Its first major reconstruction took place in the 15th century. It was significantly expanded and made a residence for worthy noblemen. The castle became a kind of a travel palace. The nobility stopped there during their travels around the country. Over the years, the ancient castle has repeatedly changed its status. In the early 20th century it housed police barracks. Nowadays, the whole territory of the castle is accessible for excursions. 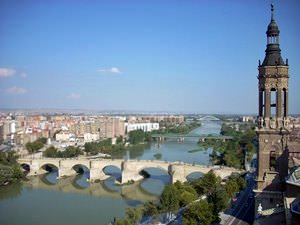 Lovers of history will surely be interested in visiting La Piedra ancient monastery. It was founded in the 12th century on orders from Alfonso II. A monastery was built on the territory of a large fortress, some fragments of which have survived to this day. Visitors can admire an ancient portal frame bridge across the Piedra River and secondary buildings around the monastery in addition. The whole construction is beautifully highlighted, which looks especially spectacular in the evening.
Advices to travellers: what you should know while being in Zaragoza
1. Tourists visiting the city of Zaragoza for the first time are strongly recommended to start a vacation with a visit to one of the tourist information centers “Oficina de Turismo”. …

Open
Right on the territory of Zaragoza, they discovered several unique archaeological areas. One of these areas is the Roman Forum Museum nowadays. Some fragments of an old Roman square, thermal baths, theater, and other constructions have been found here. They covered the entire area with a big top and installed explanatory signs next to each object. 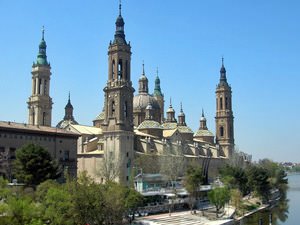 In a spectacular modern building in a futuristic style is located CaixaForum cultural center. It was opened just a few years ago. It has several exhibition galleries, a modern concert platform, and a viewing platform on the upper level. Guests of the center can visit a local restaurant. Tourists are usually attracted by an original souvenir shop.
Cuisine of Zaragoza for gourmet with top restaurants and cafe
Zaragoza offers its guests to visit various gastronomy establishments meeting each taste and fancy. As haute cuisine connoisseurs so sparing tourists and fastidious exotic dishes admirers …

Open
Among the modern monuments of Zaragoza, The Spaniard fountain is worth mentioning. It was designed in Pilar Square in 1991. The fountain has a very unusual shape and is styled to look like a huge waterfall. Its opening was held back-to-back with the 500th anniversary from the discovery of America.

This guide to iconic landmarks and sights of Zaragoza is protected by the copyright law. You can re-publish this content with mandatory attribution: direct and active hyperlink to www.orangesmile.com.
Zaragoza - guide chapters 1 2 3 4 5 6

National and city parks around Zaragoza
♥   Natural Park 'Moncayo' , 74 km from the center. On the map

Sights around Zaragoza from our guide 'Extreme places on Earth' 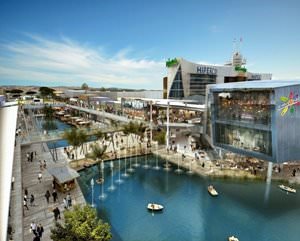 Distance from Zaragoza center - 2.7 km.
"Puerto Venecia Centre" has over 20 million visitors per year. Among them tourists have the leading positions. It is more interesting to visit the shopping center in a warm season. At that time, you can see playgrounds for children, equipped open space terraces for relaxation and sports grounds on the center’s territory. However, in winter period visitors won’t get bored because the center held fabulous events at Christmas and New Year. But the main point of interest is the ice skate (the frozen lake), which area is over 7,5 hundred square meters. … Read further

Search touristic sites on the map of Zaragoza

Sightseeing in regions nearby Zaragoza

Huesca
In the Middle Ages, agriculture, economics, sciences, and culture started developing rapidly in Huesca. The 19th century brought many changes to the lifestyle of the city because the French established their rule in the city. The First Carlist War changed Huesca drastically because the city became an epicenter of numerous battles. The Civil War started almost one century ... Open »
Formigal
A ridge divides Crestas into two separate parts. The left one is called Tres Hombres. This is the most suitable area for sportsmen and ski experts. This is where the Alpine Junior World Ski Championship takes place. The right part of the zone is the location of a snow park. Do you like snowboarding? In this case, you need to choose this zone because there are ski-jump ramps, ... Open »
Pamplona
Start your acquaintance with the town from visiting the observation platforms located near the walls of the Old Town. A part of the walls has survived till our days. Many years ago these walls have served as the borders of the old town. On the bank of the river Arga you will find one of the most important religious places of interest - the cathedral made in a superb gothic ... Open »
Logroño
This co-cathedral has gained worldwide recognition for its architecture. Over the years, it has got the right to be an episcopacy center. Numerous tourists visit Logrono to see marvelous paintings and sculptures in the Co-cathedral of Santa María de la Redonda. These are true masterpieces of the 15th-17th centuries. A beautiful oval alcove with Christian sculptures decorates ... Open »
Peniscola
Are you searching for the most suitable beach recreation area? Peniscola Beach is a true pride of the region. Besides various titles and awards, this beach has a Blue Flag label that proves its high environmental standards. Every morning, special cleaning machines prepare the beach for tourists and citizens of Peniscola. This beach is also perfectly suitable for vacationers ... Open »
Salou
Salou coast is simply covered by gorgeous golden beaches that stretch along the embankment, dotted with numerous restaurants, shops and cafes for longer than 7 km. These beautiful beaches are awarded with Blue Flag, which denotes the quality mark. Salou is annually awarded with this mark by the European Union. Unforgettable city landscapes, its mild climate and peaceful rest ... Open »

All about Zaragoza, Spain - sightseeings, attractions, touristic spots, architecture, history, culture and cuisine. Prepare your trip together with OrangeSmile.com - find out the 'must see' things in Zaragoza, which places to visit, which excursions to take, where the breathtaking views are waiting for you. Planning your trip with this travel guide will help your to get the most out of Zaragoza in few days.