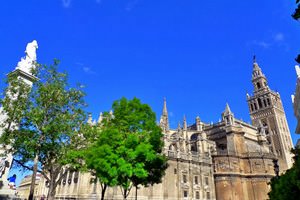 Within the gastronomic framework, Spain is one of the richest countries in the world. The variety of dishes in different regions is amazing. The traditional Spanish table is full of colors and incredible smells. The Basque country bordering with France, is dominated by a refined cuisine, specializing in seafood. In Aragon, locals honor and know how to cook meat superbly. In Galicia, it is obligatory to taste boiled octopus and pork legs with turnip. In Andalusia, which is the homeland of flamenco, incredibly delicious dishes are deep fried. This region is the birthplace of the best olive oil. Rioja and Navarre will surprise travelers with delicious side dishes. In Toledo, you should try the marzipan cooked following old recipes.
State construction and political life of Spain
Spain is a democratic parliamentary state. There is a clear separation of the legislative, executive and judicial arms. The head of state is the King …
Read further
Despite the incredible variety of treats, the Spanish cuisine has several common features. Most dishes are cooked with olive oil, rice, garlic and a lot of spices. Spain has very favorable climatic conditions and developed agriculture, which explains a huge variety of dishes. The term ‘Spanish cuisine’ hides specifics of 17 regions at once. The most famous dish of this country is, of course, paella from Valencia. Originally, it was cooked right on the streets in huge pans. Only men were allowed to cook. The key ingredient is rice. There are three main varieties - Valencian paella with rabbit meat, duck, chicken, or snails, seafood paella and mixed paella, in which a cook can put almost anything.
Spain is also famous for its hamon, which is a raw ham. Its production is part of the culture of the country. Cooking begins in the first days of November with a ritual slaughter of a pig. Piglet for the hamon is specially fed with acorns, as this affects the quality of meat. The excess of fat is taken off the meat; the product is sprinkled with sea salt and left for 2 weeks. Then it’s washed and hang to dry, and then left to ripen. The hamon will be ready in about 12 months. The complexity of cooking makes the cost high. However, apart from the saturated taste, the treat is characterized by an almost complete lack of cholesterol, which makes it dietary. Copyright www.orangesmile.com
The soul of Spain - religions and languages
Spain is a secular state such that religion in the country has no influence on public administration and vice versa. About 75% of its population …
Read further
Another dish is world-famous gazpacho from Andalusia. Initially, this dish was a soup for the poor; they added vinegar, olive oil and garlic to the water. Over time, tomatoes, cucumber, sweet peppers, onions and other condiments were added to the recipe. The dish is served cold with croutons. No less known treat is tortilla, which is an omelette with potatoes, onions, and seasonings. Spaniards are very fond of fish and cook it many ways. One of the most popular fish is tuna. It is served in a smoked, fried, dried, and canned. One of the most expensive and solemn dishes of Spanish cuisine is zarzuela from fish. That’s a ragout of shellfish, crustaceans, fish and special sauce; sometimes, vegetables are added to the dish. 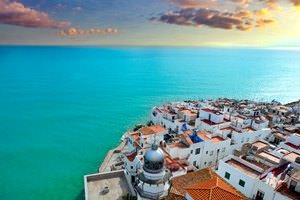 The main drink in Spain is coffee. During a daytime, Spaniards can easily drink 6-7 cups. It is almost impossible to find tea in this country. Among the soft drinks, various freshly squeezed fruit juices are popular. The national drink is horchata, which is a drink made of nuts. The most famous Spanish wine is sherry with a high alcohol content. Sangria is a wine drink with a saturated fruit flavor. It’s also worth to try the local cider and liqueurs in Spain. The most famous sweet is thurron,which is a rectangular dessert made of honey, grilled almonds and eggs. Thurron is most often cooked for Christmas, but you can buy it in other times of the year. The Catalan cream represents a kind of creme brulee, but it’s cooked of milk.
Spain economy - strengths, wealth and problems
The economy of Spain is ranked fifth place among all the countries of the European Union by nominal GDP. On the world arena, the country’s economy …
Read further
Spain has its own daily routine. Breakfast does not really matter. Spaniards usually have breakfast in a cafe near house or on the way to work; it depends on the work schedule. Usually, they just drink coffee or juice. For those who are engaged in manual labor, a brunch is provided. It starts at about 11 am. Lunch is served during siesta, so you need to have time to get into restaurants from 1.30 pm to 4.30 pm,  because before or after that, cafes will be closed. Dinner in Spain begins much later than in other countries - approximately from 8pm to 10pm. At this time, the whole family gathers at the table. Such family gatherings are often held in bars or restaurants.

♥   Restaurant 'A Estación' Cambre. Type - Modern cuisine. On the map

♥   Restaurant 'A Fonte do Viño' Cambados. Type - Traditional cuisine. On the map

♥   Restaurant 'A Gabeira' Ferrol. Type - Traditional cuisine. On the map

♥   Restaurant 'A Mundiña' A Coruña. Type - Traditional cuisine. On the map

Cuisine and restaurants in popular cities of Spain

Barcelona
The national cuisine will surely impress fans of seafood – the majority of Catalan dishes are cooked from fish. Fresh or roasted vegetables are the traditional and most commonly used garnish. Spices, aromatic herbs and garlic add a unique flavor and taste to the dishes. Among gastronomic facilities of the city we should definitely mention Cafe de l'Opera, the opening of which took place in the beginning of the 20th century. A part of its tables is located on a terrace; the café’s hall is … Read more

Madrid
La Vaca Veronica restaurant is a perfect place for a romantic dinner. Here you will be offered to try excellent meat dishes. This historic restaurant has been the favorite place of rest of Hemingway. Gure-Etxea restaurant is a unique place where you can try the amazing Basque cuisine. This place is the most popular one among local residents. Besides attractive restaurants the city is full of sports bars and cafes, where you can relax after a busy day of sightseeing and enjoy savory Spanish … Read more

Sevilla
Egana Oriza restaurant will appeal to those who simply cannot imagine a meal without delicious seafood. The main special dish of the restaurant is marinated grouper. Visitors will also enjoy delicious desserts. La Taberna del Alabardero restaurant has prepared no less original dishes to its guests. Marrows stuffed with bacon and mango, roasted eggplant, venison in a fruit sauce, suckling pig with pineapple – these are just a few special dishes, refusing which is simply impossible. Tables of … Read more

Benidorm
St James Tavern is a popular restaurant, which style is reminiscent of a classic English pub. A large plasma television, which is installed in the restaurant, always broadcasts various most important sporting events. Among the favorite dishes of frequent visitors of this restaurant are hot sandwiches, crunchy croutons and beer. Babylon restaurant specializes in cooking Mediterranean food. Among its specialties we should definitely mention shrimps with garlic sauce, and fried mussels. Visitors … Read more

Granada
Connoisseurs of Spanish wine should certainly not forget to visit Bar Kiki, which is located next to a famous winery. Here guests will be offered to try the best local wine. The bar has its own wine cellar with a magnificent collection of drinks. Even most hard-to-please connoisseurs will be pleased to visit this place. Carmen Mirador de Aixa is a no less popular restaurant of the national cuisine. In the evening the restaurant is always distinguished by a pleasant romantic atmosphere and live … Read more

Valencia
Tapelia restaurant is the best place in the city to eat paella. It can also be called the most romantic dining facility of Valencia. Here this popular national dish is represented in more than twenty different varieties. Fans of simple food are welcome to order classic paella, and gourmets will surely like paella with venison – a signature dish, the recipe of which is kept in secret. In the evening the restaurant amazes its guests by romantic atmosphere. Nice music never stops playing in … Read more

Salou
Another popular dish is considered to be stewed pork named cap-i-pota. The treat is commonly served with hot white bread. Tourists should also focus on wines of local production which are chosen mainly as a perfect alternative to memorable gifts and souvenirs. Many of the local restaurants possess their own wine cellars and offer their visitors an excellent wine list to complement any meal. One of the eating houses of the kind is the La Palmera restaurant. Its menu offers the most wanted ethnic … Read more

Lloret de Mar
The most popular treats of Catalonian cuisine are served to the visitors of the classy restaurant La Parilla. The place has earned the recognition of the visitors due to not only the perfect quality and taste of the treats but also due to the attractive pricing. The menu of la Prilla restaurant offers the dishes for prudent visitors and for those who has a strong desire to indulge in the most exotic delicacies. Among the restaurants of Italian cuisine one will surely set apart the place Can … Read more