Fun and festivities in Spain - celebrations, festivals and cultural events 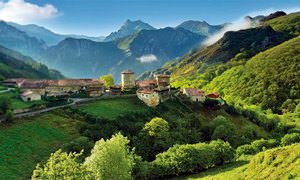 Hundreds of different festivals take place in Spain every year. Spaniards know a lot about arranging amazing and unique holidays. Locals are keen on having fun. One of the most unusual festivals is La Tomatina, held in the town of Bunol, 40 km from Valencia. After the special signal from the Town Hall, a real battle begins in the streets. Participants throw ripe tomatoes in each other. In total, about 100 tons of tomatoes are consumed during the holiday. The event ends with folk festivities, dances, and fireworks. In the city of Ibi, a similar festival is held before the New Year. Armed with eggs and flour, local residents go to the streets. Participants are divided into two groups. One of them attacks the city, and the second defends it. On this day, a real chaos and strange, comic laws reign on the street.
Top architectural sights of Spain
Monuments and architectural objects, notable for the history and culture of the country. …
Read further
The Spanish bullfight is widely known all over the world. In Pamplona, ​​the center of the bullfight, the most extreme festival in the world is taking place. That's the run with the Sanfermin bulls. The holiday is one of the oldest in the country. Races are held from around the 13th century. On the morning of July, 6, 12 furious bulls are released into the streets of the city. The main and only task of the participant is to run 850 meters along with animals. Not everyone can overcome the distance, as it is an incredibly traumatic activity. However, it annually attracts to the city millions of people. In Tarragona, there is an entertaining, but much less dangerous competition - the castellas. Thousands of travelers come to the city in order to build a tower of people. The towers look incredibly impressive and can have up to 10 levels.
Spaniards are deeply religious people, and therefore religious holidays are treated with great honor here. One of the most iconic spiritual events is the Semana Santa or Holy Week. The solemn procession takes place on the Passion Week on the eve of Easter. Sculptural compositions or Pasos, depicting different religious subjects, are taken outdoors. Pasos are huge; they feature very lavish design, which makes the costumed procession incredibly spectacular. In the capital of Andalusia, Seville, the St. Anne's Day in July is celebrated with a grand scale. A large number of outdoor terraces open to the city. Sitting at a table, you can enjoy traditional music or dances. Before the start of Lent,  Carnestoltes carnival is held in Barcelona. It starts on Fat Thursday and lasts until Sunday. The holiday ends with the burning of the Carnival King. Copyright www.orangesmile.com
Spain sightseeing - top places to visit
Spain is famous not only for its rich historic heritage, but also for great choice of entertainment and unparalleled atmosphere of hospitality. …
Read further
These days, Valencia welcomes no less beautiful holiday, the festival of Fire. A ritual procession bring flowers to the Cathedral of the Holy Virgin Mary. A huge panel of bouquets is made. After that, the holiday begins. Two weeks after Easter,  a large agricultural fair takes place in Seville. It turns a city into a real celebration of Andalusian culture. The famous flamenco music sounds all nights long. Dancers wearing national costumes come out to the streets; sounds of castanets are heard everywhere. A corrida, which gathers the mightiest matadors of the world, takes place these days. Barcelona celebrates the day of San Jordi on April, 23. A theatrical battle with dragons is performed on the streets. After that, it is customary to give bouquets of red roses to all women, whether you know them or not. 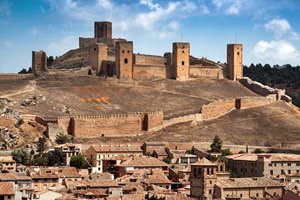 Unlike other holidays, Christmas in Spain is celebrated at home, in a narrow family circle. Spaniards always cook a festive duck, seafood, and sweets. After the family feast, they leave the house and gather at the Christmas tree, where they have fun all night long. At this time, Papa Noel comes to the house and leaves gifts under the tree or in special shoes. In the Basque country, children are congratulated by another character, Olentzero, who is dressed in simple homespun clothes and carries a flask with red wine. It is customary to meet New Year on the main square of the city. You need to eat 12 grapes and make 12 wishes while the clock is striking twelve. After the New Year celebration, families go home and sit down at the festive table. 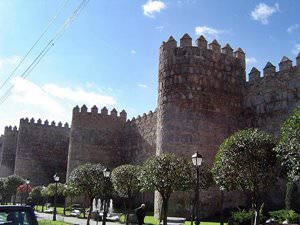 The charming city of Avila is located in the vicinity of Madrid. It is also a world heritage site. It is famous for its rich history and variety of attractions. The very first settlement was founded on the site of the modern city in the era of the Roman Empire. The history of the city is inextricably linked with the name of Saint Teresa of Avila. She dedicated 27 years of her life to serving in a Carmelite monastery.

You can discover priceless historical sites at every turn while walking around the city. They form the unique appearance of the city. One of the oldest structures is the fortress wall. Its construction began in the 11th century. The huge wall had 88 towers at the time of completion. Nine gates served as the entrance to the city. These fortifications are perfectly preserved … Read all 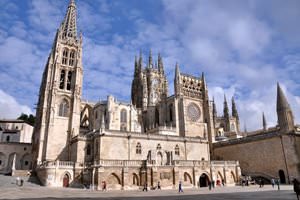 The beautiful Burgos Cathedral is considered one of the most important architectural attractions in Spain. It was founded in 1221. It is a striking example of classic Spanish Gothic. The construction of this magnificent cathedral began by order of King Ferdinand III. A new Gothic cathedral was built on the site of an earlier one. The old cathedral was almost destroyed by the beginning of the 13th century. The construction of the cathedral lasted more than 300 years. Its spire was not fully completed until 1567.

The facade of the building was completed in the 13th century. It has remained almost unchanged since then. The richly decorated facade is one of the main features of the cathedral. You can view dozens of sculptures of various themes on it. A huge rose window is located in the … Read all
All unique sightseeing Spain

Attractions and entertainment in top cities of Spain

Barcelona
Those visitors, who want to relax either on daytime or at night, should visit the city’s clubs, the most popular of which are Sabor Cubano, Sidecar, Torres de Avila, Marsella and Bar Pastis. Incredible parties took place there every night. Visitors will be also able to see amazing concerts and dance lessons. Elephant night club is the favorite place of rest for the so-called "golden youth". This club is opened in one of the luxurious mansions. It often hosts performances of famous musicians … Read more

Madrid
Vacationers with children will spend a great day if they decide to visit the amusement park “Amusement parks”, which was opened in 1969. Here small visitors can ride a pony and relax in game rooms, and fans of thrills will enjoy local attractions and slides. Adults also will not be bored here as they can relax in one of the park’s outdoor cafes. Madrid is rich in numerous sport centers. de Tenis Chamartin is considered the most prestigious tennis club, and golf fans will be able to join … Read more

Benidorm
Fans of nightlife will be surely pleased to visit the local clubs. Infinity is considered one of the most popular clubs of the city. It attracts visitors by its rich entertainment program, unique "star parties" and a huge selection of treats and drinks. The club is located near a beach, so visitors can leave it at any moment and go to the beach even at night. In The Club-it music and dancing do not stop until dawn. Here guests are welcome to try signature cocktails. Energetic parties take place … Read more

Granada
Fans of nightlife will be pleasantly surprised at a large selection of clubs and discos, and fans of modern music and dancing should not forget to visit Granada Diez Disco. To the service of guests are a huge colorful dance floor and a stylish bar with lots of food and signature drinks. The music program of the institution is very diverse, so you can meet most diverse audience here. Tourists who want to relax in a tranquil and secluded atmosphere are recommended to visit El Eshavira Night Bar. … Read more

Valencia
When it comes to describing open air markets, we simply cannot fail to mention the famous Mercado Central. On weekends the market attracts numerous buyers from all neighborhoods and districts of Valencia. They come there to purchase fresh fruits and vegetables, finest seafood and wine. You will find colorful souvenir shops right at every step. Travellers usually like purchasing such memorable souvenirs as ceramic figurines and pottery, which are produced at the local Liadro factory. There is a … Read more

Salou
The Llarga beach is embraced with wild woods. It is one of the few nature areas which have preserved amazing natural charm and virginity. Another popular beach destination among tourists is the Cala de la Font beach which is located in a scenic bay. To enliven beach leisure tourists may visit the Port Aventura theme park being one of the most popular amusement destinations of the resort. Plenty of attractions and entertainments will amaze as the youngest visitors of the park so the adults. The … Read more

Lloret de Mar
Travelers with kids are recommended to visit an entertaining center named Gnomo Park. The center is specially equipped for the youngest travelers. Local restaurants offer rich menu for kids that is why the youngest guests have a chance to restore and to gain strength for further engaging adventures. The central part of the city is an area of highest attraction for shop addicts. The city center accumulates the most popular markets and malls. The major part of the central streets is closed for … Read more

Map of fun in Spain