Sightseeing in Benidorm - what to see. Complete travel guide 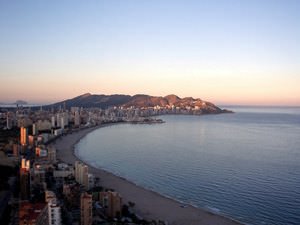 Pay your attention to the fact Benidorm is often called Spanish Manhattan. This town is located on the coast not far from Denia. The population of the town estimates over 67 thousand of people. Sure in summer the number of people residing here increases greatly. Such popularity is possible because of the combination of several facts, such as multiple historical and cultural sights, casinos, night clubs and many other entertainments that traditionally attract the attention of visitors of this magnificent Spanish resort.
Cuisine of Benidorm for gourmet with top restaurants and cafe
Benidorm will surely please its guests by widest choice of attractive restaurants and cafes. As a rule, almost every gastronomic facility can surprise its visitors with the widest choice of …

Open
The territory of the town is home to many skyscrapers. Among them we should underline “Grand Bali” hotel that is also known as the highest building in whole Spain. The popularity of the town is so high that Benidorm is often referred to as the tourist capital of Costa Blanka.
Fantastic climate, modern buildings, fascinating and stylish luxury hotels and resorts, amazingly white sand on clean beaches – all these factors make Benidorm unbelievably attractive in the eyes of tourists, making them visit this place again and again. Copyright www.orangesmile.com
Authentic traditions, festivals and lifestyle of Benidorm inhabitants
The best time to visit Benidorm is certainly during the period of national holidays. Every celebration here is accompanied by an interesting entertainment program. Many holidays have very …

Open
This town is also famous for a huge park of water attractions named Aqualandia. Another park, Mundomar, is located nearby. There you will surely find large number of magnificent and exotic marine animals. 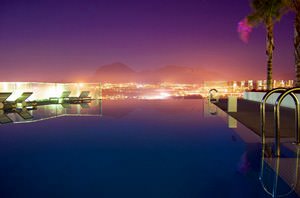 Despite the fact that the main attractive feature of Benidorm is considered to be its beaches, in the city there are many interesting historical sites. At the top of the cape is "Balcony of the Mediterranean" - a viewing platform with a balustrade known to the whole world, which offers a great view of the city and coast. A few hundred years ago on the site of the observation deck was a large fort, which over the years has been completely destroyed. Today it is resembled by just a few preserved ancient cannons.
Excursion over cultural sights of Benidorm - 'must visit' points of interest
Benidorm will attract not only fans of beach rest, but also fans of exciting excursions. Its territory is the location of a huge number of historical monuments. Here are opened numerous …

Open
It will be very interesting to walk along the top of the Kanfali hill, where the ancient St. Jume Church is present. Built in the 18th century, this church is a vivid example of neoclassic style. It is decorated with some unusual deep blue domes, which are visible from many parts of the city. 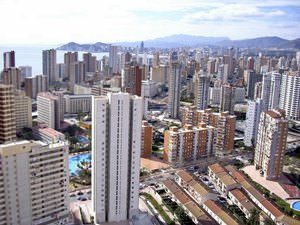 Right in the city there are several important archaeological areas, including the ruins of the ancient settlement of Tossal de Cala. Ruins of the tower Torre Morales, which in the 16th century was part of a complex of fortifications, is also considered an important landmark.
Your active city break in Benidorm. Attractions, recreation and entertainment - best places to spend your day and night here
Benidorm offers its guests to visit numerous theme parks, entertainment centers, nightclubs and restaurants for any taste. The city is perfect for family rest because the local amusement …

Open
Many unique attractions are concentrated in the vicinity of Benidorm, amongst the tourists, a trip to the nearby village of Guadalest is very popular. It is quite small, there are about 200 people living in this village. Here a unique 11th-century preserved castle sits on top of a hill, also you can see a beautiful mountain lake and stroll through untouched forests. 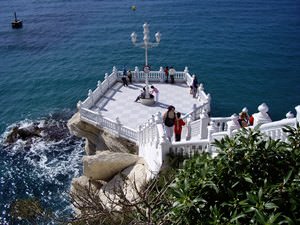 For those fond of walks to historical places it will be interesting to visit the castle of Count Alfassa, just a few minutes' drive separates it from Benidorm. Several years ago, the castle was converted into a cultural centre, every day for the tourists there are interesting musical and theatrical performances. Mandatory part of such entertainment is the dinner, during which the visitors of the castle are offered to try most popular national dishes.
Advices to travellers: what you should know while being in Benidorm
1. The majority of shops in Benidorm are open from 10:00 to 21:00. Some shopping centers may be closed during a working day for a lunch break. Fans of shopping should keep in mind that in …

Open
If you don’t want to go far away from the city, you can take a walk through the streets of Old Town. Interesting sights are to be found everywhere, the historic area has many attractive restaurants, craft shops and souvenir shops. 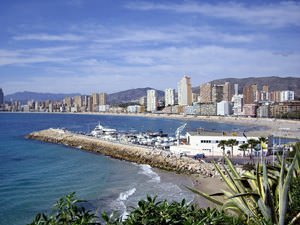 In the modern area of ​​Benidorm, one of the most popular places for walking remains promenade Paseo Maritimo, it has a rather unusual two-tier structure. On the waterfront are plenty of comfortable benches, and next to it is the variety of restaurants, cafes and entertainment venues.
Extraordinary weekend in Benidorm - unusual places, services and attractions for travel gourmet
What a popular resort in Spain is associated with? Surely, you can mention beaches, shining skyscrapers, many discos and nightclubs. However, you mightn’t think about bikers, cacti and …

Open
One of the busiest places in the New Town area is the Plaza de Toros. Here is a traditional for Spanish towns arena for bullfighting; also a few years ago ​​the amusement park was opened on this square, which is very popular among tourists with children and adult travellers.

This guide to iconic landmarks and sights of Benidorm is protected by the copyright law. You can re-publish this content with mandatory attribution: direct and active hyperlink to www.orangesmile.com.
Benidorm - guide chapters 1 2 3 4 5 6 7 8 9 10 11 12 13

National and city parks around Benidorm
♥   Natural Park 'Serra Gelada' , 7.1 km from the center. On the map

Sights around Benidorm from our guide 'Extreme places on Earth' 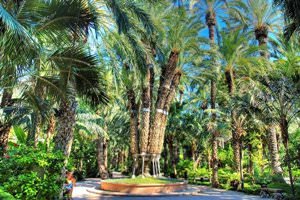 Distance from Benidorm center - 58.3 km.
Fish and turtles live in local ponds. The palm forest is home to dozens of species of birds and rare insects. In total, there are about 11,000 date palms in the forest. The largest of them weighs about 10 tons. This palm tree is 165 years old. It has become a real local attraction. In addition to palm trees, many other ornamental plants and flowers are planted on the territory of the grove. You can even see rare cactus species here. … Read further

Search touristic sites on the map of Benidorm

Sightseeing in regions nearby Benidorm

Alicante
You can start your acquaintance with this city from Iglesia de Santa Maria church. It was built in 15th-16th centuries and features a splendid example of gothic architecture. The church is built on the place of ancient mosque and reminds of the victory in the battle against Moors, who have ruled the city for a long time. Wonderful valleys and public gardens have been created ... Open »
Valencia
On the territory of almost any hotel in Valencia there is a spacious beach, sports areas and restaurants. Visitors can try scuba diving, ride water ski or try to sail on a yacht on azure waves. You will find 18 new golf fields in Valencia, several tennis courts and a hippodrome. People, who enjoy active rest, will definitely like excursions on picturesque suburbs, climbing ... Open »
Murcia
Today this is a real city of contrasts: near desert areas you can see lush orchards and old houses border with ultra-modern buildings. The resort is perfect for those visitors, who like relaxing beach rest and unhurried walks. Beaches here are clean and spacious, and each of them will certainly have several restaurants and bars. Cozy squares that can be found throughout the ... Open »
La Palma
There are many mountains on the island. The highest point of the island is Roque de los Muchachos peak, which height estimates 2387 meters. The northern part of the island is the location of cherry laurel forests that grow 500-1500 meters above the sea level. These are the only remaining forests of laurel cherry that once covered all southern part of Europe. Los Tilos and ... Open »
Alcala del Jucar
In winter, namely, on February 3rd, Alcala del Jucar hosts another interesting celebration – San Blas. This is the time when local people organize a trade fair dedicated to selling livestock. Visitors can also look at fabulous stallions that are also available for sale. Local farmers bring their fruit and vegetables closer to noon. During the trade fair, visitors can sample ... Open »
Formentera
There are several hotels and resorts on the island. However, they are not able to accept all tourists, so many people prefer to live in hotels in Ibiza and come to Formentera to enjoy beach rest. Despite the fact that this town is very small, you will find here several attractions in addition to wonderful beaches. The central square is the location of the church built in the ... Open »

All about Benidorm, Spain - sightseeings, attractions, touristic spots, architecture, history, culture and cuisine. Prepare your trip together with OrangeSmile.com - find out the 'must see' things in Benidorm, which places to visit, which excursions to take, where the breathtaking views are waiting for you. Planning your trip with this travel guide will help your to get the most out of Benidorm in few days.