Sightseeing in A Coruna - what to see. Complete travel guide 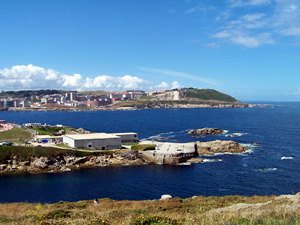 La Coruna is a large resort in Spain and a city with rich history. It is located on north-east of the country. The population of the city estimated 246 thousands of inhabitants in 2009. La Coruna is considered the richest region of Galicia – an autonomic community of Spain.
Shopping in A Coruna - main shopping streets, outlets and boutiques
A unique Huellas store specializing in inexpensive women's shoes is available to ladies in La Coruna. The cost of a pair of summer shoes here starts from 5 euros, and for 9 euros, you'll be …

The city features wide selection of architectural sights. Among them is a lighthouse built in the Roman Empire times. The lighthouse is still working. There are also several Roman Churches in La Coruna. Tourists also like observing facades of houses in this city as many of them have fully glassed balconies.
Among the sights of this place are the square of Old City, Santa Maria Church, Santiago Church, San Francisco Church and Santo Domingo Church. Don’t forget to visit Archeological Museum, where you can look at a rich collection of Celtic jewelry. Fine Arts Museum exhibits a collection of pictures that include the works of such famous masters as Velasquez, Goya, Rubens, Tintoretto, Veronese and Van Dyck. Copyright www.orangesmile.com
Family holidays with kids in A Coruna. How to entertain your child, things to show to children.
Family holidays in the Spanish city of La Coruna will be a wonderful pastime. Here you can do everything that your heart desires - active leisure (beach sports, swimming, visiting …

Open
The lighthouse named “Hercules” is the oldest lighthouse in whole Europe. It was built yet by people of ancient Rome. The small island in front of the city’s center features another sight – Castillo de San Anton. Centuries ago the castle was used for protecting the city from the waterfront. Today the castle stores the exhibition of the Museum of History and Archeology. 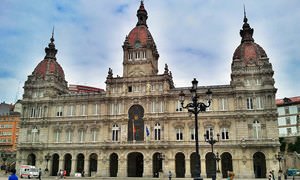 The world famous landmark is the Santiago de Compostela Cathedral. It began to be built in 1075. The construction of the cathedral continued until 1211. The construction involved the most famous architects. Today the cathedral is known to the whole world precisely because of its unique architecture. Its interior design is also distinguished by luxury, and pilgrims are attracted to this cathedral by religious relics. It stores the relics of St. James. Every year, thousands of people come from all over the world to worship this holy place.
Cuisine of A Coruna for gourmet with top restaurants and cafe
Speaking of the most attractive gastronomic establishments of La Coruna, first of all, it’s worth to mention the Artabria restaurant. This beautiful upscale restaurant offers its …

Open
Fans of fascinating excursions should definitely visit the Museum of the Eugenio Granell Foundation. This museum houses one of the largest collections of artworks in the world in the style of surrealism. The founder of this museum is the well-known local artist Eugenio Granell, who recently appealed to the mayor's office, with a request to be allocated the building for the storage of his extensive collection. The city authorities decided to place the museum in the beautiful old mansion. It received its first visitors in 1995. Now the museum has not only beautiful paintings, but also a very interesting collection of books. 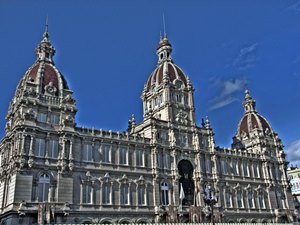 An intriguing historical site is the Monastery of Santo Domingo, located on the square with the same name. The impressive building of the monastery was built in the 18th century. Since then, it has remained practically unchanged. Today, one of the colleges is located on the territory of the monastery. Tourists can freely walk through the territory of the monastery, and admire the ancient fountains and sculptures preserved here.
Authentic traditions, festivals and lifestyle of A Coruna inhabitants
One of the main features of La Coruna is locals’ friendly and welcoming attitude to visitors. They are always happy to talk to foreign travelers and treat those who are interested in …

Open
In La Coruna, vacationers with children will be interested to visit the Domus Museum. This interactive museum is devoted to human anatomy. Not only children, but also adults will be able to learn a lot of interesting things after its visit. In its walls, there are many amazing exhibits, for example, huge mock-ups of some genes. The museum is located in a beautiful modern building, which in itself is an outstanding landmark. 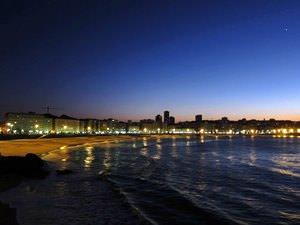 While walking through the city, you can see many beautiful historical buildings. An outstanding architectural monument is the house of Jesus Fernandez. The author of the project of this unusual building in eclectic style is the famous native of the city - the architect Pedro Marinho and Ortega. The building was constructed in 1927 and remains unchanged for almost a hundred years.

This guide to iconic landmarks and sights of A Coruna is protected by the copyright law. You can re-publish this content with mandatory attribution: direct and active hyperlink to www.orangesmile.com.
A Coruna - guide chapters 1 2 3 4 5 6 7 8 9

National and city parks around A Coruna
♥   Cave 'Cova dels Vells' , 7.4 km from the center. On the map

Sights around A Coruna from our guide 'Extreme places on Earth' 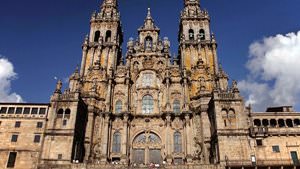 Distance from A Coruna center - 56.7 km.
Several ancient monasteries are also preserved in the city. San Martin Pinario deserves special attention. It was founded in the 16th century. The monastery occupies a magnificent building. The School of Theology has been working here for the last few years. The hotel for pilgrims is open in the monastery in the summer. Absolutely everyone can spend a few days in it. The ancient monastery of Santo Domingo de Bonaval is also of great historical value. A gorgeous park with an area of 37 000 square meters surrounds it. … Read further 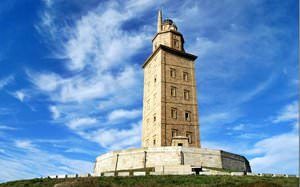 Distance from A Coruna center - 2 km.
Hercules decided to build a tower on the peninsula after he finally defeated his enemy. He brought people from Galatia here after that. They founded the first city near the peninsula afterward. The ancient lighthouse has irrevocably lost some of its original design elements over hundreds of years of existence. Its first wooden staircase was replaced with a stone one. The fourth floor was added to the lighthouse in the late 18th century. It increased its height by 21 meters. Some elements have been preserved after almost 2,000 years. The granite walls of the lighthouse are among them. Their thickness is more than two meters. … Read further

Search touristic sites on the map of A Coruna

Sightseeing in regions nearby A Coruna

Santiago de Compostela
Santiago de Compostela is a city of the World pilgrimage. This is the so called third center of Christianity. Pilgrims from different parts of the world try to cross France in order to get to this beautiful town with ancient architecture. They also try to see the magnificent cathedral and amazing historical medieval buildings surrounding it - ancient houses, castles, and ... Open »
Galicia
Lugo cherishes monuments of medieval architecture; the town is surrounded by walls built during reign of the Roman Empire. Pontevedra that is the second most important town after the capital can boast a variety of historical sites. Fans of ecotourism are advised to go to the Rias Altas, as the most beautiful beaches of the province and several pretty fishing villages are ... Open »
Ourense
Not far away from the cathedral begins the so-called "street of bars", by walking on which you will reach the largest gallery of the city - Klaustro de San Francisco. Here regularly take place numerous exhibitions, and so you can see works by contemporary painters and photographers. One of the most beautiful squares of the city called Plaza do Ferro is located just nearby. ... Open »
Vigo
Vigo is a port city located not far from the mouth of the river that has the same name as the city. This is a large industrial and tourist center. Here you will find various types of rest. The choice of options is really wide and this is defined by the unique climatic conditions of the region. Cold winds of the Atlantics are stopped by Islas Cies, so nothing prevents the ... Open »
Braga
Apart from historical sites, such as numerous temples and cathedrals, we suggest visiting museums and exhibition halls as among them there are some really interesting ones. You should definitely consider visiting Biscainhos Museum, the Museum of Pius XII, the Nogueira da Silva Museum, and the local photo exhibition. Here you will see large collections of ceramics and china, ... Open »
Oviedo
After trying all culinary delicacies it’s time to go for a walk along main shopping streets. The Cathedral Square is the location of best shops and outlets; here you will find jewelry, unique Asturias pottery and leather goods. In souvenir shops of Oviedo you will find the most popular mascots, which are called ciguas by the locals. These are small crafts made of agate, ... Open »

All about A Coruna, Spain - sightseeings, attractions, touristic spots, architecture, history, culture and cuisine. Prepare your trip together with OrangeSmile.com - find out the 'must see' things in A Coruna, which places to visit, which excursions to take, where the breathtaking views are waiting for you. Planning your trip with this travel guide will help your to get the most out of A Coruna in few days.