Detailed hi-res maps of Mestre for download or print 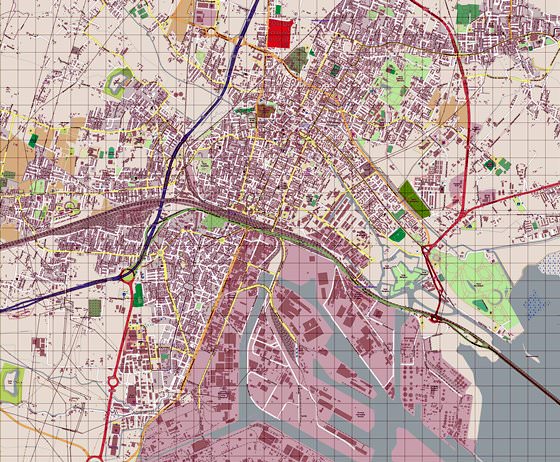 The actual dimensions of the Mestre map are 3426 X 2829 pixels, file size (in bytes) - 2553606. You can open this downloadable and printable map of Mestre by clicking on the map itself or via this link: Open the map. 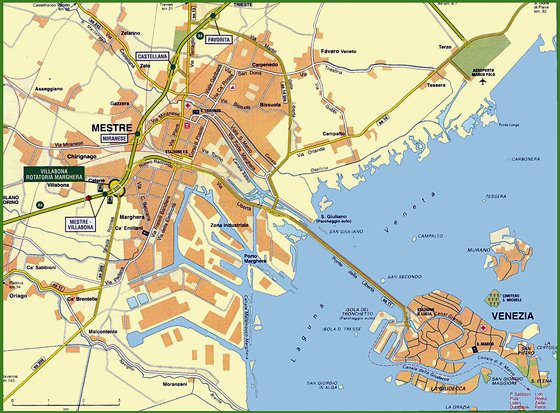 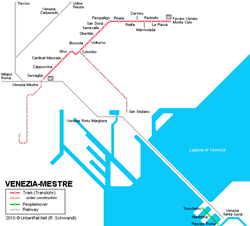 Search for services, infrastructure and sights on map of Mestre

Our guide chapters over Mestre

Among the popular restaurants of ethnic cuisine the Tavernetta A Scuea restaurant is best worth attention. Tables need to be booked in few days’ advance. By its decoration and look the restaurant resembles a traditional tavern or porter house similar to those existing on this place several centuries ago. The Da Tura Hotel Bologna Stazione restaurant invites guests to try dainty delicacies and specialities. … Open

Traditions and mentality of Mestre

During the Christmas holidays in Mestre, you can buy wonderful carnival costumes and masks. According to the old tradition, locals give preference to red outfits and accessories. They believe that this color can attract good luck and love. Among the unusual New Year traditions that local residents continue to observe is throwing out old unnecessary things on New Year's Eve. They are thrown right out of the windows, … Open

In the historic area of ​​Mestre is the Church of St. Lorenz. It was built in the 17th century and perfectly preserved to our days. Year after year, the locals restored the church, now it is a real warehouse of religious artifacts. The age of all the relics represented within the walls of the church is more than a hundred years. The very design of the church is of great historical and artistic value. On one … Open

Mestre for children - what to visit

Polisportiva Terraglio is another wonderful center ideal for visiting with kids in Mestre. The smallest kids who are not yet 2 years old will find things to do - a special pool is equipped especially for them. Therapeutic pools are available for visitors too. If the above centers do not seem to be enough, it's worth checking out La Grotta, which is only open in summer, as this is an outdoor complex. The pool area … Open

5. Tourists should keep in mind that most gastronomy establishments are closed from 15.00 till 19.00. Tourists should dinner in advance in this case. Many upscale restaurants serve supper not earlier than 20.00. 6. Restaurants and cafes welcome tips the amount of which depends on the class and level of the establishment. In restaurants tips commonly equal to 10-15% of the total sum of the bill. … Open

Venice boasts plenty of natural attractions where you can relax under the shade of trees, having tired of the seemingly omnipresent heat. Parco San Giuliano is popular not only among those wishing to walk through the picturesque scenery but also among adherents of a healthy lifestyle - here you can often see cyclists and joggers. You can always follow their example, especially since it is quite easy - bike rentals … Open