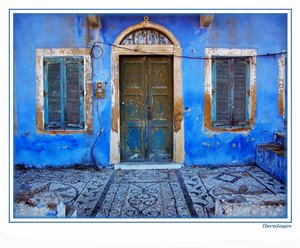 In the city of Lakkion, which was built by the Italians shortly before the outbreak of World War II, you can see several interesting objects. For example, the church of St. Nicholas, built as a Catholic church, but now an Orthodox church, or the beautiful church of Agios Theologos, which many consider one of the most beautiful in the entire archipelago. Here, incidentally, are stored and icons of the 11th century. The churches of St. Spyridon, St. George, and St. Zacharias are also worth a look.
Family holidays with kids in Leros Island. How to entertain your child, things to show to children.
Many monuments of history and architecture of different periods, untouched natural beauty, and a rich choice of options for active pastime – that's what Leros is. The island is not too …

Open
Perhaps the most interesting attraction of Lakkion is in the Merikia suburbs. It is where the Military Museum is located. The place was not chosen by chance: during World War II, the Italian naval base was located in its place. The exposition presented in the museum will be interesting and fascinating for those who like history and for those who just want to expand their horizons. Not far from the building of the museum you can see the ruins of the ancient acropolis, with which the modern chapel harmoniously coexist.
In Platanos, there is Castle Castro, built on one of the hills at two hundred meters above sea level. On the way to the castle, you can see a number of restored old windmills. In one of them, accessible to anyone who wants to visit, the working mill mechanism was completely recreated. On the territory of Castro, there is the church of Panagia-tu-Castro, built in the Middle Ages. It is interesting not only for its look but also for a small exposition of various cult objects of the past years. Copyright www.orangesmile.com
Cuisine of Leros Island for gourmet with top restaurants and cafe
There are many taverns, cafes, and restaurants in Leros. If you want to enjoy the local cuisine in its original form, without any changes to please the tourists, you should, first of all, …

Open
In the city of Agia Marina, in which Platanos flows smoothly, one can see the Archaeological Museum, the largest on the island, which exposition tells about the local life since the time of the first settlers to our days. If you take into account all the wealth of the history of the island, it becomes clear why the museum exhibited such a large number of finds. Agia Marina itself is the brightest illustration to the period of Italian domination in Leros – truly Latin buildings coexist here with the examples of the Greek architecture. 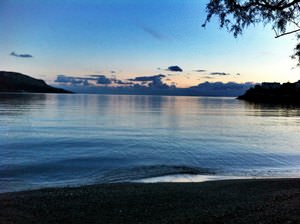 Not far from the coastal Agia Marina there is Alinda, the most modern resort of the island. Here, too, there is something to see. The most interesting building in the town is the Belenia mansion, which was built in 1925. At the moment, the completely restored building resembles an ancient fortress with two asymmetrical towers on the sides. The mansion is not only interesting for its architectural solutions of the beginning of the last century, but also for the museums of press and ethnography, as well as the art gallery, located within its walls. There is also a fairly large exposition devoted to the battle for the island in 1943. At the edge of the city, you can see the memorial military cemetery.
Authentic traditions, festivals and lifestyle of Leros Island inhabitants
The Greeks are quite straightforward and sincere in communication. They are emotional, they can touch the interlocutor during a conversation, raise their voice, suddenly start humming …

Open
A few kilometers from Alinda there is one of the oldest local attractions – the ruins of the temple of Artemis. The ancient Greeks believed that the goddess of hunting was very fond of Leros and patronized the island. In the temple, according to the legend, lived the guinea fowls – the bewitched sisters of the hero Meleager. Unfortunately, the temple was badly affected by the time and actions of the island's inhabitants – its stones, for example, were used to build the church of St. George in the 19th century. 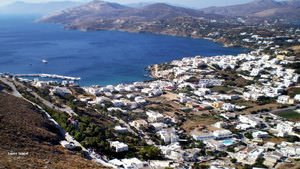 Near Partheni you can see an old military base. However, many advise to go there not so much to see the base itself, but for the sake of the chapel of Agia-Kiura. Constructed by the hands of political prisoners, it is completely unattractive outside, but inside is stunningly beautiful and emotionally painted. Officially, the church does not recognize this painting because of the deviation from the generally accepted canons, but the state protects the frescoes as part of the cultural and historical heritage.

In the section below, you can get one of our excursion, activities or city discovery tours over Leros Island and surroundings. Our website offers 10-30% lower ticket prices, when compared to the offline purchase on the spot.

This guide to cultural sights Leros Island is protected by the copyright law. You can re-publish this content with mandatory attribution: direct and active hyperlink to www.orangesmile.com.
Leros Island - guide chapters 1 2 3 4 5 6 7 8 9
Car rental on OrangeSmile.com

Excursions over cultural sights of neighbours of Leros Island

Kalymnos Island
Kalymnos has a very rich history. Scientists believe that it was inhabited in ancient times. The first people who inhabited the island were the Carians. Kalymnos came under the influence of the neighbouring Kos Island and was dependent on him. Later it was inhabited by Byzantines, Venetians, Hospitallers, Turks and Italians. There is still evidence of these different cultures ... Open »
Patmos Island
The ancient Acropolis can be found in the archaeological park of Kastelli Patmos. It is located on the outskirts of the capital of Patmos. In addition to the Acropolis, you can see here the ruins of several temples and other buildings of the ancient Greeks and Romans. The entrance to the park is free. Acropolis can be seen in the village of Skala. It was created by the hands ... Open »
Kos Island
Antimachia fortress is the proof of the short-lived dominion of the Venetians on the island. Built in the 13th century, later it was fortified with Johannites, and after the capture of the island by the Turks, it served as a refuge for the local residents until the 18th century. Almost all the fortifications here are concentrated on the north side. Inside those strong walls ... Open »
Kos
Another important attraction is Agora, a historical region where ruins of buildings of different eras have preserved. Here you can see the surviving fragments of ancient Greek temples, ruins of prehistoric forums and beautiful mosaics, as well as fragments of the Christian basilica built in the 5th century. Agora is not the only monument of ancient times; visitors should ... Open »
Bodrum
Bodrum is a picturesque city, the history of which started more than two thousand years ago. In the territory of the city you will find numerous unique prehistoric places of interest that never cease to attract curious travelers from around the world. The local mausoleum is a striking monument of antiquity. Here historians and archaeologists have found a great number of ... Open »
Samos Island
However, there is a great exposition in the Natural History Museum. Those, who are fond of ancient times should visit the paleontological museum of Mytilene. You can go to Ireon and see the archaeological excavations in the open air, which are located near the local airport. This place is also famous for an Ireo column, which can be found on every guide-book cover. Samos ... Open »

Culture guide to Leros Island. Which fascinating sights to visit once you are in Leros Island: temples, churches, museums, theaters and castles. Recommendations (with addresses, phone numbers and links) on the places 'must visit' in Leros Island. Plan your own city excursion by using this page info!