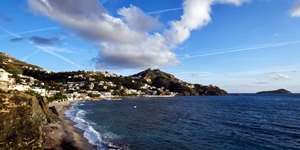 Kalymnos is an ideal place for active tourists. The island is incredibly popular among climbers from all over the world. There are hundreds of climbing routes on the island. They are all of different difficulty. The Climbing Festival is held here twice a year. Its participants arrange masterclasses and share the experience with each other. Not only experienced sportsmen come here. If you want to learn anything from scratch, be sure to come to this event.
Authentic traditions, festivals and lifestyle of Kalymnos Island inhabitants
While communicating with Greeks, remember that they are emotional people and can easily interrupt each other and raise their voice even during a dialogue with close people. Locals touch …

Open
The island is also popular among divers. Picturesque underwater landscapes, different species of flora and fauna attract a lot of people to Kalymnos. Moreover, you can rent all the necessary equipment at a low price. What's interesting, the only Greek diving school is located on Kalymnos. You can learn all the subtleties of scuba diving in the state school. Don’t miss the chance to dive where sponges grow, which have been important for the Greek economy for several centuries.
Locals share the secrets of sponge fishing, so you can try your hand at this activity. Fishing in the open sea is also popular on Kalymnos. However, you can fish from the shore, but open sea fishing gives unforgettable emotions and experience. You don’t have to you’re your equipment, you can rent it in the port and all the large settlements of the island. Copyright www.orangesmile.com
Excursion over cultural sights of Kalymnos Island - 'must visit' points of interest
Kalymnos has a very rich history. Scientists believe that it was inhabited in ancient times. The first people who inhabited the island were the Carians. Kalymnos came under the influence of …

Open
Do you want to admire the fauna of the Aegean sea but there is no desire to try diving? So, look for a secluded place on the island, buy or rent a mask and a snorkel and go snorkelling. You don’t have to learn anything and good visibility gives you a chance to see different fish species. You can swim on Agios Petros or Emborios which are usually not crowded by tourists. Arginoda is a very picturesque beach. Massouri will be perfect for sportsmen, there are several sports grounds on its territory. 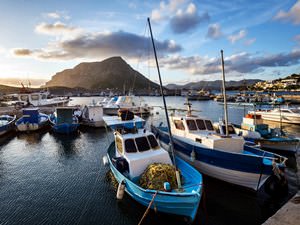 Small boats depart from Massouri. You can go on an excursion around Kalymnos or go to nearby Nera, Telendos and Pserimos. Pserimos is perfect for those who love picturesque and secluded beaches. Uninhabited Nara is famous for its virgin nature and Telendos has a small Greek village, ruins of the Roman settlement and the Basilica of Agios Vasilios. It is the best preserved Christian Basilica in both Telendos and Kalymnos. You should definitely rent a boat and go around the shore of Kalymnos. You will admire amazing views and swim in small bays where you can get only by sea.
Best beaches and recreation areas around Kalymnos Island
Guests of Kalymnos won’t have problems with selecting a suitable place for beach vacations, as the coast of the island is incredibly beautiful and attractive. The gorgeous beach can be …

Open
There are several picturesque caves on the island. Local caves have a cult value, so it will be interesting for all people to visit them. Be sure to visit The Epta Parthenon (Seven Virgins) cave which is located near Pothia. It was named after the legendary seven virgins who hid into the cave in an attempt to escape from a pirate attack, but they never returned back to their castle. Various archaeological findings were discovered here. Don’t miss the chance to walk to Daskalio Cave and Stimenia Cave. Walking on Daskalio is a perfect time spending. The island is beautiful itself and you can see the monuments of ancient history. If you want you can even go on a camping trip for several days and visit all the attractions and local villages with old customs and traditions.

This guide on active recreation and leisure in Kalymnos Island is protected by the copyright law. You can re-publish this content with mandatory attribution: direct and active hyperlink to www.orangesmile.com.
Kalymnos Island - guide chapters 1 2 3 4 5 6 7 8 9

Sites around Kalymnos Island from our surveys on extreme Earth places

Distance from Kalymnos Island center - 41.9 km.
The Mausoleum at Halicarnassus is the fifth wonder of the world. Its history is closely linked with the history of the temple of Artemis at Ephesus. It was built simultaneously with the second temple of Artemis, which was being rapidly restored after the fire. The building was constructed in an era when Caria was ruled by King Mausolus, so it was named after current ruler. King Mausolus was known for his tough-minded and inflexible nature. During his reign, the city of Halicarnassus was declared the capital of Caria. … Read further

Leros Island
However, even if you do not want to fish, it's worth to rent a boat anyway: Leros looks amazing from the sea and shows its new sides to the travelers. If you want, you can also go to the neighboring islands. For example, to Marathi. Only three people live there constantly, but at the same time, there are two taverns on the island, and a small hotel, and a bar. You can find ... Open »
Kos
For many centuries, the island has been home to preservers of an ancient skill, catchers of marine sponges. Locals are ready to share their talents and teach everyone to catch marine inhabitants; this entertainment has become one of the most favorite among travelers. Fans of shopping certainly have to visit island's capital - the city of the same name. In the waterfront area ... Open »
Bodrum
Bodrum never ceases to attract fans of beach rest and active recreation. Its spacious beaches are simply perfect for scuba diving, sailing and surfing. Divers are traditionally attracted by underwater caves and scenic reefs. During a dive you will surely see numerous exotic inhabitants of the deep sea. Tourists should definitely not forget to visit the beautiful grotto of ... Open »
Patmos Island
If you do not want to walk on the island on foot but you want to see as much as possible, then you should rent a car. Note that you need to return the car with the same amount of gasoline, which you had when you took it. Not all rental offices need an international driver's license, the license of your country is often enough. You will not be given a car if you are under the ... Open »
Tilos Island
If you want to spend time on your own, go to Eristos Beach in the western part of Tilos. Agios Antonios Beach which is located near the eponymous village (a couple of miles from the capital) is also highly beautiful. It’s called after Saint Anthony's Chapel (situated not far from the coast). Unfortunately, there is not much left from those magnificent murals owing to ... Open »
Samos Island
If you like astonishing views, spend some of your time going on a sea tour around the island. Samos looks absolutely different from the sea. A great number of small bays, capes and cliffs are very picturesque. You can also visit one of the nearby islands. Many tourists often visit Samiopula, it is also called «small Samos». There is a secluded beach perfect for sunbathing. ... Open »

Guide to your best city break in Kalymnos Island - popular places for recreation and leisure. Things to do during the day in Kalymnos Island - attractions, parks, beaches, aquaparks, racing tracks, biking trails or waterski. Recommendations (with addresses, phone numbers and links) where to spend your time in the evening (bars, discos, clubs, etc.). We share some good ideas and the question 'What to do in Kalymnos Island?' disappears immediately.