Family trip to Aegina Island with children. Ideas on where to go with your child 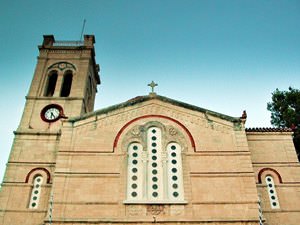 Aegina has a rich history, a large number of architectural attractions and clean beaches along the coastline. There are entertaining activities for children and they won't be bored here. This island is a perfect place, where you can introduce the child to the history of Ancient Greece. Aegina was a major polis city for many years, competing in glory and power with Athens. Local residents were defeated only in the 5th century BC, forced to obey the enemy.
Excursion over cultural sights of Aegina Island - 'must visit' points of interest
Aegina is rich with a large variety of attractions. The island competed with Athens for the title of the largest, richest and most powerful city of Ancient Greece. Aegina was Inhabited in …

Open
One of the most important local attractions is the temple of Athena. It was built 2.5 thousand years ago, but its construction is preserved. Be sure to visit it with your child. Young historians will be happy to see the real embodiment of the facts, printed in textbooks. The temple of Athena is not only perfectly preserved, but it was built on the foundation of the ancient building.
Another interesting object is the Column surrounded by the ruins of the walls. Presumably, this is all that remains of the temple of Apollo, built here in the 6-5 centuries BC. Later, the Byzantine fortress situated here. In short, the Column is an ideal place to introduce your child to Greek history. Teenagers won't miss a chance to take some pictures near a lonely standing column. Copyright www.orangesmile.com
Your active city break in Aegina Island. Attractions, recreation and entertainment - best places to spend your day and night here
If you visit Aegina, be sure to go on a sea trip around the coastline. Firstly, it is an opportunity to enjoy picturesque landscapes. Secondly, you can find a secluded beach, where you can …

Open
Be sure to visit the Archaeological Museum of Aegina with your child. It was founded in 1828, and now there is a magnificent collection of artefacts of various eras, found during excavations on the island. Some of the exhibits are presented here in the open air. Even if your child is not interested in weapons or household items, he will certainly be curious to see a full-size fisherman's hut. Take your child to the medieval village Mesagros and Paleohora, the capital of Aegina. You can just walk there and enjoy wonderful views. 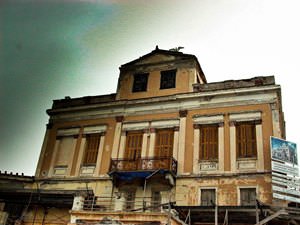 Saint Nectarios Church was built just a century ago and it attracts tourists every year. A teenager may become interested in the biography of the Saint. There are various churches and chapels on the island. If your child is interested in religion, be sure to visit Paleachora. There can be found cult buildings, built by Byzantines.
Best beaches and recreation areas around Aegina Island
Aegina represents a decent selection of picturesque beaches and there won’t be a trouble to get there. The most crowded and popular site on the island is the sandy beach of Agia …

Open
Moreover, you can enjoy the local beaches. The biggest are Marathon and Agia Marina. If you want to visit a secluded beach, you can look for a non-touristic beach. One of them is Moni beach. Your child will like its clean water, the rich underwater world and peaceful atmosphere. Furthermore, it is an ideal place for snorkelling. You can just walk through the fields and forests on Aegina or go on a sea tour to the nearby islands. As you can see, your child won’t be bored here.

This guide to family holidays in Aegina Island is protected by the copyright law. You can re-publish this content with mandatory attribution: direct and active hyperlink to www.orangesmile.com.
Aegina Island - guide chapters 1 2 3 4 5 6 7 8 9

Zoos and gardens in/near Aegina Island
♥   Zoo 'Zoological Park of St Paul' Thessaloniki, 44.6 km from the center. On the map 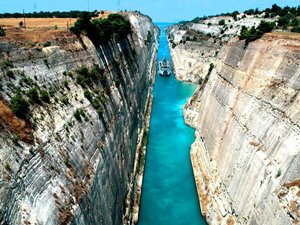 Distance from Aegina Island center - 48 km.
The locals began thinking about creating of a channel between the bays thousands of years ago. The idea of this project’s development first came to a tyrant Periandros’s mind in the 7th century BC. But his grandiose ideas could not be realized at those times. Barely started they had to stop due to a number of difficulties. The present Corinth Canal can boldly be called a remarkable historical landmark. … Read further 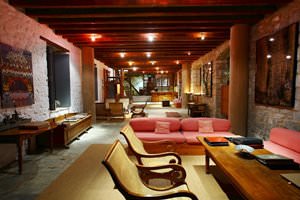 Distance from Aegina Island center - 45.8 km.
The decor in it imitates the decor on the deck of an ancient ship today. The wood finish is very beautiful in the hotel. Beautiful antique furniture, chandeliers, works of art, and various accessories in the marine style were used in its design. All this serves as a reminder of the factory's past. The historic building managed to completely preserve all the wooden floors. They are decorated with artful painting today. … Read further

Distance from Aegina Island center - 40 km.
In the fourth century there was a great Asklepieion in Epidauros. Thousands of people came here to be healed. The ancient theater was built for patients. Performances were considered to be one of the most effective therapeutic methods. Until the end of the 19th century the ancient theater was unknown to general public. It was discovered by an archaeologist Panagis Kavadias. … Read further

Interesting places to visit with children around Aegina Island

Agistri Island
Fans of watersports will love the island. Your children can try waterskiing, windsurfing and try their hand at fishing. Moreover, there is an opportunity to rent a boat and try fishing in the open sea. Teenagers can undergo diving training, or dive if they have a license. However, if your kid wants to explore the underwater world, he can try snorkelling. It is easy to rent or ... Open »
Athens
Travellers, who like nature and crave for some rest in a secluded place, should include a visit to the Attica Zoological Park into their vacation program. The zoo was opened approximately 10 years ago. Distinguished by its big size, the zoo has become home for animals and birds from all over the world. The collection of the zoo is considered one of the biggest in the world, so ... Open »
Hydra Island
If your child is interested in religion and church architecture, Hydra is an ideal place for him. There are three hundred cult constructions built at different times. They perfectly demonstrate different architectural styles. All children should definitely visit the Church of the Dormition of the Virgin. It is the main Hydra’s cathedral which is located in the centre of ... Open »
Loutraki
It’d be a great idea to take small tourists on a tour of the Archaeological Museum of Isthma (Αρχαιολογικό Μουσείο Ισθμίας). A large number of archaeological finds related to the ancient world is collected here. It is worthy of note that the temple of Poseidon was formerly located on the site of the museum. This is a great place for schoolchildren ... Open »
Spetses Island
Be sure to walk with your child in city-port Spetses, which is the capital of the island. It is filled with an amazing atmosphere which is usual for small Greek islands. You can not only admire amazing views of the settlement but also explore white yachts and gorgeous mansions of aristocrats who lived here because of picturesque landscapes and peaceful atmosphere. You can ... Open »
Attica Region
We would like to recommend you to bring your child to patisserie Aristokratikon. If your kid loves chocolate, he or she will have a chance to taste the best sweets and desserts in Greece. On weekdays the patisserie is open from 9 till 21. Children would like to visit Archaion Gefseis Restaurant in Psirri (Κοδράτου 22). You will not find traditional tables here, all ... Open »

Guide to sightseeing and entertainment for children in Aegina Island - parks, attractions, museums, zoos, water-parks. All fascinating and educational sites of Aegina Island, which are must visit and see for your child. Find out the best discovery routes and places for kids (local theaters, exhibitions and museums), where you can spend quality time together. Aegina Island for families with children.