Cuisine of Turin for gourmets. Places for dinner - best restaurants 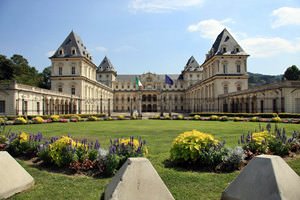 Connoisseurs of Italian cuisine are sure that you can taste special kinds of risotto in Turin restaurants. Local chefs cook this popular dish following interesting old recipes; they add a sophisticated mix of spices to rice. The pumpkin risotto with local cheeses is very popular. Many ingenious culinary discoveries are credited to Turin chefs, including the fragrant grissini bread appreciated by Napoleon Bonaparte.
Your active city break in Turin. Attractions, recreation and entertainment - best places to spend your day and night here
Turin offers its guests a unique opportunity to combine a fascinating tour with their favorite entertainment options. The city is popular among fans of eco-tourism, because its territory has …

Open
The city has its unique drink, bicerin; it is a coffee with milk, cream and chocolate. It’s necessary to mix ingredients in strictly defined proportions. Sweet tooth should definitely try a special kind of local gianduiotto chocolates, which many travelers purchase as souvenirs.
The perfect place for a night stay is the Obelix restaurant, which is located on Piazza Savoia. Ordering a drink at the bar customers get unlimited access to a rich buffet; the bar is very popular among visitors. Those who wish to taste the best pizza in the city and relax in casual atmosphere are recommended to visit the Gennaro Esposito restaurant. Huge pizza cooked following the original author's receipt will cost about 15 euros. This modest and simple pizzeria is one of the most popular venues in Turin. Copyright www.orangesmile.com
Advices to travellers: what you should know while being in Turin
1.The fastest way to get from the airport to the downtown is a taxi; services will cost about 30 euros. It is also possible to travel by public transport, i.e. train, but in this case the …

Open
A wide variety of dishes are offered by the Exki restaurant located near the downtown. Its menu offers a decent selection of soups and fresh salads, sweet cakes and other branded treats. The Exki restaurant is popular among beer lovers, as a beer selection here is just gorgeous. The Tre Galli restaurant is ready to offer its guests the most popular dishes of the local cuisine. Its main visitors are cost-conscious travelers who want to enjoy quality treats at a reasonable price. 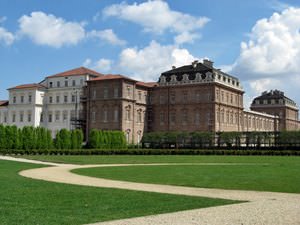 On Piazza Carlo Alberto there is one of the city's most popular cafes, Sfashion. Its menu includes several types of coffee and a variety of soft drinks, fresh pizza and snacks. You could continue tasting local cuisine in the Trattoria Ala restaurant. A full three-course meal with a glass of delicious wine will cost a little more than 35 euros. Among the restaurant's signature dishes Cantucci con Vinsanto dessert is worth mentioning.

This guide to cuisine and restauraunt in Turin is protected by the copyright law. You can re-publish this content with mandatory attribution: direct and active hyperlink to www.orangesmile.com.
Turin - guide chapters 1 2 3 4 5 6 7 8

Where to go for dinner in Turin: recommended cafe and restaurants

♥   Restaurant 'Fiorfood by La Credenza' Torino. Type - Modern cuisine. 0.2 km from the center. On the map

♥   Restaurant 'Consorzio' Torino. Type - Piedmontese. 0.5 km from the center. On the map

♥   Restaurant 'Carignano' TORINO. Type - Mediterranean cuisine. 0.6 km from the center. On the map

♥   Restaurant 'Solferino' TORINO. Type - Regional cuisine. 0.6 km from the center. On the map

Distance from Turin center - 69.5 km.
With a view to the fact that the landscape changes during the descent frequently and fundamentally, it is no wonder why the 'Face' slopes are used by countless extreme sports enthusiasts. 'Face' and the other nearby 'black' ski slopes are a permanent training place of many well-known athletes. Here began Jean-Claude Killy - the triple Olympic world champion to train. To his credit was called one of the ski slopes (L'Espace Killy). … Read further 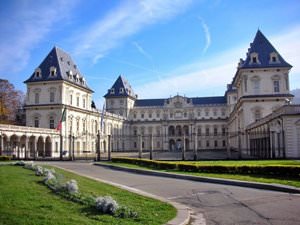 Distance from Turin center - 0.3 km.
The central building of the complex is the Royal Residence. This palace is a bright example of the baroque style. Nowadays there has placed the Galleria Sabauda. Palazzo Madama, the nearby palace, was built at the place of the ancient Roman camp and originally used as a defending building. The exterior of the palace resembles a Medieval castle. In 1934 there was opened the Museum of ancient art. Palazzo Carignano is another outstanding place. This baroque building is the most unusual in the whole complex. There were made a lot of interesting architectural treatments. … Read further

Searching where to eat - restaurants and cafe on Turin map

Cuisine and restaurants in the neighbours of Turin

Piedmont
Typical national food offered by all the local restaurants is agnolotti. This dish resembles ravioli with its appearance; agnolotti are cooked with a variety of fillings, including meat, ricotta, spinach and other vegetables. Fans of meat treats would like Brasato al Barolo. It is an impressive piece of meat on the bone stewed in red Barolo wine for several hours; the taste of ... Open »
Valle d'Aosta
Another important national product is Jambon de Boss cooked following the recipe that is more than one hundred years old. Those who wish to enjoy other meat delicacies should definitely try Lar d'Arno, as well as Sausess sausages - one of the most popular treats. Deli meats are usually served with polenta flavored with a variety of sauces; that’s why its taste always turns ... Open »
Aosta
Vecchio Ristoro is considered the best restaurant of the national cuisine. Excellent mussels with spicy sauce, gnocchetti with zucchini, lamb roasted with beer and herbs – these are just some of the culinary masterpieces that the restaurant’s chef has prepared for visitors. Vecchio Ristoro has quite a large base of frequent customers, so it is recommended to book tables ... Open »
Briancon
Local culinary traditions are widely known and famous for their elegance and refined taste. Unforgettable high cuisine, various delicacies, and fragrant wine – Briancon is a true gem for real gourmets. Meat dishes occupy an honorable space in the cuisine of the region. Local chefs cook meat in a number of ways. Locals usually prefer well-roasted meat that local chefs cook ... Open »
Courchevel
Among budget restaurants, the Petit Savoyard also stands out. Dishes of national cuisine became the basis of its menu, but it’s also possible to find popular European treats there. The restaurant is very popular not only among guests of the resort, but also among local people, so it’s better to book a table for dinner in advance. The best pancakes at the resort are served ... Open »
Meribel
The real pride of regional cuisine is cheeses, some of which have been produced on local farms for over 500 years. A vivid example is “Reblochon” whose recipe was invented in the 13th century. A cheese platter is always served at wine tastings, and goat milk cheeses are especially appreciated by gourmets. Those with a sweet tooth will love a rich selection of fruit ... Open »

Travel notes on best cuisine and restaurants of Turin (Italy) on OrangeSmile.com. Famous recipes and traditional dishes and courses in Turin restaurants. Where to eat - our recommendations on popular places in Turin, where you can taste delicious meal and also spend a good time with your friends.