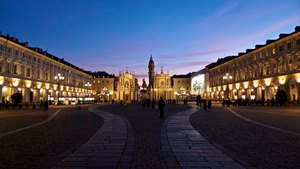 It’s hard to imagine Turin, and Italy in general, without its famous architectural landmarks. Mole Antonelliana, Palazzo Carignano, Turin Cathedral, Porta Palatina, Castello del Valentino, Stadio Olimpico, Villa della Regina, and Piazza della Consolata have shaped the historical and architectural look of Turin. Let’s take a closer look at these landmarks from an unusual perspective – simply fly over the main sights! The supporting video includes a virtual tour around the above mentioned architectural landmarks of Turin in HD format. Below, we will add the most exciting historical facts regarding every place of interest. The overview map of all iconic landmarks of Turin can be found at the bottom of the webpage. 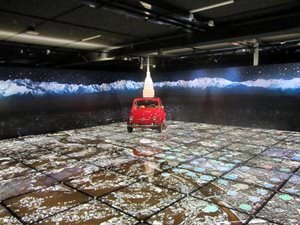 Facts:
» The Mole Antonelliana has been the highest building in Turin and even in France until 2011. It was designed by architect Alessandro Antonelli.
»  Originally, it served as a synagogue for the Jewish community in 1863. It was planned that the building would be 66 m high. Antonelli was obsessed with high buildings. As a result, the tower is 167.5 m high.
»  The 90-year-old architect did not manage to complete the project and see his creation. The building was finished in 1889 by city authorities.
»  The first museum opened here in 1908 was the Museum of the Risorgimento. Its exhibits are dedicated to the Italian liberation movement.
»  During the hurricane in 1953, the 47-meter Mole Antonelliana fell. It was restored in 1961.
»  In 2000, the National Museum of Cinema was opened. The entire space of the museum is galleries and exhibitions. Interestingly, the cable lift is situated in the center of the tower, so when it takes you up, you can observe museum exhibits.
»  The Mole Antonelliana is the pride not only of the locals, but also of all Italians. It is even stamped on coins. It was also the symbol of the Winter Olympics in Turin in 2006. 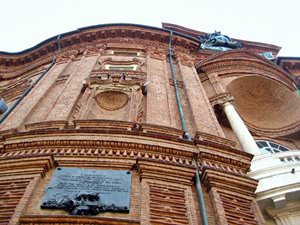 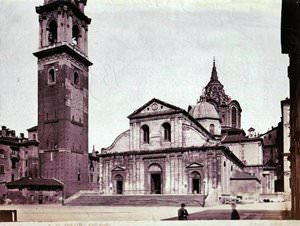 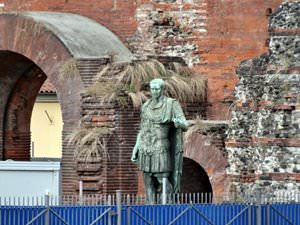 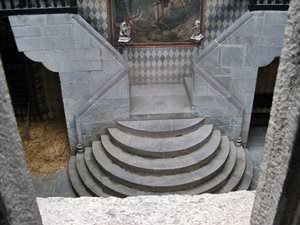 Facts:
» The Castle of Valentino is one of the Residences of the Royal House of Savoy in Turin.
»  The castle is under the protection of UNESCO as a World Heritage Site.
»  Originally, the Residence of the House of Savoy was built as a medieval fortified castle. The Castle of Valentino has the shape of a horseshoe that is quite typical for constructions of that time.
»  The building was named after the nearby Church of St. Valentino.
»  The castle was bought by Duke Emmanuel Philibert of Savoy who moved from Chambery to Turin.
»  The Castello del Valentino acquired its current appearance only in the 17th century. In the 1600s, the construction was completely rebuilt in the French style upon the order of Princess Christine Marie of France who lived here.
»  In the 19th century, the Castle of Valentino was abandoned. In 1860, it became the seat of the Architecture Faculty of the Polytechnic University and was restored.
»  In 1900, the first Turin Motor Show was held in the castle.
»  Then, a botanical garden was set up in the castle grounds. 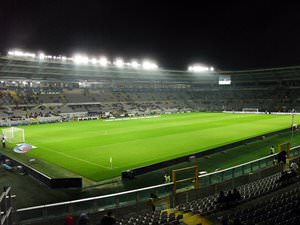 Facts:
» The Stadio Olimpico was built in Turin in 1933. One year after, it hosted the international football championship. The stadium accommodated 65 000 spectators.
»  Originally, it was named Mussolini after the head of the country.
»  The playing field is oval. There are also running tracks and equipment for track and field competitions. After the Second World War, the stadium was renamed. Players of Torino and Juventus clubs trained here.
»  The stadium had been closed for some time. In 2006, it was reconstructed for the Olympics. Draughtsmen decided not to choose a particular architectural style.
»  After the reconstruction, the stadium is round but it has right angles.
»  The updated arena accommodates over 27 000 people. There are canopies over the stands but the playing field is still outdoor. The field is 105х68 m.
»  At the stadium, the opening and closing ceremonies of the Winter Olympic Games took place. Here, music concerts are also held.

Facts: » The Villa della Regina was built in 1615 by the court architect and military engineer Ascanio Vitozzi on one of the Turin hills. It resembles a Roman villa.
»  The construction was ordered by the Prince-Cardinal Maurice of Savoy for his wife Louise of Savoy. At that time, she was 14 years old. This is why the first name of the villa is Villa Ludovica.
»  The members of the royal family lived in the villa at different times. Then, the residence was named “Villa of the Queen”.
»  During the Second World War, the building was bombed. The restoration was completed only in 2006.
»  The palace is designed in the original baroque style of the 17th century. Here, you can still see well-preserved Chinese lacquer wooden gilt cabinets.
»  The complex also includes gardens with grottoes and fountains, galleries, and buildings decorated with paintings and frescoes from famous Italian artists and sculptors.
»  In the rectangular courtyard, there is a castle. It is surrounded by terraces with vineyards.
»  In 1997, the complex was declared the Residence of the House of Savoy and included in the list of UNESCO World Heritage Sites.

Facts: » The Piazza della Consolata was built in the 4th century AD at the site of the sanctuary of the Virgin of the Consolation. It is located in the north of Turin.
»  The basilica received its name, Consolata, after St. Andrew.
»  According to the famous legend, when the Piazza della Consolata was being built, the most revered icon Mother of God with Baby Jesus was kept here. The icon was lost under unexplained circumstances. It was found only in the 12th century. The legend says that the sacred thing was found by a blind boy who miraculously recovered his sight.
»  Due to this legend, Turin attracts a lot of pilgrims. Exactly the increased number of visitors gave an impetus to the construction of the Piazza della Consolata.
»  The modern building was finished in the 17th century.
»  The basilica was constructed by the project of the best architect of that time Guarino Guarini.
»  Over the years, the building had been reconstructed many times.
»  It gained its present form only in 1860.
»  The basilica is designed in the Neoclassic style.

CONTINUE - PART II »»
This guide to architectural sightseeing in Turin is protected by the copyright law. You can re-publish this content with mandatory attribution: direct and active hyperlink to www.orangesmile.com.
Turin - guide chapters 1 2 3 4 5 6 7 8

Build your walking routes in Turin on the landmark map

Architectural landmarks in the regions around Turin

Milan
The Milan Cathedral is one of the main attractions of Milan located in the historic center of the city. The Cathedral is built of white marble in the Flamboyant Gothic style. The Milan Cathedral is the fifth largest church in the world. The temple can accommodate up to 40,000 people. There are about 3,400 statues in the cathedral. The main attraction inside the cathedral is the golden statue of patron saint of Milan. The roof of the Milan ... Open »
Grenoble
The cathedral was first mentioned in the chronicles of 902. It was recognized as the Church of the Virgin Mary. During the excavations in 1989, it was found out that there had already been a religious building at the site of the modern cathedral. It was constructed in the 3rd century. A room where people were baptized was found here. In the 4th century, there was a clergymen’s residence. In the 13th century, the complex of ... Open »
Nice
Sainte-Reparate Cathedral was built in 1699 in honor of the patroness of Nice. According to the legend, young Reparata from Palestine professed Christian faith and died in agony for this when she was 12 years old. Angels brought a boat with the young saint to Nice, to the shore of the Angel Bay that was named after this event. The cathedral is located in an old part of the city. It is a typical construction built in baroque style. The ... Open »
Geneva
The cathedral built at the beginning of the 13th century combines many architectural styles but looks like a single unit. Its interior features some austerity, modesty and, and strictness. Here, you can such unique item, as the rich chair of the French theologian Jean Calvin. You can also climb up the tower. The path in one place offers two directions, southern and northern. The northern tower with a high spire has a panoramic view of the ... Open »
Lyon
The Basilica of Notre-Dame de Fourviere is a landmark of Lyon that is under the protection of UNESCO. It is located on top of the Fourviere hill and seen from any parts of the city. The basilica was built in 1168 at the site of an old church. When it was destroyed, the chapel remained undamaged and has survived to this day. The magnificent church with four towers and a belfry has two naves. The upper one is decorated with stained glass ... Open »
OrangeSmile.com - online travel reservation expert providing reliable car rental and hotel booking services. We feature more than 25.000 destinations with 12.000 rental offices and 200.000 hotels worldwide.
Secure Server