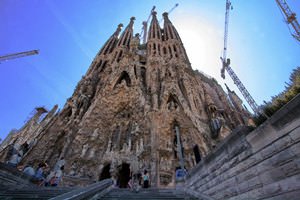 Indigenous people of Barcelona are very gallant and very serious. They are open for communication and have a wonderful sense of humor. The locals are very friendly to visitors and will gladly help them in most difficult situations. Many travellers, who visit Spain for the first time, are scared of the way of communication, which is peculiar to the Spaniards. The usual arguing between two good friends can be taken as a quarrel - the local residents are very emotional and impulsive. Such "noisiness", which is common among citizens, is hard to associate with kindness and openness in communication of these people.
Guide to Barcelona sightseeing - things to see and to visit
In this city visitors will find not only ancient places of interest, but also modern sights. In other words, Barcelona is a city that can easily suit the needs and tastes of every tourist. …

Open
Spaniards have never been very punctual. This national trait is not a secret to anyone and so it is a typical reason for numerous jokes. Residents of Barcelona are accustomed to have a very late lunch, so local cafes start filling with visitors only after the noon. Dinners here are also fairly late, so many restaurants are open until midnight. When communicating with local residents, you should try to avoid political topics, and in any case not to talk about personal life - these topics are considered a taboo here. You should not start controversy about the corrida (bullfighting), as the locals are intolerant to the even the slightest criticism of national peculiarities.
There are always many interesting events in Barcelona. The procession of the Magi on the eve of Day of the Epiphany is a bright and a striking event. On the evening of January 5 local residents dressed in ancient costumes appear on the streets of the city. All townspeople gather there to admire their solemn procession. The event that takes place on April 23 is no less interesting. This celebration is named The Day of Rose and a Book. The title of the celebration fully discloses its main tradition - on this day of the year people give each other bouquets of roses and books. These gifts are the symbol of friendship and loyalty. Finally, August is the time of one of the most hilarious and beloved holidays - Fiesta Major. On this holiday all main streets and squares of the city are decorated with colorful garlands. Main celebrations are held in the district named Gracia. Here are organized musical and theatrical performances, as well as the degustation of national dishes. Copyright www.orangesmile.com
Family holidays with kids in Barcelona. How to entertain your child, things to show to children.
A family vacation in Barcelona is always an amazing holiday that will leave many pleasant and warm memories. This city has a well-developed infrastructure with entertainment for every taste …

Open
The choice of holidays and celebrations in Barcelona is literally rich. During the calendar year, there is a dozen of festivals that will fit every taste, interest and age. Our team have highlighted the must-see and visit celebrations. If you are the fan of beer, then high time to come to Barcelona in March and have fun at the Barcelona Beer Festival. This holiday is a unique chance to try more than 200 kinds of beer; upgrade your knowledge about beer brewery on various lectures and seminars. Such known breweries as Stingers, Akti, Anderson Valley and Loverbier are the headliners in this festival. Admirers of drink could try Madama, Rye IPA, Madrid Lager and the Belgian Hertenheer beer with herbs and citrus aroma. Every year at the end of April, the residents of Barcelona and guests from around the world hurry to the Feria de Abril de Cataluña. Citizens dress their festive attires: men dress like Caballeros, and women wear the bright dresses of Flamenco. Around the Forum in Barcelona, they establish the multi-colored tents. Guests are treated with wine and national dishes. April Fair - is a family holiday. Children enjoy the atmosphere of a carnival, attractions and cotton candy. 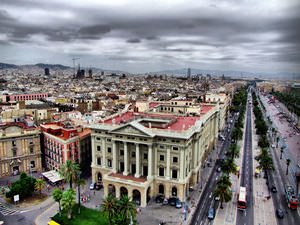 As a rule, the most exciting festivals take place in summer. There are two music festivals in June: Sonar and Rock Fest Barcelona. The first one is dedicated to electro music and multimedia art and takes place annually at the second part of June. The price for the tickets starts from 150 euros. Sonar was established back to 1994 and gathers up to eighty thousand viewers from all over the globe annually. The Rock Fest Barcelona (June 30 - July 2) is considered to be one of the main music events in Catalonia. As the venue already for the fourth time the Kan Zam Park has chosen. It is possible to reach the park by all means of transport, including the subway.
Cuisine of Barcelona for gourmet with top restaurants and cafe
Catalan cuisine has always been famous for its variety. This is a unique combination of Indian, Japanese, Pakistani, Turkish, Arabic and Thai traditions. You can try most unusual and …

Open
In July hundreds of thousands of people gather in the capital of Catalonia to express support to the movement for recognition and the rights of sexual minorities. Many tourists come from other countries as this gay festival one of the largest in Europe. The main processions take place on Maria Christina Avenue. Numerous parties and various cultural and entertaining events, including the Foamy party and "Miss-Drag Parad" - a competition in which people elect the Queen of the Night and the Parade are held. Since 2008 at the beginning of July, there is one of the biggest meetings of bikers in Europe. Biker fans will be able to join this cult event from July 4 to July 6. It is organised by the Harley Davidson company and gathers together thousands of admirers of the iron horses in the centre of Barcelona. Gathering of all participants of a meeting happens on the Plaza de España. In order to participate, you just need to pass the registration and enjoy the event for free. 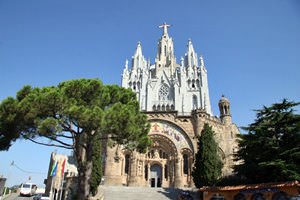 European Balloon Festival - is the annual festival, which takes place in one hour drive from Barcelona, in the small town of Igualada. This festival is considered to be the biggest festivals in Spain and one of the largest in Europe. About 50 crews are participating in a show and annually the action is attended by thousands of people. The bravest can make the unusual flight, the others can admire a show from the ground. Another bright festival is called La Festa Major de Gracia (August 15-21) is one of the most bright and colourful festivals in Barcelona. This annual festival takes place in the area Gracia and in essence, is a holiday of the residents of this district. Hospitable Catalans always welcome guests from other neighbourhoods and international tourists, upon condition that they will respect the traditions of this area. During the festival, the street of Gracia turns into the fantastic world with surprising sculptures, figures' demonstrations and, of course, with confetti and fireworks.

This guide to traditions and festivals in Barcelona is protected by the copyright law. You can re-publish this content with mandatory attribution: direct and active hyperlink to www.orangesmile.com.
Barcelona - guide chapters 1 2 3 4 5 6 7 8 9 10 11 12 13 14 15 16 17

Cathedrals and basilicas near Barcelona
♥   Temple Expiatori del Sagrat Cor de Jesús, Barcelona, 5.8 km from the center. On the map

Survived castles around Barcelona
♥   Castle 'Castle of Amarante' , 0.6 km from the center. On the map

♥   Castle 'Castle of Montjuic' Catalonia, 2.7 km from the center. On the map

♥   Castle 'Monastery of Sant Miquel d’Escornalbou' Tarragona, 36.6 km from the center. On the map

Colors of Barcelona in photos

Traditions and festivals in cities around Barcelona

Catalonia
The contemporary culture of Catalunya is as interesting and attractive, as it was hundreds of years ago. Indigenous people still follow traditions of their ancestors and celebrate beautiful national holidays, the history of which dates back to the period of the Middle Ages. A century later, locals have managed to save a lot of interesting traditions and national features. ... Open »
Lloret de Mar
Lloret de Mar is an amazing city with many beautiful traditions and friendly people. It captivates tourists not only with attractions but also with a special atmosphere. Throughout the year, locals hold a lot of interesting holidays and festivals dedicated to national traditions. The picturesque town is a frequent venue for the International Folklore Festival, which is attended ... Open »
Tossa de Mar
If you arrive in Tossa de Mar in early January, you can see the colorful Cavalcade of the Magi. This holiday is celebrated on the eve of Epiphany, on the evening of the fifth of January. It is dedicated to the same biblical Magi who gave gifts to the infant Jesus. It is interesting that according to the legends of the Catalans it is the Magi who give gifts to children on the ... Open »
Costa Brava
The cultural life of the Costa Brava is rich because of bright celebrations and festivals. They are held almost every month and are always accompanied by lush folk festivals. National celebrations, certainly, attract travelers. Tourists had noted that during celebrations all ethnic boundaries simply disappear; foreigners have fun and take part in all the activities on a par ... Open »
Salou
Salou is a wonderful city with a rich cultural life. All the year round the city witnesses dozens of bright country fests and holidays succeeding each other and attracting thousands of tourists from all over the world. One of the most exciting events in the life of the city is still the Motor Star Festival. As it comes clear from the name of the event, the festival is dedicated ... Open »
Palma de Mallorca
In the course of a year Palma de Mallorca holds more than a dozen of bright festivals and carnivals attracting tourists from all over the world. Each fest features its unique peculiarities and traditions. At the beginning of the year the tourist destination holds the Cabalgata de los Reyes Magos festival. The fest commonly falls on the 5th of January. On this day local folks go ... Open »

Cityguide on traditions, mentality and lifestyle of people in Barcelona. Learn the best periods to visit Barcelona to discover its soul - authentic festivals, events and celebrations. We will also reveal the interesting habits, attitude towards the world and to tourists in Barcelona.