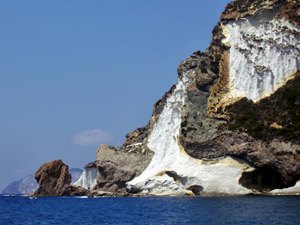 The Pontine Islands were inhabited far back in Antiquity. For a long time after this, pirates and time dominated here, and therefore a fairly large number of architectural monuments of the times of Ancient Rome remained almost intact. The local residents from ancient times lived on fishing, and the Romans, applying their knowledge in engineering, built here Grotto di Pilato, a system of artificial caves, grottos and pools, used, as scientists suppose, to grow eels. You can find them near Ponza Bay.
Cuisine of Isole Pontine for gourmet with top restaurants and cafe
The cuisine of the Pontine Islands is typically Italian. However, if you want, you can search the menu to find the dishes of other countries. Thanks to the large influx of tourists, everyone …

Open
The Roman Gallery can be called another great heritage of ancient civilizations, which in fact is a tunnel, connecting the village called Ponza to the Chiaia di Luna beach. Throughout the island, you can find traces of the presence here of the Romans – the aqueducts, the bridges, the roads. In the center of Ponza, there are three necropolises, which, according to scientists, are the legacy of the Greeks, the Phoenicians, and the Egyptians. Fans of myths and legends should visit the Maga Circe grotto, where, according to Homer, during the winter lived Circe, a witch, who turned the whole team of the illustrious Odysseus into animals. Also on Ponza, there is a small ethnographic museum, which is worth visiting for those, who like ancient culture.
On the Belvedere hill you can find the ruins of an ancient villa and a medieval castle, which unfortunately suffered badly from time. Ponza is famous not only for the fact that it used to belong to the family of the Procurator Judea Pontius Pilate but also because later Ponza and the neighboring islands was the place, where the opponents of the regime of Benito Mussolini were exiled. The prisons, which were the place of imprisonment of the political prisoners, can be found all over the island. On the neighboring San Stefano, off the coast of Vertoten, the buildings that have survived since the Bourbon dynasty were used for these purposes. On Ponza there is also a place of suicide of Lucia Rosa, a girl, who refused to marry under compulsion. For many women around the world she is the symbol of the struggle for equality. A landmark of the island is also the statue of the Virgin Mary, which, according to the locals, fulfills the cherished wishes. Copyright www.orangesmile.com
Authentic traditions, festivals and lifestyle of Isole Pontine inhabitants
While traveling among the Pontine Islands, remember that the locals, like all the Italians, are very expressive. In the conversation, it is more important for them to express an emotional …

Open
Vertoten is the second of the two inhabited islands of the archipelago. Also populated in the Antiquity era, like Ponza, it was abandoned by its residents in the Middle Ages because of the incessant pirate raids. After that the inhabitants appeared here after the expulsion of the filibusters in the 18th century. Many scientists believe that in some impassable grottoes and at the bottom of the flooded caves the considerable treasures, looted by pirates, are still stored. If you want, you can try to find some historical rarity yourself. The remains of the old seaport can be considered the central monument of Roman domination on the island. Here, as well as in Ponza, several Roman aqueducts, and acropolises have been preserved. Almost all local monuments of antiquity have survived to this day in fairly good condition. 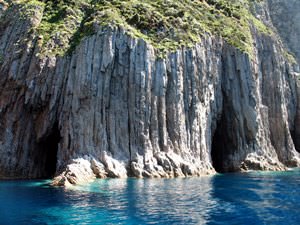 If you are interested in Mussolini’s regime, you can visit any of the prisons for "unreliable" citizens, which were used up until 1965. However, they started to excuse unwanted people here much earlier –the ruins of Villa Julia in Punta Eolo tell about this. The villa belonged to the daughter of Emperor Augustus. A walk around the city streets will tell you a lot about the life of the island, newly populated in the Renaissance. History fans should spend their time on a trip to Zannone, an island that is now a part of a national park. Earlier the existing Cistercian monastery was located here. Now only the ruins remained of this place,

This guide to cultural sights Isole Pontine is protected by the copyright law. You can re-publish this content with mandatory attribution: direct and active hyperlink to www.orangesmile.com.
Isole Pontine - guide chapters 1 2 3 4 5 6 7 8 9
Reference information
Map of all churches

Excursions over cultural sights of neighbours of Isole Pontine

Isola di Ischia
Be sure to visit Aragonese Castle, which is towering on the coastal rock near Ischia-Porte. The first construction on the site of this citadel was built in antiquity, and in the Middle Ages, the rulers of Ischia decided to strengthen and rebuild the fortress. Though the fortifications have suffered from time and weather since then, they still haven't lost their former ... Open »
Procida Island
The abbey of St. Michael the Archangel is certainly one of the main attractions of Procida. This is the oldest building on the island, built in the 7th century by four Benedictine monks. Rebuilt in the 11th and 16th centuries, the monastery still towers over the island on the cliff of Terra Murata. Surrounded by powerful rocks, the abbey sheltered within its walls the local ... Open »
Naples
The monastery was established in the 16th century and is located on a high hill. The territory of the monastery features several spacious well equipped observation terraces performing a vibrant view over the city. The same important historical landmark is the Cappella dei Sansevero. The chapel was built in 1590 and served as funeral chapel for the members of Sangro family. In ... Open »
Lazio
In the early 5th century, mausoleum built on the order of the Emperor Hadrian was rebuilt into a fortress and lost its former beauty. Today, beautiful sculptures are the main decoration of the old building; it is now converted into the historical museum. The spacious terrace of the castle is equipped with excellent viewing platform for visitors. The town of Tivoli is rich in ... Open »
Capri
As for historical sites, the most interesting among them is Villa Jovis. According to one version, this luxurious villa once belonged to the emperor Tiberius. The building has well preserved to our days and gives a complete picture of the former splendor of the imperial palace. The architectural monument of the later period is Villa Malaparte. It is located on a high cliff of ... Open »
Sorrento
The monastery of San Francesco was built in the early 15th century. It features unique architectural style. Graceful arches and pilasters give the building its original look; one of the distinguishing features of the monastery is an unusual form of pillars that was borrowed by architects from pagan temples. Among many cultural venues Museo Correale di Terranova deserves ... Open »

Culture guide to Isole Pontine. Which fascinating sights to visit once you are in Isole Pontine: temples, churches, museums, theaters and castles. Recommendations (with addresses, phone numbers and links) on the places 'must visit' in Isole Pontine. Plan your own city excursion by using this page info!