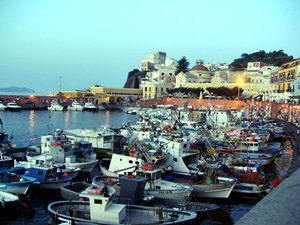 While traveling among the Pontine Islands, remember that the locals, like all the Italians, are very expressive. In the conversation, it is more important for them to express an emotional attitude than to convey the facts to the interlocutor. Therefore, do not take a raising voice, hands waving and interruption as a threat – it is just a normal way of communication here. You should address unfamiliar people not by name, but by "Signor", "Signora", "Signorina" if their academic rank and professional status are unknown. The latter is appropriate if you address a presumably unmarried girl. However, young people usually quickly switch to "tu" address or use the name.
Shopping in Isole Pontine - main shopping streets, outlets and boutiques
The Pontine Islands are not the place where you can see a large assortment of branded things. For clothes and footwear from world manufacturers, it is better to go to continental Italy, it …

Open
Remember that here an invitation to a restaurant imply the payment of the check. The inhabitants of the Pontine Islands sincerely admire the beauty of every woman. For the Italians in general, the family is very important, so the mother often remains the most important woman in the world for a man even after the marriage. What is interesting is that in most families, as a rule, there is a matriarchy, but at the same time, the appearance of power is always with the man. Wives prefer not to argue openly with their husbands. The Italians generally like to "keep the facade", demonstratively sticking to all the rules of good taste. For example, no self-respecting Italian woman will go to the bakery around the corner without make-up and a beautiful dress to match the bag.
The locals are also a little bit theatrical. And it's not about dishonesty or a desire to cheat. Rather, every Italian lives under the motto "The whole world is a game" and enjoys trying on different roles. For example, after dinner, quays and squares are filled with beautifully dressed couples with or without children, just strolling hand in hand. On the Pontine Islands, you will not find a clerk in flip-flops, an athlete in sagging trainings or a theater-goer, who came to the play in casual clothes. There are a proper place and time for everything. In addition, every Italian in any situation tries to behave in a straightforward and snobbish manner, showing that he is the master of life. Copyright www.orangesmile.com
Guide to Isole Pontine sightseeing - things to see and to visit
Isole Pontine is the archipelago of volcanic origin located in the Tyrrhenian Sea, off the coast of Odysseus. Many amazing legends are associated with these picturesque islands. In the era …

Open
By the way, keep in mind that the desire to always look appropriate is in no way connected with punctuality. Moreover, everybody is always late here. Is the store supposed to be open at 9 a.m. but at 11 a.m. there is still no one behind the counter? It’s quite a typical situation. And vice versa, by the way, the opposite situation often happens too. So, if local people here invite you to a meeting, be sure, almost everyone will be late. The only thing that is strictly observed is siesta from 1 p.m. till 4 or 5 p.m. At this time, it is not accepted even to call someone, because you can disturb the afternoon nap. The locals, by the way, considered a bad tone to ask to show their house. If you are invited to visit, it is worth to present the hostess of the house a proper gift and flowers, just not chrysanthemums or red roses. The first here is a symbol of misfortune, and the latter is as a declaration of love. 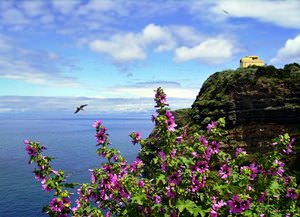 If somebody gave you a gift, then the rules of good taste suggest the need to open it in front of a person, who gave it to you. They appreciate the ability to enjoy life. In general, the locals may seem careless and frivolous, but in reality it is completely different. It's just that it's not accepted to strain more than the situation requires. The Italians are very economical and prefer not to pay extra, but they cannot be called stingy. Remember that in most stores and government institutions, a small machine on the right of the entrance gives a turnout card.
Family holidays with kids in Isole Pontine. How to entertain your child, things to show to children.
The Pontine Islands are quite small – the whole archipelago occupies only 11 square kilometers – and is quite suitable for family holidays. There are no water parks, entertainment …

Open
The residents of the Pontine Islands are very devout and celebrate church festivals with the greatest scope. And, if Christmas is traditionally celebrated purely in the family circle, then on Easter most Italians gather in friendly companies. Tthe Day of Liberation from Fascism, and the Labor Day they celebrate on a big scale. On the 20th day, it is customary to celebrate San Silveo, during which the statue of the saint and the image of Jesus on the cross are carried to the sea to bless the fishermen.

This guide to traditions and festivals in Isole Pontine is protected by the copyright law. You can re-publish this content with mandatory attribution: direct and active hyperlink to www.orangesmile.com.
Isole Pontine - guide chapters 1 2 3 4 5 6 7 8 9

Cathedrals and basilicas near Isole Pontine
♥   Chiesa di San Domenico Savio, Roma, 48.9 km from the center. On the map

Survived castles around Isole Pontine
♥   Castle 'Angevin-Aragonese Castle' Gaeta, 51.3 km from the center. On the map

Italians are incredibly fond of communication, and therefore making friends among locals is very simple. When getting acquainted, they pay much attention to where the person came from and what he does. Italians are happy to look for new friends and constantly expand their social circle. Children in the country are very anxious. All establishments, from restaurants to cinemas, are sensitive to small guests. Owners can give them a free portion of ice cream or just entertain the kid. Italians are accustomed to enjoying life. They are always smiling and sincerely looking forward to any communication. If someone accidentally pushes an Italian and then apologizes, the incident can develop into an exchange of compliments and full acquaintance. … Open

Colors of Isole Pontine in photos

Traditions and festivals in cities around Isole Pontine

Isola di Ischia
On Easter there is "the run of the Angel", when the believers with the angel Gabriel on their shoulders run in the crowd. During the day of St. Anne opposite the Aragonese castle, there is a large-scale play organized in the sea. At the end of May, anyone in Ischia Ponte can witness the folk dance of La Naredzat. The ships were also involved during the three-day celebration ... Open »
Procida Island
The family for a local is sacred. The children here are very fond of and pampered, allowed to express themselves in almost any way. Children respond with love to their parents, they almost never leave their homes early and even after the formation of their own family, they always help the older generation, especially women. The mother always, or almost always, remains in the ... Open »
Naples
The residents of Naples venerate this tradition and annually consecrate palm and olive branches and then present them to dear and close people. The consecrated on Palm Sunday branches are considered to be the best talismans. Travelers visiting Naples before Easter will come across many people with bouquets of palm branches in the streets. This good tradition is venerated by ... Open »
Lazio
Its height is about 30 meters, and weight is about 5 tons; 100 porters carry this large structure through the streets. Every 5 years, local architects and designers design a new pedestal; the most talented designers are involved in the competition for the best project. The solemn procession passes through the picturesque streets of the historic district, making 5 stops. ... Open »
Sorrento
According to the legend, God was so upset with evil-minded people that uttered a tear. It fell at the foot of the volcano and soon a vine sprouted near Vesuvius. Today, tourists are invited to stroll through the legendary vineyards and appreciate impeccable taste of local wine with a beautiful name. The old factory Capo di Monti, which produces interesting porcelain, also ... Open »
Rome
Day of the foundation of Rome is the most interesting national holiday. It is celebrated annually on April 21. Sometimes the celebration lasts for several days and during the holiday here are organized various interesting cultural events and ceremonies. By the way, every year the goddess of Rome is chosen during the festival. This is the winner of a beauty contest. Vestals ... Open »

Cityguide on traditions, mentality and lifestyle of people in Isole Pontine. Learn the best periods to visit Isole Pontine to discover its soul - authentic festivals, events and celebrations. We will also reveal the interesting habits, attitude towards the world and to tourists in Isole Pontine.