Family trip to Isole Pontine with children. Ideas on where to go with your child 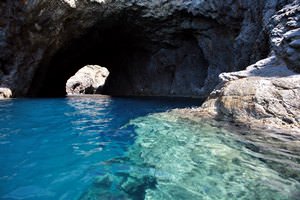 The Pontine Islands are quite small – the whole archipelago occupies only 11 square kilometers – and is quite suitable for family holidays. There are no water parks, entertainment centers, and other children's entertainments, familiar to the modern travelers, although, if you want, you can simply go to mainland Italy – for example, it’s only a couple of hours by sea from Ponza. The islands themselves are perfect for a measured bathing in warm waters on the beautiful beaches, leisure walks and a quiet exploration of natural and historical attractions together with your child.
Cuisine of Isole Pontine for gourmet with top restaurants and cafe
The cuisine of the Pontine Islands is typically Italian. However, if you want, you can search the menu to find the dishes of other countries. Thanks to the large influx of tourists, everyone …

Open
Be sure to find out and tell your child as many legends and stories about the islands as possible. The fact is, the first inhabitants left their traces here in prehistoric times, and the ancient Romans actively used the Pontine Islands as a base for fishing. You can find evidence of this on Ponza and Ventotene, the only inhabited islands of the archipelago. On Ponza, for example, in addition to the many preserved Roman aqueducts, bridges, and necropolises, near the harbor you can see the Grotto di Pilato, an almost undisturbed system of tunnels, basins, and grottos, which, according to the scientists, were used for catching eels. What child will refuse to visit such a place?
Be sure to take the time to visit Ventotene. It is believed that it was the place where Odysseus was bewitched by the voices of sirens. However, the island is interesting not only as part of the ancient heritage of Antiquity but also as a living monument of history. Even the kids will like the opportunity to visit the well-preserved villas of the rich ancient Romans, and older children will be able to discuss the Mussolini regime, strolling along the big port of the ancient Rome era and Roman prisons, which not so long ago the dictator used for keeping the prisoners. Copyright www.orangesmile.com
Authentic traditions, festivals and lifestyle of Isole Pontine inhabitants
While traveling among the Pontine Islands, remember that the locals, like all the Italians, are very expressive. In the conversation, it is more important for them to express an emotional …

Open
From Ventotene you can get to the uninhabited island of Santo Stefano, where the child will like the beautiful views and the opportunity to be very close to an extinct volcano. Zannone, a protected island, where the rare trees, like a stone oak, still growing, and migrating birds stop, will be interesting for young naturalists. Gavi, an island with a single house on the very top of the mountain, brings to mind the thoughts about the fantasy heroes. However, even if your child does not believe in fairy tales, he will still be interested in wandering along the paths of an uninhabited island and enjoying an unusually close nature. You can get to Gavi from Ponza by renting a boat. 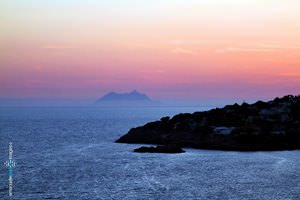 A boat voyage around the island is another opportunity to give the child a lot of pleasant experiences. The easiest and most affordable option is to go to the port and take a sit on any excursion boat. The boats depart from 10 a.m. till 11.30 a.m., so if you want to catch a boat later, you should think about renting an individual water motor transport. The tour ends at around 4.30 p.m., and during this time you and your child can learn a lot about Ponza and admire the beautiful coastal landscapes. Such an excursion will give you an opportunity to visit those beaches and bays, where you can’t get any other way, except by sea.
Excursion over cultural sights of Isole Pontine - 'must visit' points of interest
The Pontine Islands were inhabited far back in Antiquity. For a long time after this, pirates and time dominated here, and therefore a fairly large number of architectural monuments of the …

Open
On Ponza there is an opportunity to improve and strengthen the health of your child in the mud baths, to stroll through the ruins of the Roman necropolis, to visit Villa Giulia, preserved from the Ancient times in almost unchanged form, and, of course, to swim in clean water. If your child is more comfortable on an equipped beach, then go to Spiaggia Di Frontone. You can swim on any beach you like – the water here is always warm, clean, and when you descend into the water, there are almost no sharp stones. If your child is fond of snorkeling, then on he will be able to find many places to observe the underwater world on the Pontine Islands. Young divers will also be happy to explore the underwater grottos and caves abound in the islands.

This guide to family holidays in Isole Pontine is protected by the copyright law. You can re-publish this content with mandatory attribution: direct and active hyperlink to www.orangesmile.com.
Isole Pontine - guide chapters 1 2 3 4 5 6 7 8 9

Amusement parks near Isole Pontine
♥   Amusement park 'Magic World' Giugliano in Campania, 73.8 km from the center. On the map

Aquariums in Isole Pontine and nearby
♥   Aquarium 'Stazione Zoologica di Napoli' , 87.2 km from the center. On the map

Things to visit with your kids in Italy

On the island of Garda is one of the most fascinating parks of the country - "Gardaland", the Italian analogue of Disneyland. In this amazing place, every visitor becomes a full participant in what is happening. Children can participate in the excavation of the Egyptian pyramids, experience unforgettable emotions from the feeling of a holiday that does not leave throughout the day. For both children and adults numerous colorful attractions are available. One of the most terrible rides in Europe is located in “Gardaland”. Another fascinating amusement park for children is located not far from Rome. In the park "Rainbow Magic Country", the main theme of all the scenery and attractions is mysterious magic. Children and their parents fall into the real realm of fairies and wizards. The park occupies a huge territory - more than 60 hectares, you can ride on 30 different attractions. … Open

Interesting places to visit with children around Isole Pontine

Isola di Ischia
Be sure to take your child to Aragonese castle. This majestic structure has remained till our days almost in its original form. The castle was built where an ancient fortification used to be. In addition to the magnificent view from its walls, the Aragonese Castle is famous for its especially large ​​550 sq.m. area and the ruins of 13 ancient churches, destroyed by the ... Open »
Procida Island
A trip with the child to the quarter-fortress of Terra Murata will become a real adventure. Built in the Middle Ages, it was initially used to defend the island, and later became a historical monument. Inside the quarter-fortress, you can see a miniature reconstruction of life in Procida as it was many centuries ago. By itself, the path here is not too difficult, although ... Open »
Naples
Those planning to visit Naples during the warm season should check out Oasi del Bimbo. This amusement park is quite small but has a fun and welcoming atmosphere. It provides excellent carousels and playgrounds for kids, as well as colorful inflatable attractions in summer. The park features a pretty original design with lots of sculptures and landscape decorations. A ... Open »
Rome
Fans of outdoor activities will fall in love with Villa Borghese Park that is perfect for recreation. It is possible to walk in the park by foot or rent a bike and make an excursion using it. There are many nicely done sports and playing areas at Villa Borghese, including a special picnic area where visitors can make fire and enjoy a barbeque. One more famous zoo in Rome, ... Open »
Ustica Island
Be sure to take your child on an excursion along the coast of the island. There are objects, that you can reach only by sea. You can also go to Palermo and visit nearby islands with your kid. The aquarium Spalmatore is an amazing place, where you can go with your child. There is a rich collection of Mediterranean underwater inhabitants. Fans of diving and snorkelling will be ... Open »
Marche Region
In Macerata and Urbino a child will most likely be interested in universities. Those ancient places of knowledge, which are a couple of centuries old, are remarkably different from the modern ones, and cannot but attract attention. In Urbino, which is also a native city of Raphael Santi, there is a great art gallery. If your kid likes art, don’t miss this chance to see the ... Open »

Guide to sightseeing and entertainment for children in Isole Pontine - parks, attractions, museums, zoos, water-parks. All fascinating and educational sites of Isole Pontine, which are must visit and see for your child. Find out the best discovery routes and places for kids (local theaters, exhibitions and museums), where you can spend quality time together. Isole Pontine for families with children.